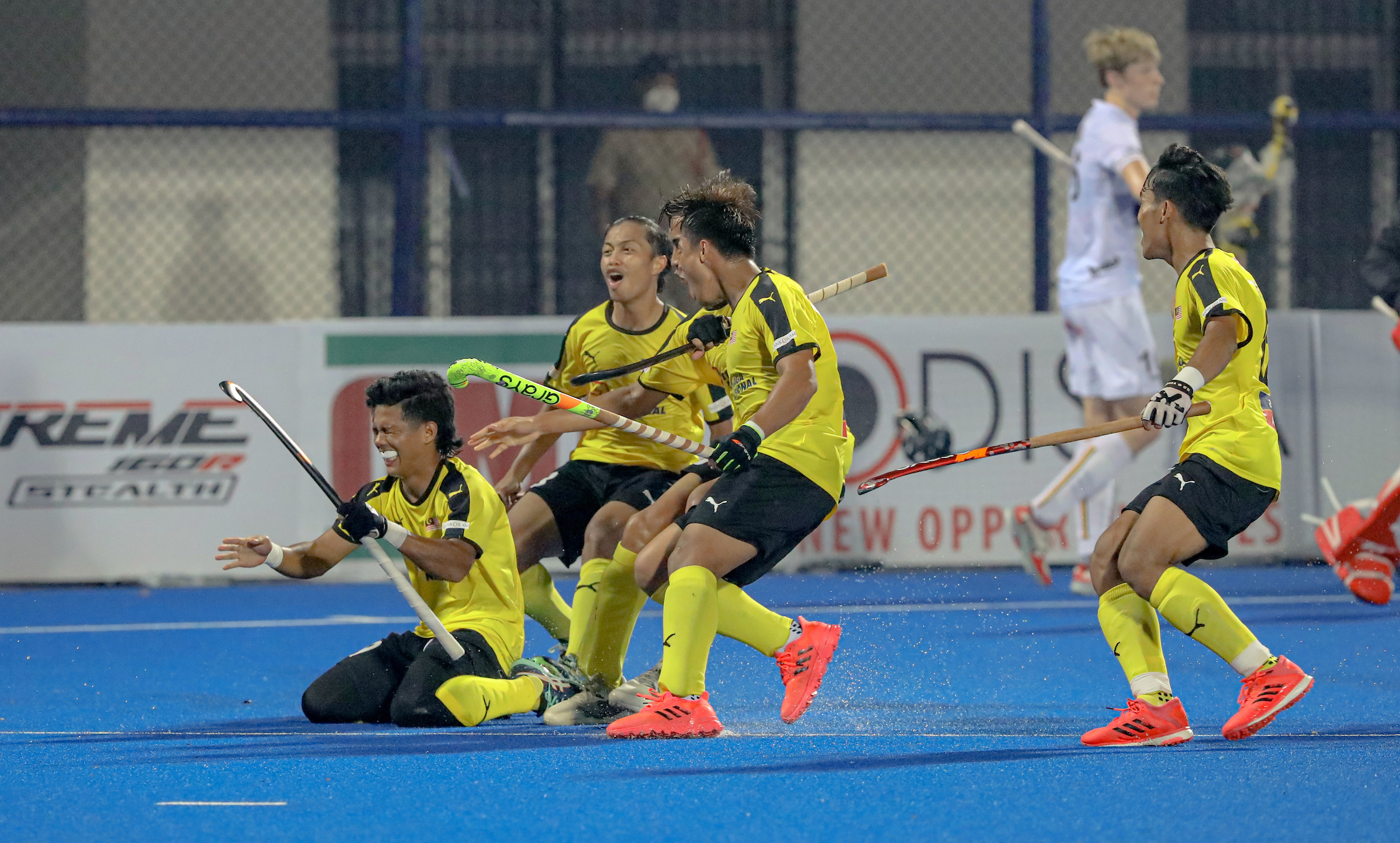 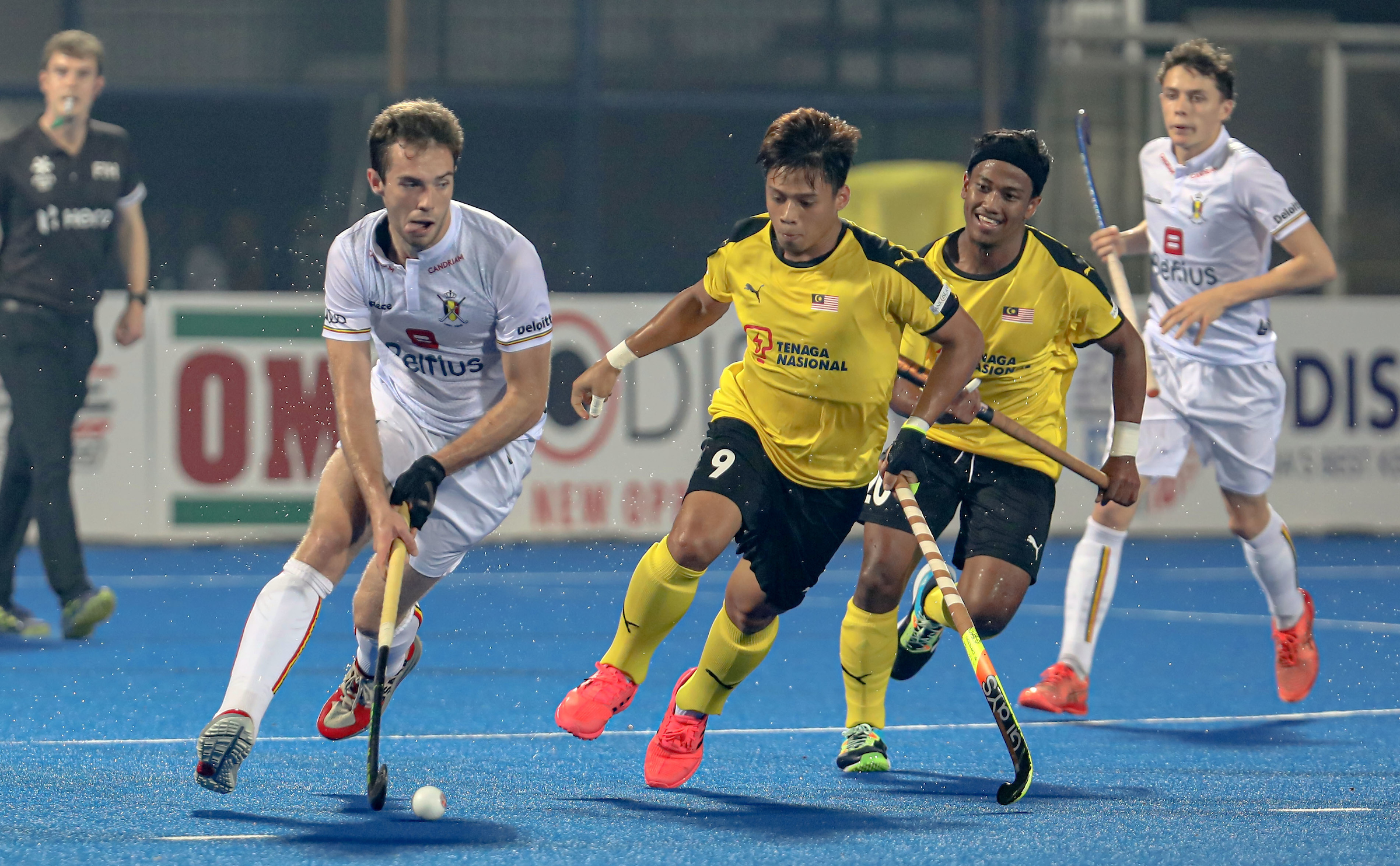 MALAYSIA and Belgium played to 1-1 draw to share the spoils in their second Pool A match in the FIH Odisha Men’s Junior World Cup hockey tournament at Kalinga Stadium in Bhubaneswar here.

All bets were clearly on the Belgians but in the end, it was the underdog Malaysian Juniors who rose to the occasion with an outstanding display to stretch the Young Lions in a closely-fought match, which almost resulted in a shocking win against the 2016 runner-up.

Belgium went into the offence from the get-go, adopting a fast game and pressing the Malaysians from all angles. However, the Malaysian defence marshalled by Arif Shafie Ishak played well to absorb attacks from their rivals who made use of their speed play to penetrate the D in the first 10 minutes of the first quarter.

The heroic performance of goalkeeper Che Shahrul Azmi Saupi, voted as the man of the match, was demonstrated when he saved at least three penalty corners to contribute to tonight’s outcome.

After a tight first quarter, Malaysia challenged Belgium with several attacks in the last minutes of quarter 2. Taking advantage of their first penalty corner, 21-year-old Muhammad Amirul Hamizan Azahar broke the deadlock with a timely shot past Belgian custodian from a rebound in the 29th minute to put Malaysia ahead.

Upon resumption, Belgium stepped up their pace with a string of early attacks which earned them three penalty corners in a row. However, goalkeeper Che Shahrul and defender Arif Ishak played well and were in their element to keep the Belgians at bay.

After continuous pressure to force Malaysia into making errors, Belgium finally drew level with a penalty corner goal from Thibeau Stockbroekx who blasted home past Shahrul’s right on the 49th minute. 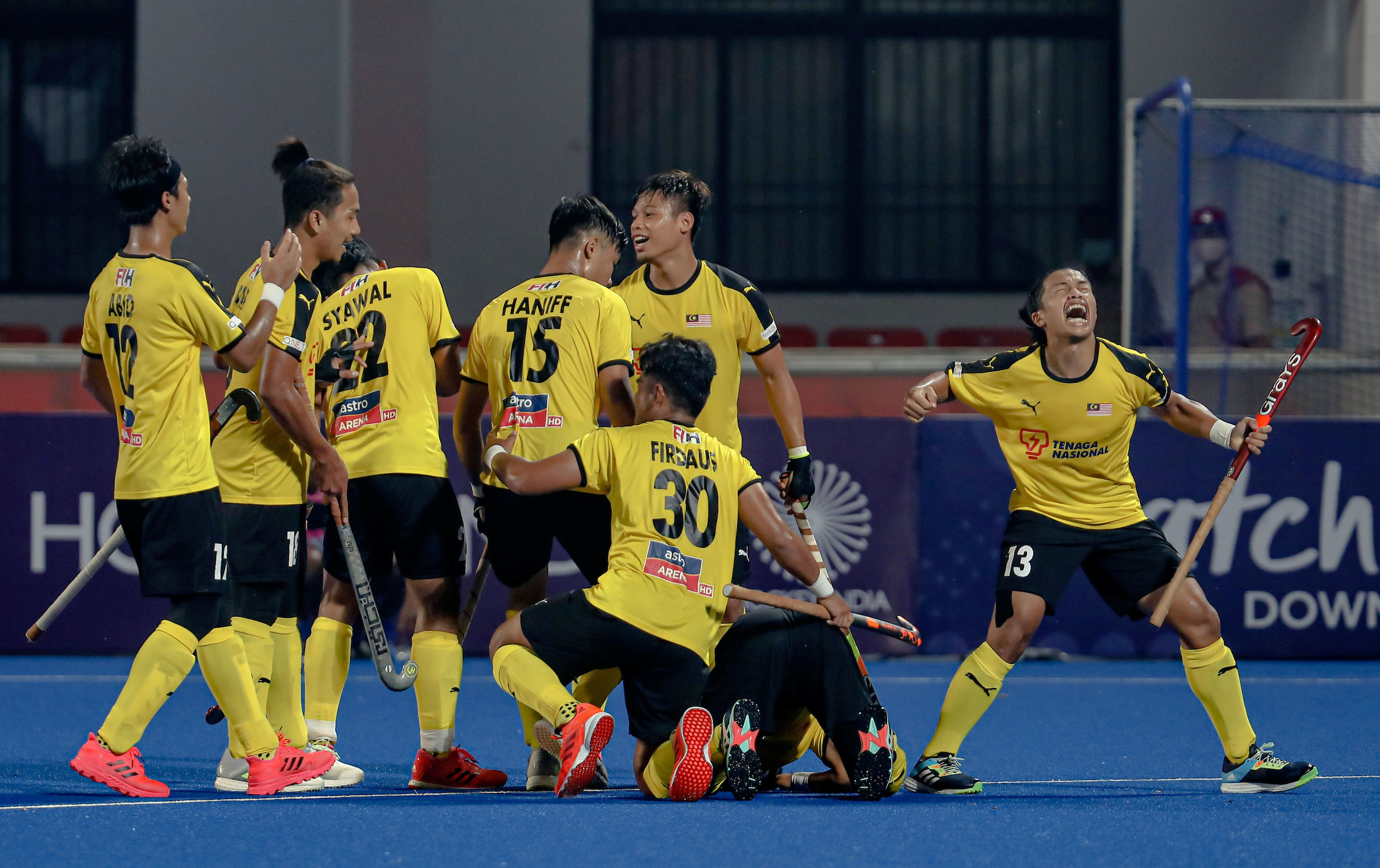 The last 10 minutes saw both teams playing aggressively which saw some players including forward Kamaruzzaman Kamaruddin sustaining injuries and had to be stretchered out. With minutes away from the final whistle. Malaysia kept their composure to keep the Belgian attacks at bay and end the game on level terms.

Both teams are now tied with four points at the top of Pool A, with Malaysia needing at least a draw in their all-important match against South Africa tomorrow to book their berth in the quarterfinals.

Che Shahrul Azmi Saupi, voted as man of the match said: “We worked hard as a team for this victory…the next game will be decisive and we’ll work even harder tomorrow against South Africa.”