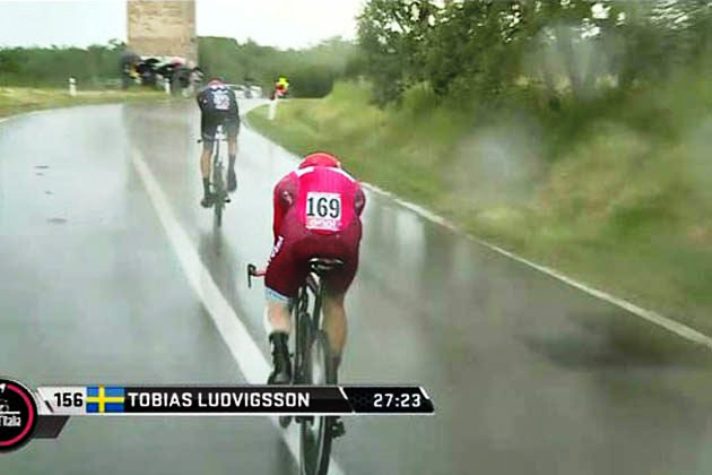 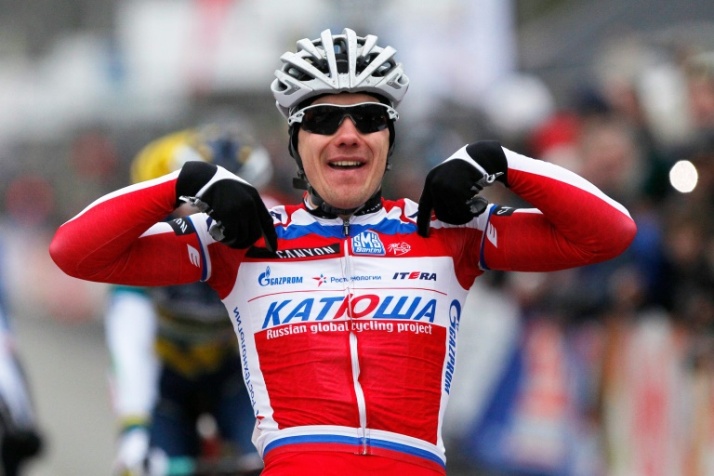 Tsatevich, 26, was initially fined and handed a time penalty for breaking UCI rules by shadowing Sweden’s Tobias Ludvigsson, of the Giant team, during the ninth stage time trial in the Chianti region on Sunday.

Drafting, or sitting close behind the back wheel of another rider, is illegal in time trials because it allows the second rider to save precious energy.

Tsatevich was fined 100 Swiss Francs ($102, 90 euros) by UCI race commissaires, and picked up a time penalty of nearly seven minutes for his “failure to respect regulation distances and gaps between riders”.

Katusha, however, went one step further by taking the Russian off the race altogether.

The team’s sporting director Dmitry Konyshev apologised for Tsatevich’s “behavior” and said it was “absolutely unacceptable”.

“His behavior has negative impact on the image of cycling in general and Team Katusha in particular,” he said.

Despite his absence leaving the team one support rider short for helping overall contender Ilnur Zakarin in the final two weeks, Konyshev added: “Accepting the commissaires penalty was not enough for us. We had to take more severe measures.

“It is not easy to enter the second week of the race with just eight riders, but I believe we’ve made the right decision.”

The race resumes Tuesday with a 219 km 10th stage from Bisenzio to Sestolast.

Italian Vincenzo Nibali, the 2013 champion who was thrown off last year’s Tour of Spain for holding on to a team car, is the big favourite for overall victory in Turin on May 29. – Agence France-Presse