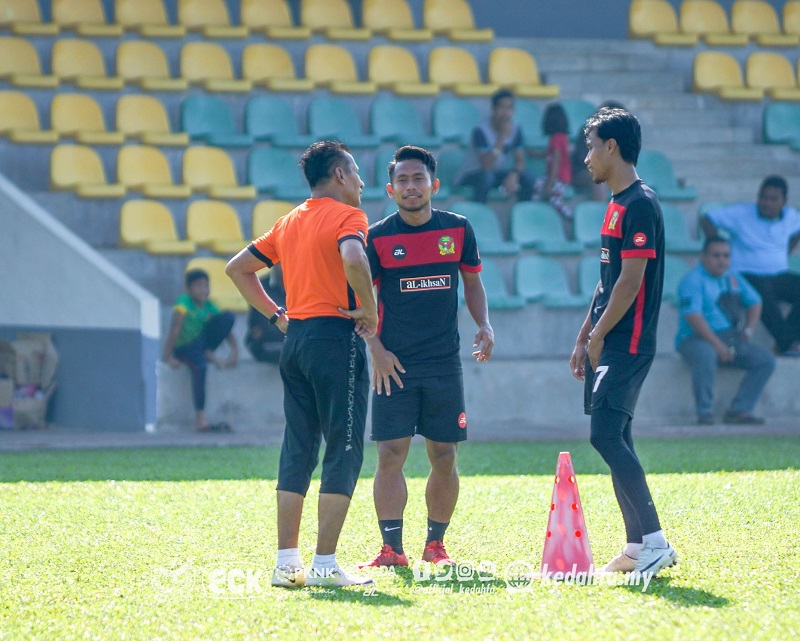 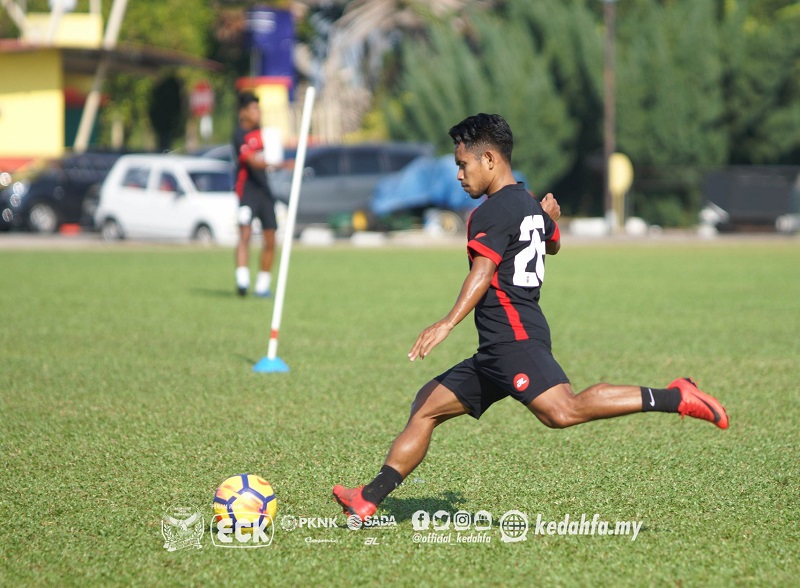 He has signed a one year deal with the Red Eagles and Kedah are hoping for a change of fortunes in the Super League after two defeats to Kedah and Perak in their opening two matches.

“I am glad to be back playing in the M-League. The offer from Kedah came at the right time and as a professional I will give my best to my new team. Kedah is already registered in my heart,” said Andik after the training session with his new teammates.

In the same breath the 26-year-old from Surabaya told Kedah fans and supporters that they need worry of his past stint with Selangor. Andik played for the Red Giants from 2013 to 2017 and became the mainstay of the Klang Valley team.

“I am a professional and I will give my loyalty to my new employers, I hope to turn things around for Kedah after losing their first two matches. I will not promise anything but expect the best from me.”

Andik also revealed that he was not able to strike a deal with his club in Indonesia – Persebaya Surabaya – after the club’s management and he could not agree to the terms and conditions. Persebaya earned promotion after winning the Liga 2 title last year.

“For me it is Persebaya only and no other clubs in Indonesia…so that it another reason I am back in Malaysia. The Kedah offer came at the right time and I wasted no time to agree to the terms and conditions. I am happy with what we (both parties) agreed.”

Meanwhile, Kedah head coach Ramon Marcote could not hide his excitement in getting Andik in the team.

Kedah won the FA Cup last year and were runners-up in the Malaysia Cup. However, the new season has gone horribly wrong for the Red Eagles. They to Super League champions Johor Darul Takzim (JDT) 2-1 at the Larkin Stadium and 3-1 at home to Perak. The match against JDT was also the Charity Shield match.

Kedah fans turned up in numbers at the Padang Majlis Sukan Negeri Kedah in Alor Setar on Saturday to see their new signing, Indonesian international Andik who willingly posed for selfies with his new fans.

Kedah have been ravaged by injuries. International Syazwan Zainon is nursing a foot injury while another signing Alvaro Silva is kayoed by hamstring injury and has yet to make his M-League debut. Goalkeeper Abdul Hadi Hamid has undergone surgery for ACL (anterior cruciate ligament and is a long term casualty.

National goalkeeper is nursing a hip injury which he sustained in the JDT match and his place has been taken up by reserve keeper Asri Mahmud whose lack of experience in the game against Perak.

“I am keeping my fingers crossed and hope things will change for the better with Andik’s arrival. We need a win badly, we don’t want to lose to another Perak side (PKNP),” said the Spaniard. – BY RIZAL ABDULLAH