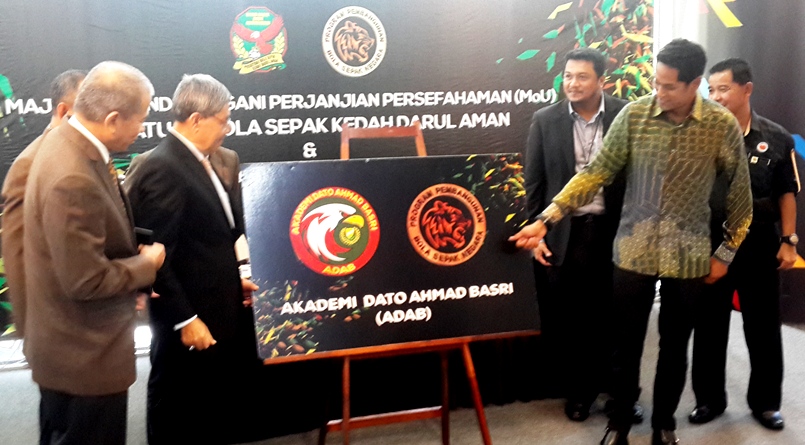 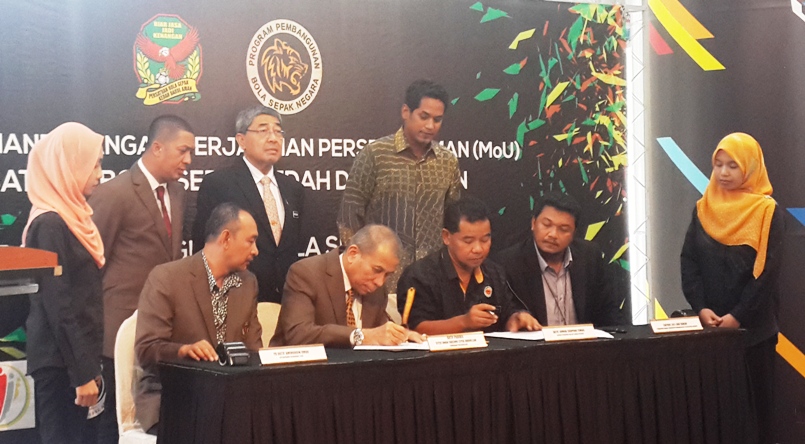 The FA of Kedah (KFA) signed a Memorandum of Understanding (MOU) with the National Football Development Programme (NFDP), with an aim to bring the game in the state to a higher level.

The signing ceremony was held at the Menara KBS in Putrajaya and which was attended by Youth and Sports Minister Khairy Jamaluddin and also the Menteri Besar of Kedah – who is also the President of KFA – Dato’ Seri Ahmad Bashah Md Hanipah.

“I am very happy that the FA of Kedah under Dato’ Seri Ahmad Bashah is the first to accept this offer of a partnership,” said Khairy.

Under the partnership, KFA will work hard in hand with NFDP to give young players the opportunity to play for the national youth teams.

And after they pass the age of 19-years-old, the state would then get the chance to take them for the state team.

“I hope that this partnership will prove to be successful in our efforts to develope good football players for the future.”