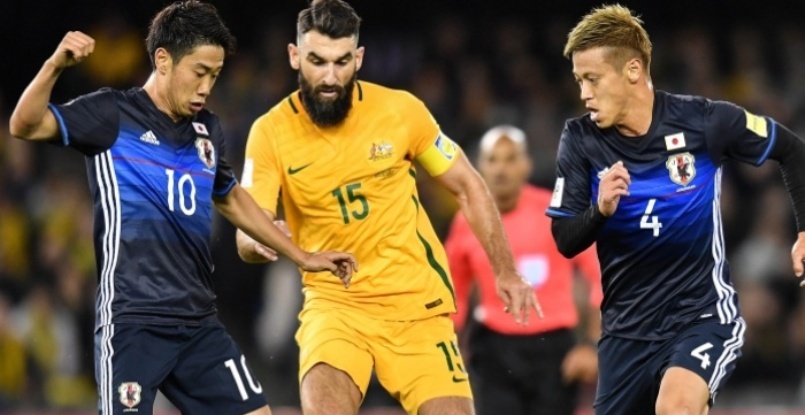 Australia made a lucky escape in Melbourne when a late penalty gave them a 1-1 draw against Japan while ASEAN neighbours Thailand fell yet again in the final qualifying round of the 2018 World Cup.

In the match that was played at the Melbourne’s Docklands Stadium, midfielder Keisuke Honda play to Genki Haraguchi in the fifth minute allowed the latter to slot home past goalkeeper Mathew Ryan.

But a penalty six minutes into the second half from Mile Jedinak allowed Australia to escape with the 1-1 draw for the one point.

“If you look at it, we were very poor in the first half and we got off to a really poor start by conceding a very soft goal and we just didn’t have enough intent inside the first 45 minutes to break them down,” said Australia coach Ange Postecoglou.

IN THE MEANTIME, Thailand fell to their fourth defeat in the qualifiers when they conceded a 4-0 loss to Iraq at Tehran’s PAS Stadium.

All four goals were scored by Mohanad Adbulraheem in the eighth, 25th, 87th and 90th minute.