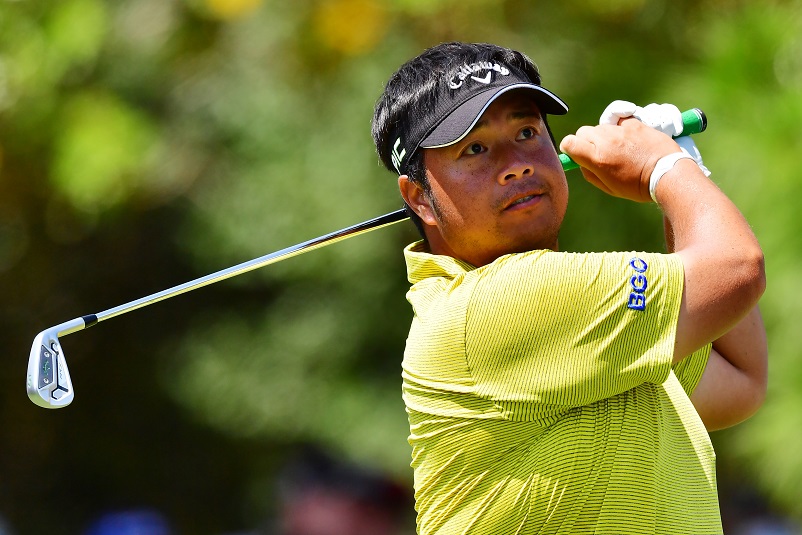 Thailand’s Kiradech Aphibarnrat carded a second round of 2-under 69 to share 27th place in the Nationwide Children’s Hospital Championship on Friday, five shots behind co-leaders David Lipsky and Stephen Jaeger.

The 32-year-old Kiradech made four birdies against two bogeys at The Ohio State University Golf Club (Scarlet Course) for a 5-under 137 total and is projected to drop from T15 to T22 in the Korn Ferry Tour Finals Top-25 standings, which will see the leading 25 players earning PGA TOUR memberships.

The Thai star, who is a four-time European Tour winner, lost his PGA TOUR card by finishing outside the top-125 of the FedExCup standings following the conclusion of the Regular Season two weeks ago. After finding 12 fairways and 13 greens in regulation, his birdies came on Hole Nos. 12, 14, 17 and 4 and he dropped bogeys on the 10th and 13th holes.

Japan’s Satoshi Kodaira, a one-time winner on the PGA TOUR, fired a flawless 64 to charge into a share of third place to enhance his chances of a quick return to the TOUR. He toured the front nine with seven birdies, including five in a row from the fourth hole, and then parred home to end the day one off the lead.

Three other Asians missed the halfway cut, which puts them in a do-or-die final event next week in their chase for one of the 25 PGA TOUR cards available in the Korn Ferry Tour Finals.

Korea’s Seung-yul Noh and China’s Marty Zecheng Dou shot 69s to miss the cut set at 139 by one and two shots respectively while Byeong Hun An stumbled to a 75 to miss the cut for the second straight week.

Nothing changed atop the Nationwide Children’s Hospital Championship leaderboard Friday, as 18-hole leaders Jaeger and Lipsky fired matching 2-under 69s and reached 10-under par for the tournament, leaving them one stroke clear of seven players in T3 position.

Third-round pairings will run from 9:30 a.m. through 3:05 p.m. off the first tee. Golf Channel will provide live telecast coverage from 5-7 p.m.