Home International Did you know? #ItalianWorldSBK in Numbers 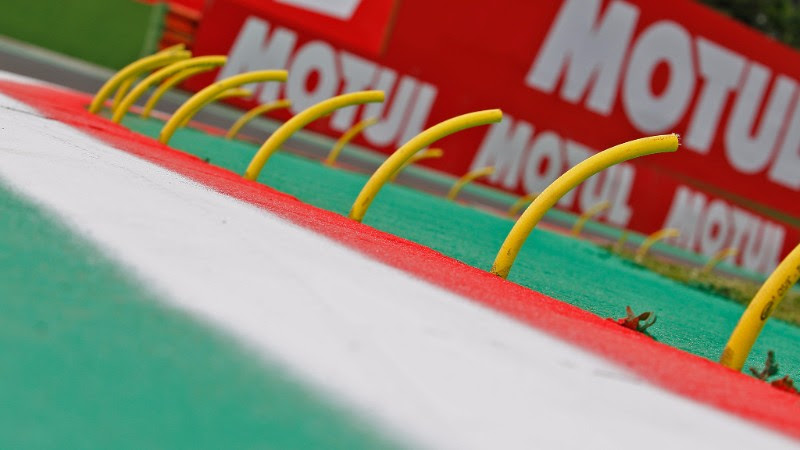 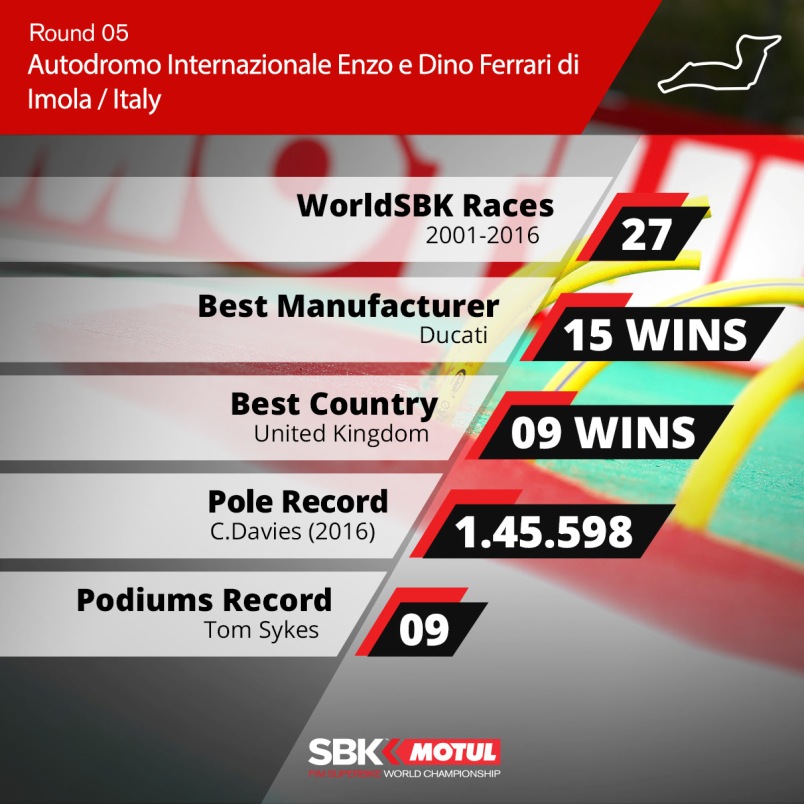 With the Italian MOTUL FIM Superbike World Championship round just around the corner, keep up with all the facts and stats from the historic circuit below. With historic races and highlights all on the WorldSBK VideoPass, sign up and don’t miss out on any WorldSBK action.

500 – Last year Great Britain became the first country with more than 500 podium finishes in Race 1. Their tally now is 560.

219 & 220 – Race 2 in Imola will be Tom Sykes’ 220th start in WorldSBK, the 190th for Kawasaki. No other rider in WorldSBK history raced so much with a single manufacturer (Haga follows at 181 races for Yamaha). In Race 1 he will equal Carl Fogarty’s number of starts, 219, for the fifth all-time place (all-time record Troy Corser: 377 starts).

201 – Jonathan Rea’s next race will be his 201st: he will enter the top-10 all-time list, equalling the starts of double World Champion James Toseland.

94 – If Jonathan Rea leads for more than six laps in the upcoming weekend, he will be the first rider to have led more than 100 laps at this track.

23 – 23 wins out of 27 in Imola came from the front row of the starting grid, 85% of the total. This value will be put to the test with the new regulations for Race 2.

12 – So far Imola had twelve different pole sitters out of 14 race weekends. The only rider who scored more than one pole is Tom Sykes, with three.

9 – Tom Sykes holds the record for podium finishes at Imola, 9: he is in the best position to be the first one who hits 10, with his team-mate Rea just behind at 8.

9 – Carlos Checa is the rider who won the race here from the lowest grid spot: he recorded the double in 2010 starting from 9th in both races.

8 – The last eight races held here have all been won by british riders (Sykes, Rea, Davies): a stunning record for only one country in Imola, as the next best is a string of three by Spain (all by Carlos Checa) from 2011 Race 2 to 2012 Race 2.

7 – The last seven races held at Imola have been led by a single team each time. The string started in 2013 Race 2, when Sykes led all the way for Kawasaki; in 2014 Jonathan Rea led both races from lights to flag for Honda; in 2015 the only leaders were the Kawasaki riders Rea and Sykes; last year the only bike hitting the front every time around was Chaz Davies’ Ducati.

6 – Tom Sykes holds the record for the highest number of front row starts here: he has started from the front six times in Imola.

5 – Is the highest number of wins at Imola, shared by Carlos Checa and Jonathan Rea.

4 – Pole has been decided by less than one tenth of a second around Imola four times in total: the last time was in 2015, when Davide Giugliano and Tom Sykes were separated by 0.084 seconds.

3 – Only three riders currently on the entry list have ever led a WorldSBK race at Imola; Tom Sykes (8 times), Jonathan Rea (6 times) and Chaz Davies, who led all the laps in both races last year.

3 – The last three races run here were led only by one rider: Rea was the sole leader in the second 2015 Race, while Davies led both races from lights to flag last year.

1 – Jonathan Rea is the only rider able to score four consecutive wins at Imola, with a double in 2014 and 2015 for two different manufacturers: Honda and Kawasaki. He was also able to break Carlos Checa’s dominance in the 2010-2012 period, winning Race 1, 2011: all the other five races in those years went to the Spaniard.

1 – Only one country was represented on the podium last year: with Davies, Rea and Sykes, there was an all-British podium twice.

0.021 seconds – This is the smallest margin for a win in Imola: it was recorded in the 2nd 2001 Race, between Regis Laconi –at his maiden win and podium appearance- and Ruben Xaus. Xaus took revenge two years later, winning over Laconi with the largest margin ever recorded here: 12.038 seconds (Race 2).

A circuit for doubles – Nine out of thirteen(*) in Imola

Imola so far has been a circuit which has seemingly favoured doubles: the winner has been the same in both races no less than nine times out of thirteen. The first was Colin Edwards, back in 2002, in one of the most epic season finales in history. Ruben Xaus and Regis Laconi followed in 2002 and 2003, and in more recent years there have been six doubles in the last seven visits here: Carlos Checa (2010-2012), Tom Sykes (2013), Jonathan Rea (2014-2015), Chaz Davies (2016).