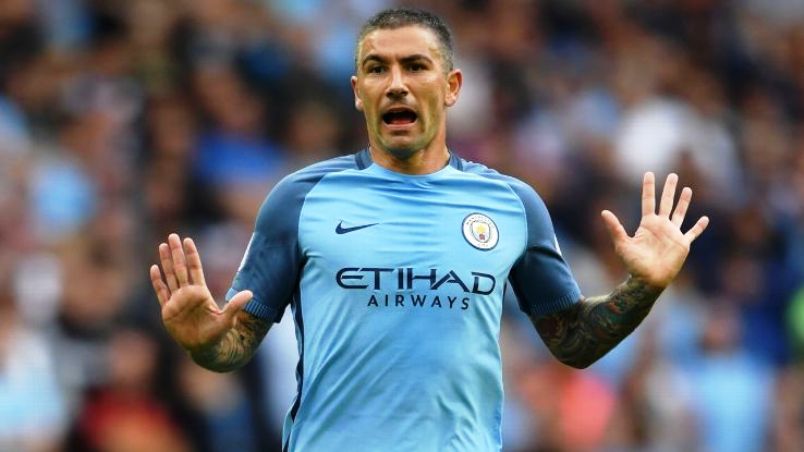 Manchester City’s left-back Aleksandar Kolarov is on the verge of a move to Serie A side AS Roma, Blues boss Pep Guardiola said Friday.

The Serbia international was left out of the side beaten by Manchester United in the Houston friendly on Thursday, and former Barcelona boss Guardiola says he won’t stand in Kolarov’s way after he expressed a desire to leave.

“I don’t like working with people who don’t want to stay. He has a big chance to go to Roma,” confirmed the City manager.

“He has said he wants to leave. I wish him all the best.”

Kolarov has been a key component of City’s success since joining the club from Roma’s fierce rivals Lazio in 2010 for £16 million ($20.8 million, 17.8 million euros), winning two Premier League titles, two League Cups and one FA Cup.

The 31-year-old is set to join the mass exodus of full-backs in the close season at Etihad Stadium, with Gael Clichy, Bacary Sagna and Pablo Zabaleta having all left the club.

Kyle Walker has since been signed from Tottenham, while a deal for Real Madrid right-back Danilo is understood to be close.

Guardiola, though, has endured some setbacks in his pursuit of full-backs this summer having missed out on Dani Alves who opted for PSG, while a bid for Monaco’s Benjamin Mendy was rejected. – Agence France-Presse