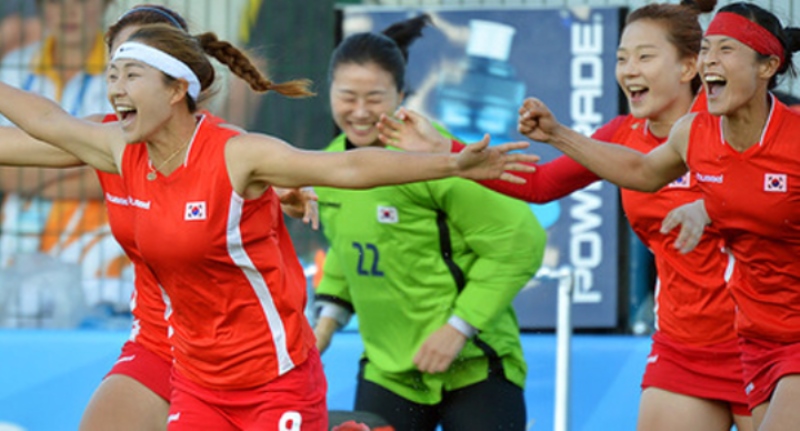 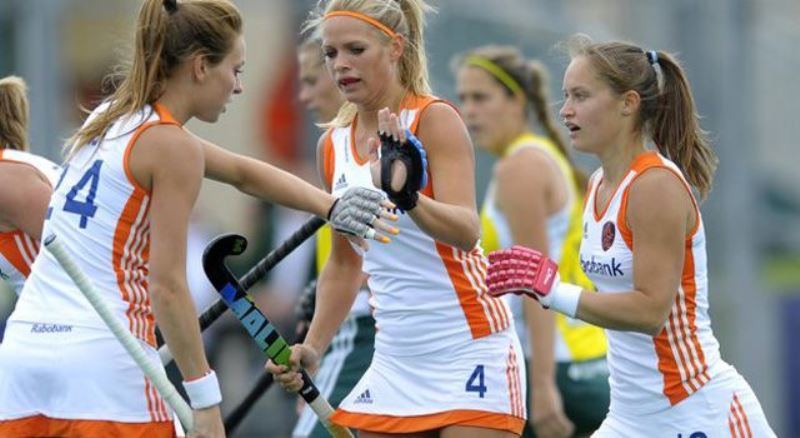 Plenty of goals throughout second day of action

Argentina ignited their first match with a brace of goals in the first half. The match was only three minutes in when their defender Noel Barrionuevo, playing in her 294th match, converted a penalty corner. Then in the 18th minute Martina Cavallero mesmerised the Chinese defence as she cleverly jinked her way under pressure in the circle and slipped it passed Chinese keeper Dongxiao Li.
China were denied possession throughout the first two quarters, with Argentina captain Delfina Merino in particular continually challenging the Chinese defenders with her close ball control and near perfect passing, whilst Cavellero also delivered a stellar performance.
The third quarter started as the first half finished with Argentina hot on attack, their continued superiority rewarded in the 34th minute as the tenacious Maria Granatto pounced on a rebound to smash the ball high to goalkeeper Li’s outstretched right hand.
After their 3-0 win, Argentina’s captain Delfina Merino said: “We had a really good game today. We scored a lot of goals, which is always great for the first game, but we have many improvements to make ahead of our upcoming matches.”
In the other game in Pool B, a devastating final quarter by Germany saw them score two goals to defeat European rivals England.
The deadlock was broken in the 51st minute when Charlotte Stapenhorst’s shot flew past the right of England goalkeeper Amy Tennant from a penalty corner.
Germany followed that up with another penalty corner conversion. Nike Lorenz, who was powerful in the defence all match, strode up and sealed the victory with four minutes left on the clock.
Speaking afterwards, Stapenhorst said: “It was a great start – winning 2-0 against England. We have a new coach and a new team so it was really nice to get off to a good start against a strong team, but we missed a lot of chances.”
In the third game of the day, Korea produced a stunning comeback to defeat hosts New Zealand 2-1 in front of another packed house.
Despite the wet and windy conditions both teams started and maintained a frantic pace which made for spectacular hockey.
The first two quarters were littered with goal scoring chances. New Zealand were frustrated by their inability to convert from a multitude of opportunities.
29 year-old Korean goalkeeper Soo Ji Jang dominated her circle with a wide array of excellent blocks and aerial saves, those in the 22nd minute her best effort in repelling a New Zealand barrage.
The Black Sticks warmed the spirits of the wet home fans as they opened the scoring in the 36th minute following a Stacey Michelson drive right to left from just inside the attacking quarter.
Ella Gunson pounced on the Korean missed trap mid circle and did well to get the shot away at goal but only for a diving Erin Goad to tap in.
Despite New Zealand dominating large parts of the game, Korea scored two goals in two minutes to dramatically take the win over the host nation.
A stunningly accurate pass in the 51st minute from Youngran Kim found Cho Hyejin high in the circle who made no mistake as she drove the ball into the New Zealand net.
Two minutes later, Korea took the lead with an almost identical piece of play. With the ever-dangerous Seunga Park tucked in behind the New Zealand defence, she received the ball inside the circle with only the goalkeeper to beat and expertly rammed home her chance.
Following their victory, Korea’s Hyejin Cho said: “We were nervous at the start of this match but it felt amazing to take the win. Our first goal came just at the right time as we were feeling down. But it goes to show that by trying hard we got ourselves back into the game and came out with a win.”

In the final match of the day, the Netherlands put on an exhibition of seamless stick to stick passing whilst USA took what possession they could during challenging weather conditions.

Despite strong defence, USA failed to repel Maartje Krekelaar’s accurate shot into the top of the net in the 18th minute after a scramble in their defensive circle.
22 year-old Krekelaar, in only her 24th international match, added to her growing reputation as a quality and consistent striker as she scored her second goal in the 37th minute. Hovering again to the left of the penalty spot, she flicked the ball into the goal in a snap to double her side’s lead.
The Netherlands went on to see out their 2-0 win, showing all the attributes of a world champion side – efficient, fluent, fast-paced, accurate and athletic.
Speaking about their win, Krekelaar said: “The first half was very tough with USA. They’re a very hard working team but in the second half we found our rhythm.”
Tomorrow, Germany play China at 18:00 and Argentina take on England at 20:00.
Follow all the action on the official website and FIH’s social channels, Facebook, Twitter, Instagram and Snapchat.
#HWL2017