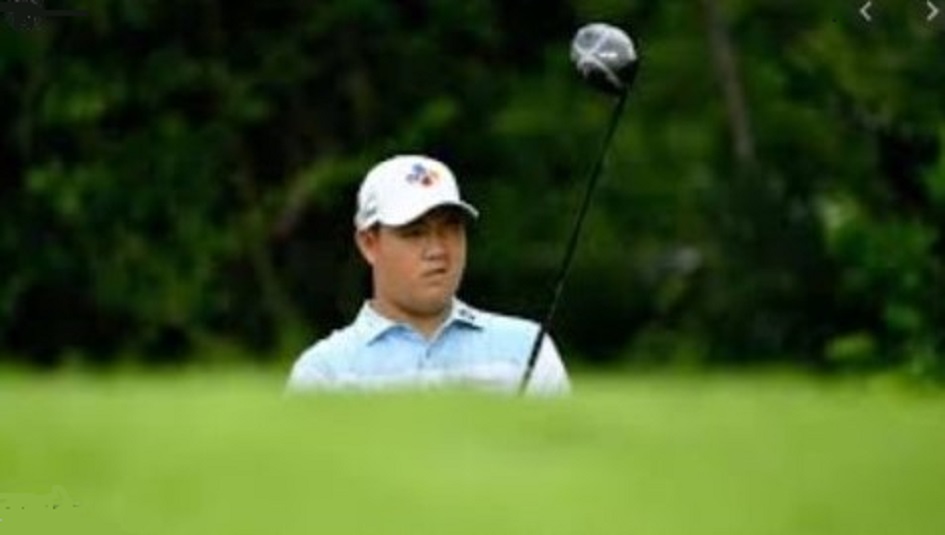 Playing in Scotland for the first time, the 20-year-old Kim fired a final round of 3-under 67 at the Renaissance Club in North Berwick at the US$8 million tournament which is co-sanctioned by the PGA TOUR and DP World Tour as part of a strategic alliance.

American Xander Schauffele, the Tokyo Olympics gold medallist, claimed a thrilling one-shot win over countryman Kurt Kitayama with a closing 70 for his third win of the season and career seventh, and rose to third position on the FedExCup standings.

Kim produced some wonderful golf and grabbed a share of the lead with his fourth birdie of the day on the 17th hole. However, he made bogey at the last by missing a five-foot putt to eventually finish two behind Schauffele.

The top-3 finish was ideal preparation ahead of Kim’s maiden appearance at The Open Championship at St Andrews starting July 14.

“I came in this week just trying my best and I accomplished something. It’s my best finish in a co-sanctioned PGA TOUR and Rolex Series Event so it’s going to move me up and it’s just a stepping stone,” said Kim, who has already won seven times in Asia in his fledgling career.

The talented Korean had produced glimpses of his potential by finishing T17 at the AT&T Byron Nelson in May and a creditable 23rd at the U.S. Open at The Country Club in Brookline last month, the first time he had made the cut in what was his third major.

He wasn’t overly disappointed with his closing bogey, saying his game felt good in every department all week. “I played bogey-free until the last hole and 18 is one of the toughest holes we have this week and it was that last putt, just broke a little bit, obviously with the nerves. Really a solid week and just a confidence boost for next week,” said Kim, who goes by the English name “Tom” as he liked Thomas the Tank Engine cartoon when he was a kid.

“Maybe if I was No. 1 in the world, I would be more frustrated but I’m not. It’s a stepping stone and I feel like even though I missed the last putt on the last hole, I feel like I played really well. I loved it out here. You have to put your ball in certain places and I hit it to 20 feet a lot. I feel I could have definitely won this tournament if I played really well. I’m happy with this result. It’s going to be more fuel for me going into next week and hopefully trying to play better.”

He cannot wait to get to the year’s final major at St Andrews as he continues to chart his golf career. As he prepares to take the short drive to the Home of Golf, Kim was already planning on which photos he would be seeking to capture during his time at the world’s oldest golf course.

“I’ve been playing really solid coming into this week and obviously finishing 23rd in the U.S. Open was a very big thing for me where I feel like I can compete with these guys. This week, last hole, my second shot, I kind of got the chills, I practiced my whole life for this, coming down the stretch where a lot of the top players in the world came and me, tied for the lead coming to the last hole it was a great feeling. It’s a stepping stone for me and definitely baby steps forward.

“I missed my first chance at St George’s but I think it was waiting for this one. 150th (Open) at St Andrews, I’ve only heard good things about it. I’m heading over today and hopefully see the course tomorrow. Just look at the course and just take it all in.”