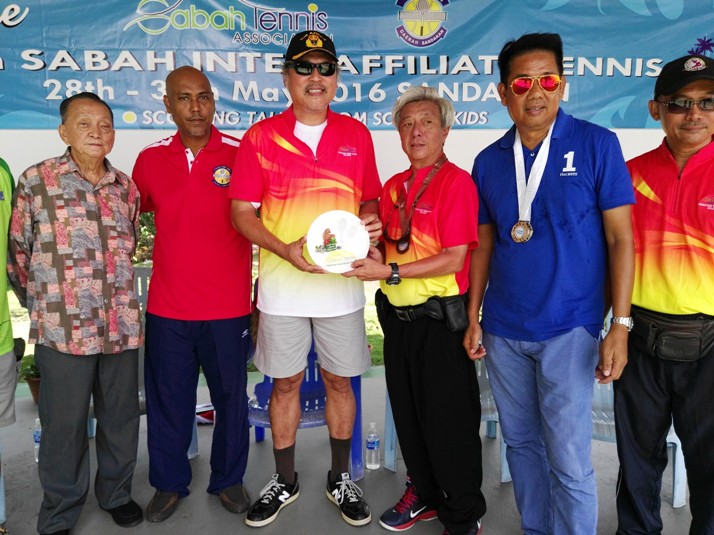 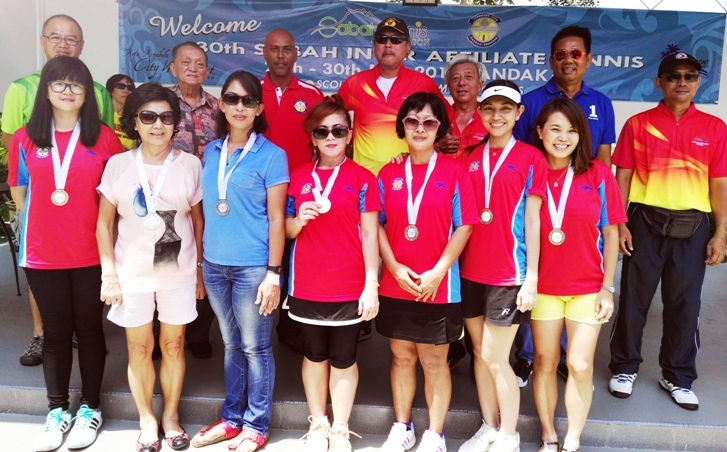 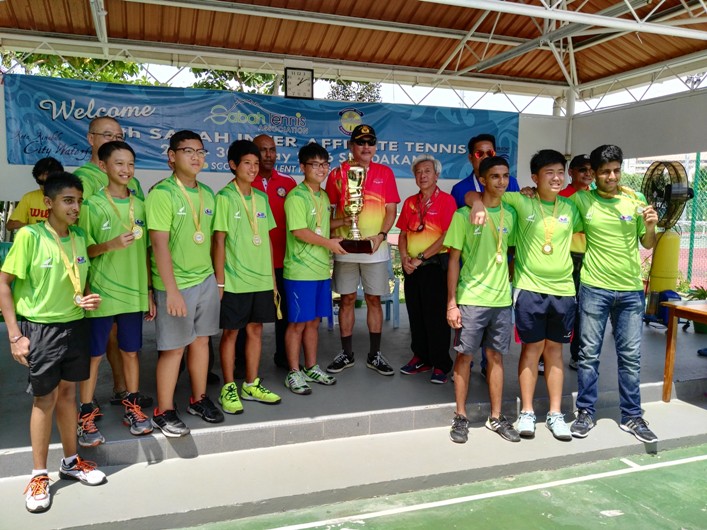 The 30th Sabah inter affiliates team tennis held in Sandakan for the last 3 days saw intense tennis in all the categories: men, ladies, juniors and veterans.

Seven out of the nine affiliates participated in the annual team tennis hosted by Sandakan on a rotational basis.

After the  AGM held on the first night, a welcoming dinner on the 2nd night was welcomed by heavy rain that has not been seen in Sandakan for the last 6 months. It was a good welcome for Sandakan.

The 3 days of play saw intense competitive tennis in all the categories. All the players fought like no other matters.

Sandakan fought tooth and nail with rival KK in all the categories. In the end of the final day KK won all the titles for the 4 categories to win the following:

The Sabah Chief Minister Challenge trophy was also lifted by KK. This is the 2nd year KK won all the categories.

Sandakan came in second overall while Lahad Datu and Tawau are joint third. Kudat 4th , followed by Keningau and Labuan.

In the prize presentation ceremony was graced by YB Chales O Pang the ADUN for Karamunting and President of Sabah squash.

Johnson Koh also reiterated the voluntarism responsibilities of the office bearers especially the Presidents  who must abide by the rules of the Sports Commissioner and organized activities of the tennis association.

He opined that the annual tournament must be the most important activity of the district association or else being an affiliate to the Sabah Tennis is of not much use.

The guest of honor YB Chales Pang congratulated the winning teams but encouraged the other teams to step up their efforts to do better each year. He liked the spirit of the annual gathering to compete and to make friends among all tennis players all over the state. It’s a place to see which district can perform better to be the champion.