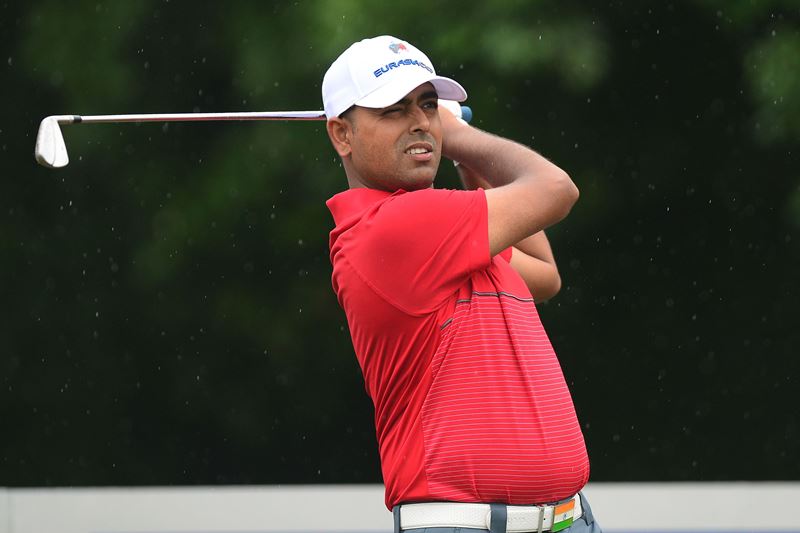 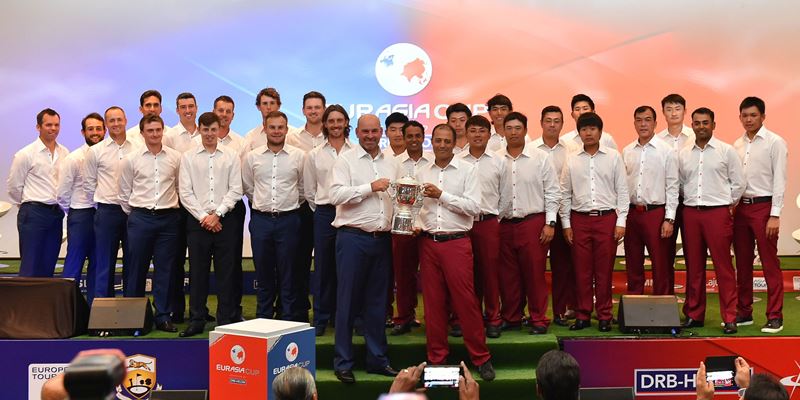 Indian stars Anirban Lahiri and S.S.P. Chawrasia believe they will form a formidable partnership in the opening FridayFourball format at the EurAsia Cup presented by DRB-HIBOM.

It will be the first time the Indian duo are paired together in the EurAsia Cup as they go up against Englishmen Tyrrell Hatton and Ross Fisher in the sixth and final match at the Glenmarie Golf and Country Club.

Lahiri, who has contributed three points for Team Asia in the last two editions in the EurAsia Cup, believes his camaraderie with Chawrasia will give them an edge over their talented opponents.

After representing their country together in the 2016 Olympics in Rio de Janeiro, the Indian pair hopes to do their part and guide Team Asia to their first victory in the EurAsia Cup, which was won by Team Europe in the 2016 edition.

Green, the reigning Asian Tour Order of Merit champion and Ikeda, who is 36th in the world and is the highest ranked player in Team Asia, hope to inspire the team by putting an early point on the scoreboard.

Exciting young Thai talent Phachara Khongwatmai, who is the youngest player in the elite field at the age of 18, will have the experienced Hideto Tanihara of Japan for company in their match against Ireland’s Paul Dunne and Sweden’s Alex Noren.

Team Asia’s captain Arjun Atwal has put his faith in a predominantly young Asian team and the Indian believes Phachara will deliver the goods against Thomas Bjorn’s Team Europe.

I think it was a natural decision for Arjun, S.S.P. and myself.  I think S.S.P. and myself are very comfortable playing with each other.  We have great communication.  We have played so much golf together.  We were at the Olympics a couple years ago, and I think we have very complementary game styles.

S.S.P. is one of the most consistent players here this week, I can go as far as saying that.  Obviously makes life a little bit easier for myself.  If I do play with him later, it’s going to be so much easier for me.  I can go out there and play my game and obviously tomorrow is about making birdies.  He’s a great putter.  I’ve been in good form, so I feel confident with my game.  Hopefully we can go out there and make a bunch of birdies.

Yeah, obviously the more you play, the more you learn, the more opportunities you have to understand.  Match play obviously works differently.  Team match play has its own challenges.  I’ve been very fortunate.  I’ve learned a lot under Captain Price in the two Presidents Cups that I’ve played.  Thongchai and Jeev, and now Arjun, the three captains of the EurAsia Cup.

So I think between 2014 and now, this is my fifth team event in a row, so to speak, so I’ve learned a lot of strategy and how things work.  So whenever there’s anything that I feel that I can add to the team, I do that.

And as far as experience is concerned, I think all the players here know how to play golf.  The most important thing for all of us is to just go out there and play our golf.  We just have to focus on what we do, regardless of which event you play.

If every single one of us makes five birdies or six birdies tomorrow, Asia will be ahead and that’s exactly how we need to think.  We shouldn’t really be looking at the scoreboard too much and we shouldn’t be looking at what our opponents are doing.  Whether it’s the Ryder Cup or the Presidents Cup or the EurAsia Cup, it basically comes down to who makes more birdies and who holds more putts.

At the end of the day it’s simple and it’s not rocket science.  Everybody just has to go out with that attitude, and outside of that, there’s nothing much to say.  Everybody knows how to make birdies and every single one of us is a great player.

Pressure wise, not really, because we’ve been quite a tight team.  We always hang out with each other and we have good dinners and good hangouts.  I think that itself just clears everything off and I think once when we go out tomorrow, we’re just going to go our own thing and what we usually do.

There’s nothing different.  It’s just another golf event.  If individually everybody does well, pretty sure the team is going to do well, too.  I guess we just focus on ourselves and just do the best we can, every one of us.

I’m very excited to be on the Asian team. I just want to do my best and get the win in any match, and I’m happy every time to play match play.  I don’t want to think about anything. I  just want to play my game and help Asia.

I feel very happy to play with a very good player (Hideto Tanihara) with very good skills.  Played with him these past two days and I learned some skills that he has, and then he give me a lot and then I learn that for him.  I think I can try these skills that he gave me tomorrow.