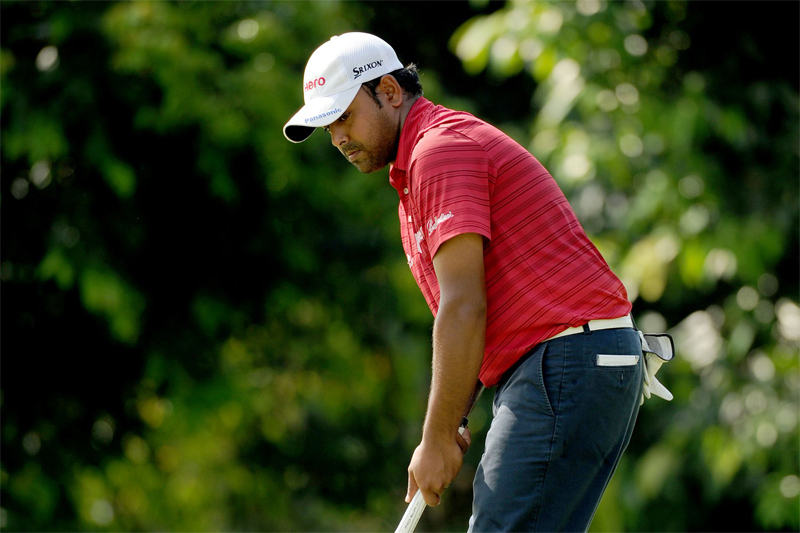 India’s Anirban Lahiri was left to rue a costly double bogey on the last which consigned him to a first round two-over-par 74 at the US$8.5 million WGC-HSBC Champions on Thursday.

The five-time Asian Tour winner trails opening round leader Graeme McDowell of Northern Ireland by seven shots but is confident of reducing the deficit when he returns to the starting tee at the Sheshan International Golf Club tomorrow.

“Today’s just one of those days where things don’t quite work out. But I don’t have to reinvent the wheel as I’m playing well and I just got to keep that going,” said Lahiri.

“I didn’t get the breaks I wanted and it was just those one or two shots that caused me big in the end. I personally feel I played well enough to be in the red and should have got an under-par score today,” added the 27-year-old Indian.

Ranked 73rd in the world, Lahiri stumbled with a bogey in his opening hole. He recovered quickly with a birdie on the second but was pegged back again by another two bogeys on holes four and five.

Birdies on seven and 12 then brought Lahiri to even-par before his double-bogey seven on 18 saw him slip to a share of 42nd place that also included marquee names such as Asian Tour honorary member and Major winner, Ernie Els of South Africa and Spain’s Sergio Garcia.

“It was tough starting out the day in the morning as it was really windy but I think I played really well by fighting back. I should have made a few more birdies on my back-nine and I’m really feeling gutted to have finished poorly with a double bogey,” said Lahiri.