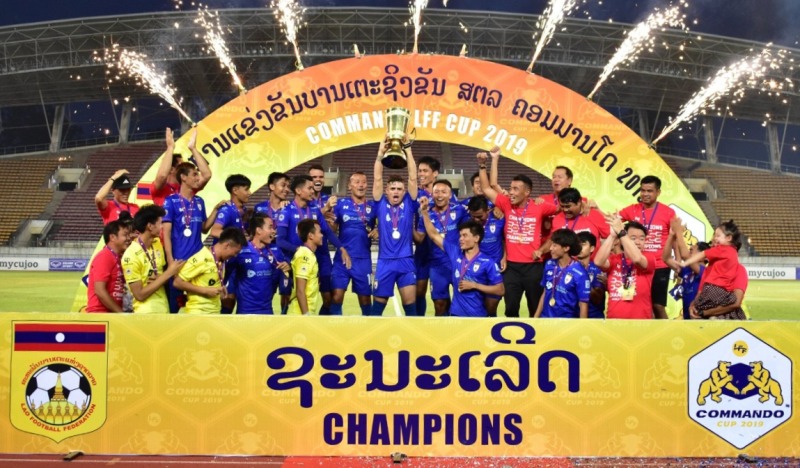 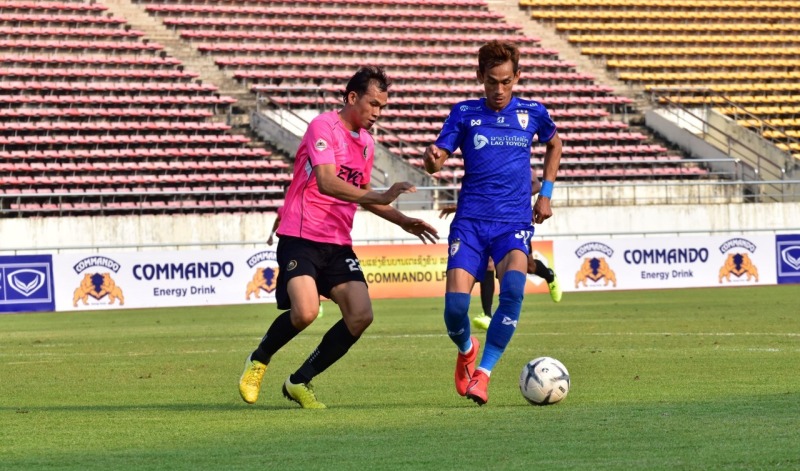 Lao Toyota FC blasted Evo United 8-0 in the final on the weekend to win the inaugural Commando LFF Cup 2019.

The victory gave Lao Toyota FC the double this year after landing the Pepsi Lao Premier League 2019 earlier this month.

In the final match of the Commando LFF Cup that was played at the National Stadium, Evo United were no match for their relentless opponents.

Lao Toyota made sure of the title this year with Thipphachanh Inthavong grabbing a hat-trick with goals in the 11th, 32nd and 59th minute, that was followed by a brace from Somsavath Sophabmixay (46th and 56th minute).

The other goals for Lao Toyota were scored by captain Kazuo Homma in the 41st minute, Manolom Phetphakdy (71st minute) and then Rafael De Sa Rodrigues (90th minute).

Rodrigues also emerged as the tournament top scorer with 11 goals.

In the first round, Lao Toyota blasted Viengchan FC 9-0 before they overcame KPS FC 15-0 in the quarter-final.