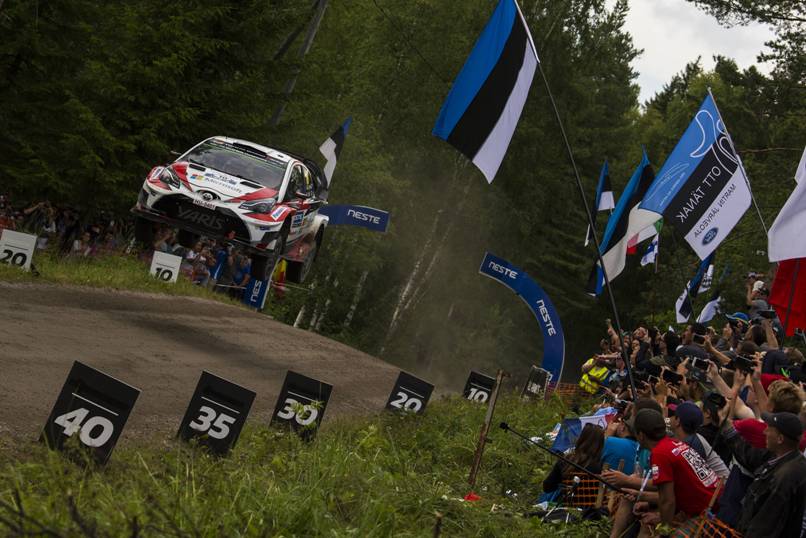 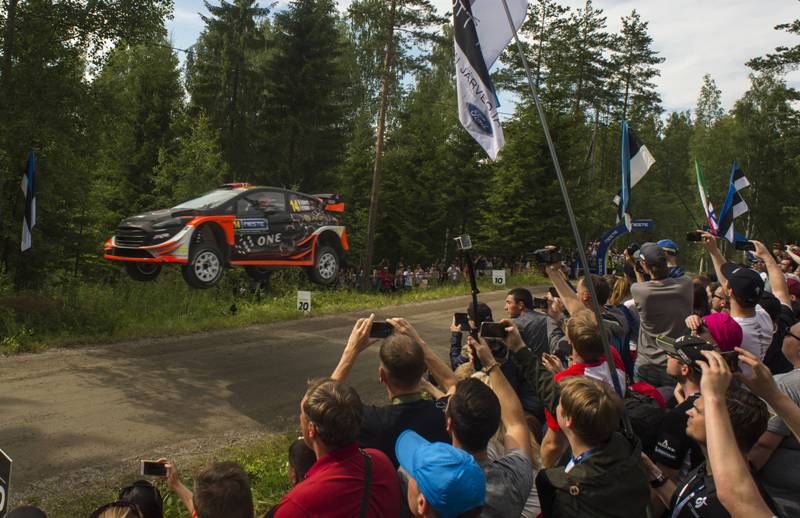 Esapekka Lappi, starting only his fourth event at the top level, ended the penultimate leg of Neste Rally Finland with a 49.1sec lead in his Toyota Yaris over fellow novice Teemu Suninen.

His hopes of a fourth victory on his home event ended when his Yaris ground to a halt with a suspected electrical problem midway through the famous Ouninpohja special stage, leaving Lappi clear.

“I’m disappointed for Jari-Matti but it’s not my fault his car broke down so I need to enjoy this moment now,” said Lappi. “It’s something amazing.

“We led yesterday by 4sec, but this is 50sec and I really need to concentrate to keep my head cool. I had butterflies in my stomach when I saw Jari-Matti.”

Latvala was devastated by his retirement, which also ended Toyota’s hopes of a 1-2-3 finish. He revealed, “It’s one of the biggest disappointments I have faced in my career. I was feeling extremely well and enjoying the driving but once you get a technical problem there’s nothing you can do and that’s a hard part of motorsport.”

There was a huge fight behind Lappi for the remaining podium places. Suninen, starting only his second event in a World Rally Car, lost position after his Ford Fiesta overshot a chicane but climbed to second after overhauling Juho Hänninen in the penultimate test.

Hänninen broke his Yaris’ front anti-roll bar this afternoon and trailed Suninen by 4.3sec in an all-Finnish top three. Elfyn Evans was only 1.3sec behind in fourth after an impressive drive in his Fiesta which culminated in a final stage win.

Craig Breen could not retain his overnight fourth after struggling for rhythm in his Citroen C3 and surviving a spin and an overshoot. The Irishman was 14.7sec clear of title challenger Thierry Neuville, who aimed to capitalise on absent championship leader Sébastien Ogier.

After a disappointing drive yesterday, the Belgian climbed from eighth to sixth as better grip this afternoon suited his Hyundai i20’s set-up.

Ogier did not restart this morning after yesterday’s heavy crash. Co-driver Julien Ingrassia was signed off from competing for 15 days by medical chiefs after being diagnosed with mild concussion.