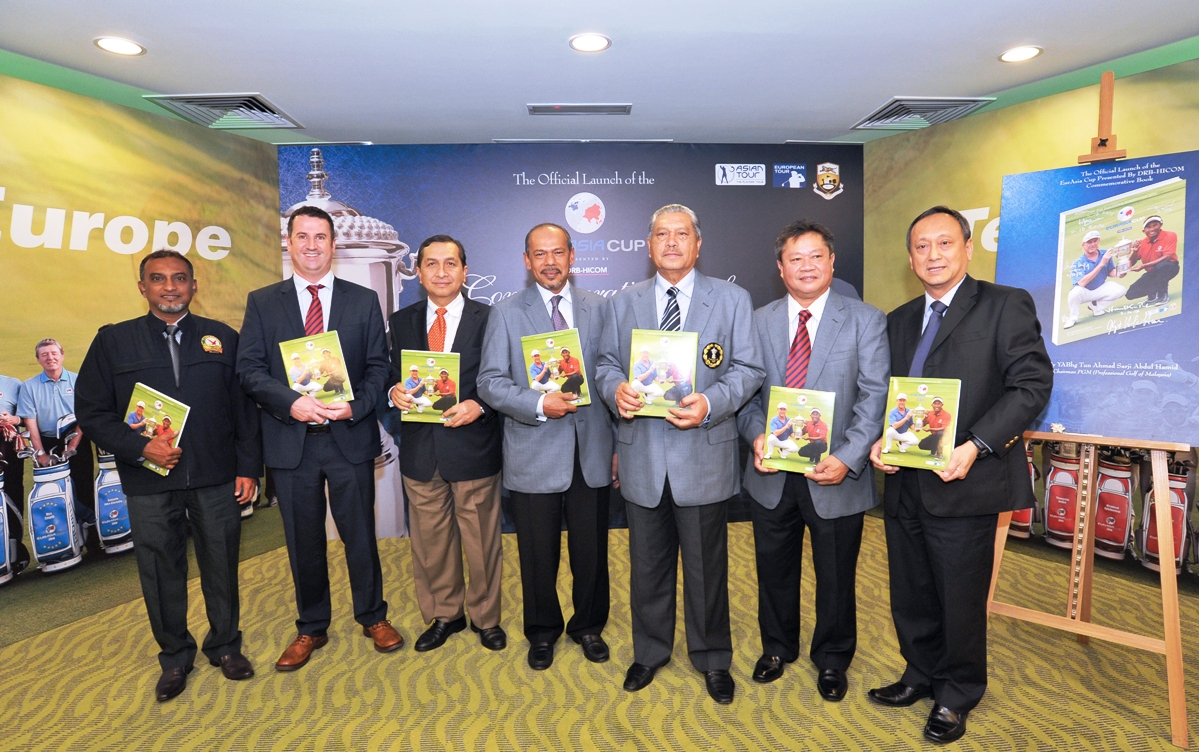 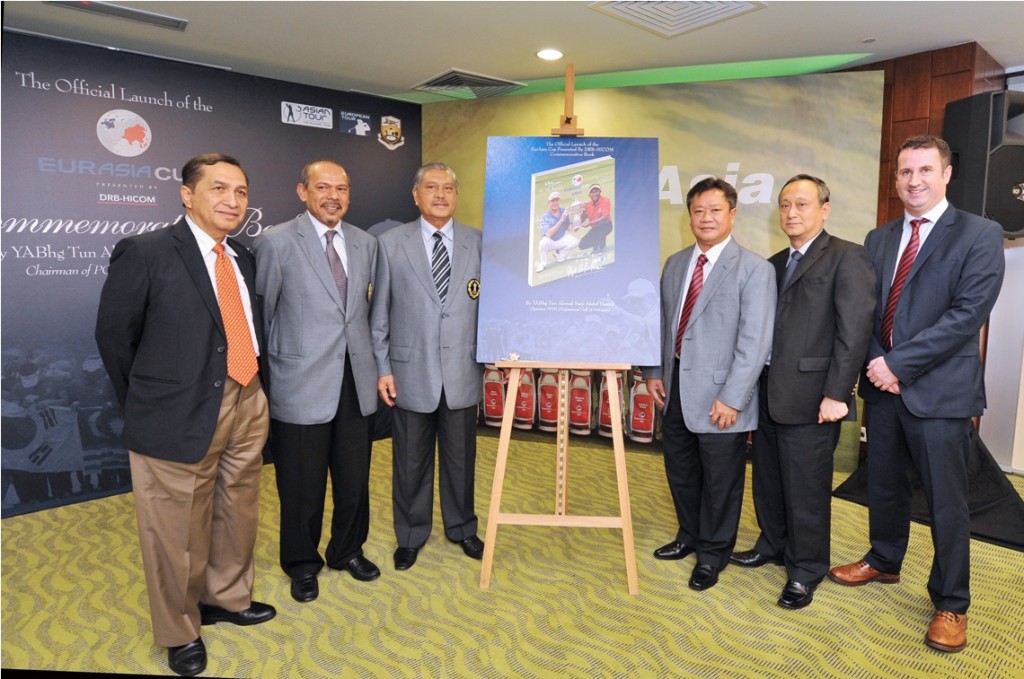 The epic battle between Europe and Asia for the inaugural EurAsia Cup Presented by DRBB-HICOM at the end of March 2014 created golfing history and fittingly it has been captured and recorded in a commemorative book.

It was launched on October 2 with a celebratory lunch at the lofty 39th floor after the ceremony on the fifth of PNB’s Darby Park Executive Suites Hotel in the heart of Kuala Lumpur.

The high-up feeling mirrored the upbeat mood at the launch by none other than the prime mover of the book, Tun Ahmad Sarji bin Abdul Hamid, who was instrumental in bringing the tournament to Malaysia with Prime Minister Dato’ Sri Najib Tun Abdul Razak’s backing and blessing.

Present at the ceremony were sponsors and supporters of the tournament, chief among them Datuk Mohamed Razeek Hussein, Chief Operating Officer, DRB-HICOM, which underwrote the event to the tune of US$8 million.

Nor was it missed by Kyi Hla Han, Asian Tour Chairman and Charlie Tingey representing the European Tour.

‘Witness’ too was the befitting, shiny (Kelantan) silver trophy placed on a pedestal at the back of the room and the one the two teams vied for but in the end shared because the score was tied at 10 points each.

Tun Sarji in speaking just before the launch said he wanted the book to create history of its own for two reasons.

“We acted with great speed. We wanted to show that as soon as a major championship was over we could produce a book for posterity.

“Secondly, I had to travel to Liverpool to present my case for PGM to join the International Federation of PGAs. I thought after my presentation giving copies of the book to Tim Finchem, the American PGA Tour Commissioner, George O’Grady (head of the European Tour) and Kyi Hla Han would help advance my case.”

The book, he said “contains a tapestry of events that unfolded before, during and after the event, tastefully decorated and laced with action pictures and messages.

“It includes the historic speech by the Prime Minister on the last day when he announced to the golfing world that in view of the inconclusive result Malaysia would host the next two editions of the Cup.

“That speech is on the last page of the book and printed in red so it will not be missed.”

He thanked Dato’ Ng Tieh Chuan, Managing Director of Golf Malaysia for producing the book with “top-notch” staff in the magazine.

In speaking earlier, Dato’ Ng revealed that it was really Tun who took charge of the book’s production “from page one to the last page.”

The ceremony was capped by Tun putting his signature, along with the other principal partners and sponsors of the tournament, onto a mounted plaque announcing the book’s launch.