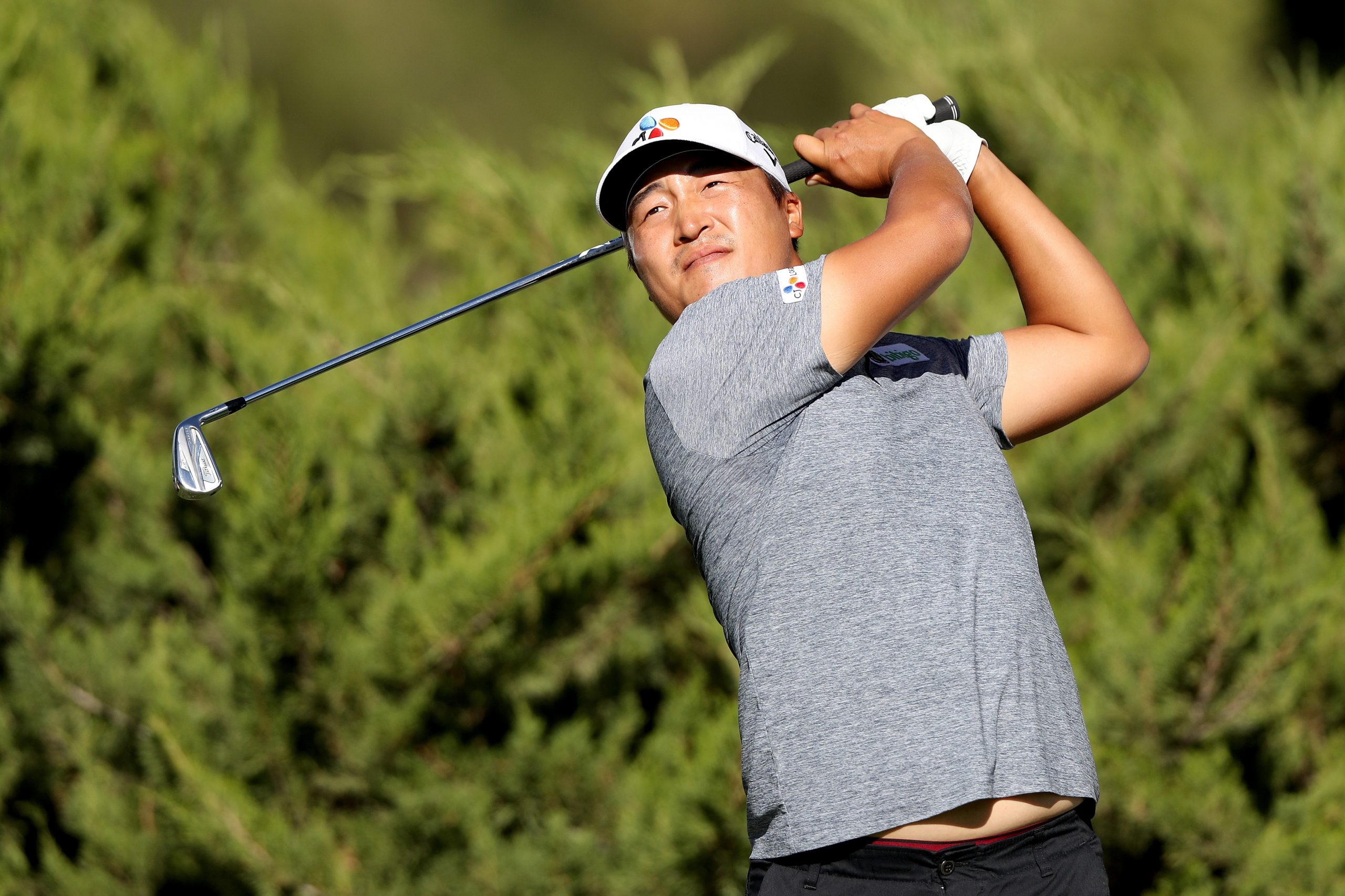 Korea’s K.H. Lee put himself in the hunt for a maiden PGA TOUR victory with a first round 7-under 65 at the AT&T Byron Nelson as Masters champion Hideki Matsuyama marked his return to competition with a 68 at TPC Craig Ranch on Thursday.

In a tournament which has been won by three Asian players previously, the 29-year-old Lee snared eight birdies against a lone bogey to end the day two shots back of co-leaders J.J. Spaun and local favourite, Jordan Spieth who carded matching 63s.

Matsuyama needed time to find his rhythm after spending nearly a month at home in Japan following his historic Masters victory. He needed a back-nine push which featured four birdies to end the round right on the projected cut line. The day’s scoring average was 68.75.

“I struggled with my short game. I did hit some good shots, and it was fun to play in front of the fans and the gallery. Very warm welcome, and it was encouraging to play in front of fans again. Yeah, I really felt like a Masters champion because every hole, every hole, there was just a warm applause and welcome. It was really good to play as Masters champion,” said Matsuyama, who is now Japan’s first male major champion.

Lee is bidding to become a PGA TOUR champion for the first time and succeed compatriot Sung Kang as winner of the AT&T Byron Nelson. Sung, who won in 2019 at Trinity Forest, began his defence with a 67 which featured an eagle on the ninth hole. The tournament was cancelled last year due to COVID-19. Aside from Sung, other past Asian champions here include Sangmoon Bae (2013) and Shigeki Maruyama (2002).

“First of all, I feel great with the quality of my start,” said Lee, who hit 10 fairways and 15 greens in regulation and has made his last five cuts on TOUR. “I hit some great iron shots. I have struggled with my putting recently but I started to feel my putting form getting better. The fairways are wide here so I could drive my tee shots with confidence and comport. Hit some good irons to leave myself with some easy putts,” added Lee, who enjoyed a career best T2 finish at the Waste Management Phoenix Open earlier this year.

Another Korean star, Si Woo Kim, opened with a bogey-free 66 for a share of 19th place.

“After a three-week break, I was able to play with full energy and I felt very comfortable all day. Six under is a perfect start,” said Kim, who won The American Express in January for his third PGA TOUR victory.

Spieth sank a 55’ 1” putt for eagle at the last hole to open with a bogey-free 9-under 63. It was his first blemish free card at the AT&T Byron Nelson in 35 rounds.

Weather: Due to wet course conditions, preferred lies in closely mown areas were in effect for round one. Partly cloudy. High of 73. Wind NE 5-10 mph.