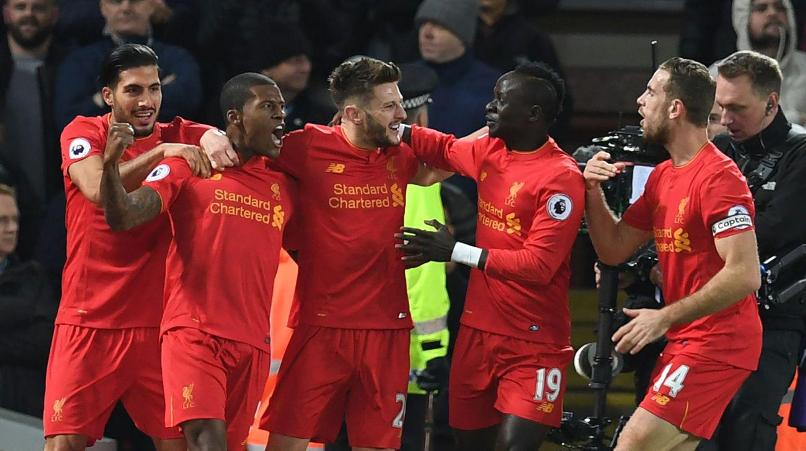 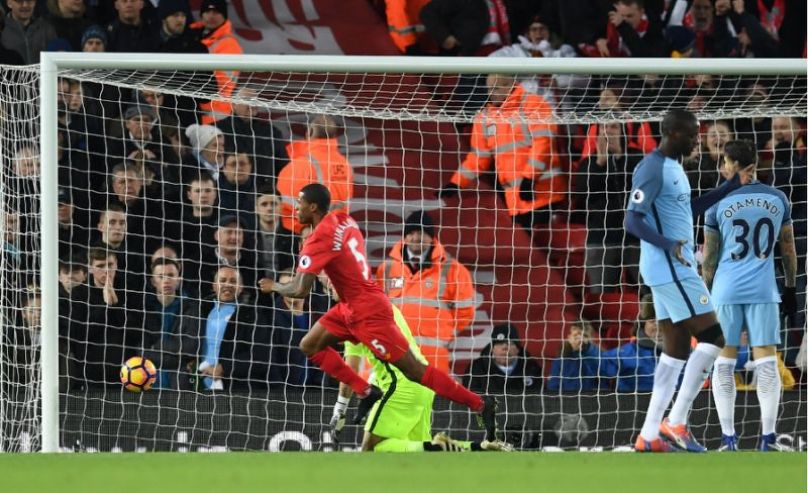 The Dutch midfielder struck in the eighth minute, emphatically converting a cross from Adam Lallana, as second-place Liverpool trimmed Chelsea’s advantage back to six points.

It was a fourth consecutive league win for Jurgen Klopp’s side, who look best placed to hunt Chelsea down in the season’s second half, particularly in the absence of European distractions.

“But can you imagine how annoying it is when you win 13 games in a row and there’s one team only six points behind?”

He added: “It was really hard work tonight. But it’s not like we expected something different.”

Liverpool finish the calendar year with 43 points — the most they have ever amassed at the halfway point of a Premier League campaign.

Despite a marked second-half improvement at Anfield, City manager Guardiola must return to the drawing board, having seen his team’s three-game winning run come to an end.

City have now lost four times this season, having also been beaten by Tottenham Hotspur, Chelsea and Leicester City, and will cede fourth place if Arsenal beat Crystal Palace on New Year’s Day.

City’s supporters, who were joined in the away end by injured captain Vincent Kompany, have not seen their team win at Liverpool since May 2003.

“We spoke about coming here with courage,” said Guardiola.

“We know Man City’s history at Anfield. We played well, but like in other games, the first time they arrived (in the box), they scored.

“When you are 10 points behind, you have to be focused just on the next game.”

Klopp beefed up his midfield by bringing in Emre Can in place of Divock Origi and the move had the beneficial side-effect of freeing Wijnaldum to get forward, as City found to their cost.

The away side had started reasonably well, Aleksandar Kolarov thumping a free-kick into Liverpool’s defensive wall, but a loose pass from the Serbian in the eighth minute proved fatal.

Sergio Aguero, back at the tip of the City attack after a four-game suspension, sought a response, bending a shot wide after leaving Jordan Henderson for dead.

But with City unable to pick a way through Liverpool’s high press, Aguero was left isolated and it was the hosts who looked more likely to score the game’s second goal.

Wijnaldum and Can both shot off target, while Firmino could not gather a searching through ball from James Milner that drew a round of applause from Klopp.

So comfortable were Liverpool, in fact, that maligned goalkeeper Simon Mignolet felt confident enough to hare out of his box and calmly dink the ball over Aguero, drawing an approving roar from the Kop.

Had Lallana timed his run a little better after Yaya Toure gifted the ball straight to Firmino on halfway, meanwhile, Liverpool might have been 2-0 up by half-time.

Guardiola’s response was to move David Silva into a central position, in support of Aguero, and the Spaniard’s repositioning allowed City to gain a foothold in the match.

He teed up Aguero for an effort that Mignolet comfortably held and shot narrowly wide himself before Toure’s raking pass was volleyed into the side-netting by a flying Raheem Sterling.

In a bold move, when Henderson was forced off just beyond the hour with a heel problem, Klopp sent on a striker, Origi, in his place.

Guardiola did not turn to his bench until the 86th minute, introducing Jesus Navas and Kelechi Iheanacho for the game’s final stages, but by then City had run out of ideas. – Agence France-Presse