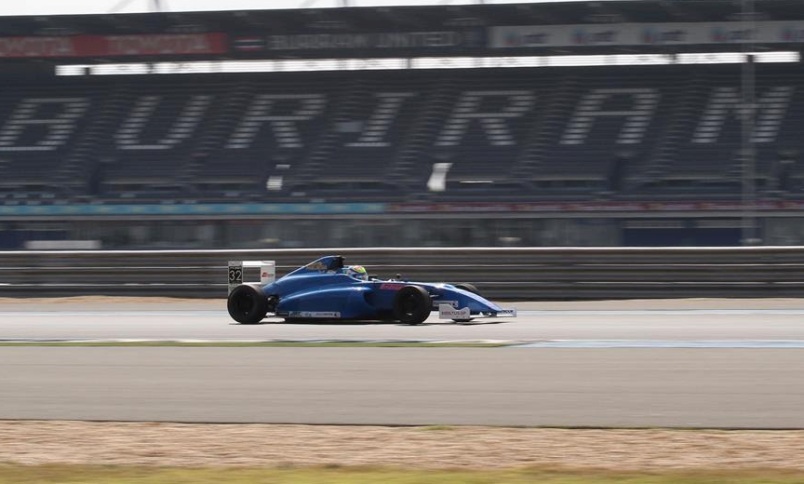 Hosting the penultimate event in the six-event F4/SEA championship season, the weekend’s proceedings will see a bumper billing commencing this Friday, 6 January through to Sunday, 8 January.

On top of the normal six races scheduled for the weekend, the event will also see the inclusion of a seventh race. The additional race will replace the one that had to be cancelled from the event at the Clark International Speedway last October due to the typhoon.

Additionally, the weekend will also see the participation of young local talents representing the host nation, Thailand. Flying the blue, red and white flag are Worawong Komarakul (THA, Car #7) and Kane Shepherd (THA, Car #34). The pair will also be joined by another debutant, Daniel Hibbitt from China (CHN, Car #25).

The Thai leg of the F4/SEA championship at 4.554 km long Buriram United International Circuit will see the drivers tackle the 12-turn clockwise circuit with its mix of fast and slow corners. Additionally, the drivers will have to navigate the tricky sweeping right-hander final corner, Turn 12 that leads into the main straight.

Daniel Hibbitt (CHN, Car #25): “I am super happy to be here at Buriram for my
debut race in the F4/SEA. Not only do I have to get to grips with the car, but also
the circuit. One of the first things we did was do the trackwalk with the driver
coaches, and I really like the look of the track. It has a nice flow and is not too
difficult overall, except for the final corner, which does look a bit tricky.”

Worawong Komarakul (THA, Car #7): “I’m really excited about this event here
at the Buriram United International Circuit. Seeing as our race is at our ‘home’
circuit, obviously there is a lot of pressure to be able to do the best we can. On the
whole, I am really looking forward to race this weekend!”

Kane Shepherd (THA, Car #34): “To be able to fly the blue, red and white flag
this weekend at the F4/SEA Thailand event is something I am very thrilled about. For
sure, as a rookie driver, there is a lot of ground for me to make up especially
against a more seasoned and experienced field. Nevertheless, I will do my best!”

The event’s bumper schedule will be preceded by a two-day pre-event collective test ahead of the race weekend’s programme from 4 to 5 January. The weekend’s proceedings will commence on Friday, 6 January with practice, qualifying and two races. Three more races will be contested on Saturday, 7 January with two more billed for Sunday, 8 January.

As with every event, a Star Driver award trophy will be up for grabs for the most successful driver from the weekend. With the overall event champion scored on a reverse to the F4/SEA championship points, drivers aim to score the lowest points to be in the running for the coveted trophy, presented after the sixth and final race on Sunday.

Meanwhile, the top 10 drivers earn FIA F4 championship points, which are aligned to follow the F1 points scoring system with the top seven championship drivers eligible to also earn valuable FIA Super License points at the end of the season.

The FIA single-operated F4/SEA championship – certified by FIA is one of 12 worldwide championships in the FIA’s F4 global format. F4/SEA is uniquely designed to help harness and develop Asia’s young motorsports talent through a cost-effective programme.

The F4/SEA is the first step on the FIA’s streamlined ladder to developing professional careers in the sport.