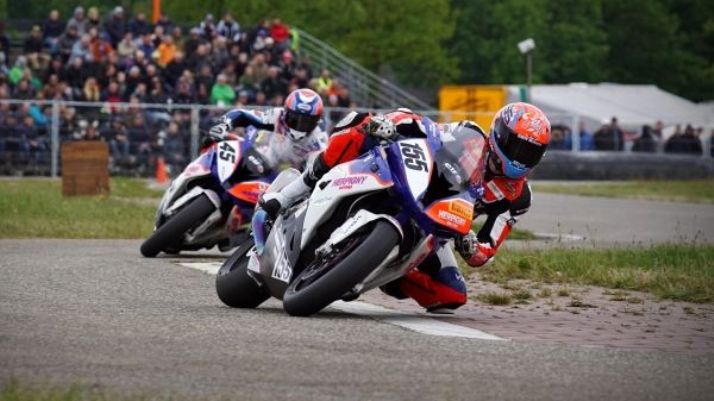 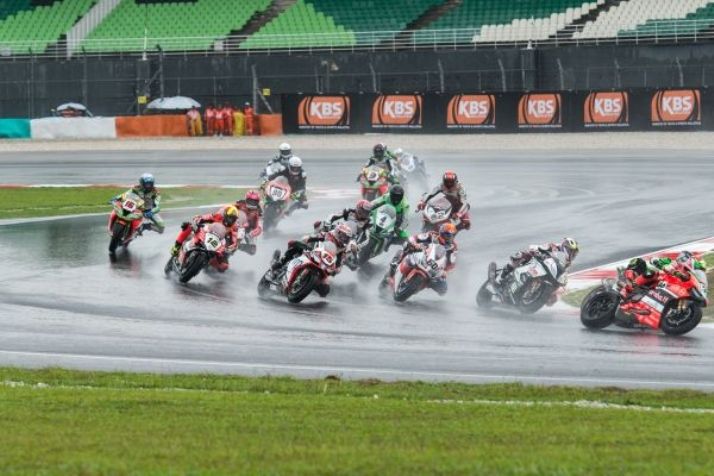 Vincent Lonbois (BE) is the new leader of the 2016 BMW Motorrad Race Trophy. On Monday, he claimed another double win in the International Road Racing Championship (IRRC). Lonbois, however, was only one of many BMW Motorrad Motorsport racers who were successful this last Whit weekend. In total, they claimed 21 podium finishes – among them seven wins – in international and national racing series.

Four races, four wins – this has been Vincent Lonbois’ (BE) season in the International Road Racing Championship (IRRC) so far. With his latest success, the double win at Oss (NL) on Monday, Lonbois took the lead in the 2016 BMW Motorrad Race Trophy. He now has 161.36 Race Trophy points to his tally.

The previous leader, Raffaele De Rosa (IT / STK1000), is now second with 125.25 points. This last weekend not only brought a change at the very top, but in the standings in general. New in third position is Lonbois’ team-mate Sébastien Le Grelle (BE) with 117.09 points. He was second on the podium in both races in Oss (see full standings below).

Registration for this year’s BMW Motorrad Race Trophy is open until 30th June 2016. 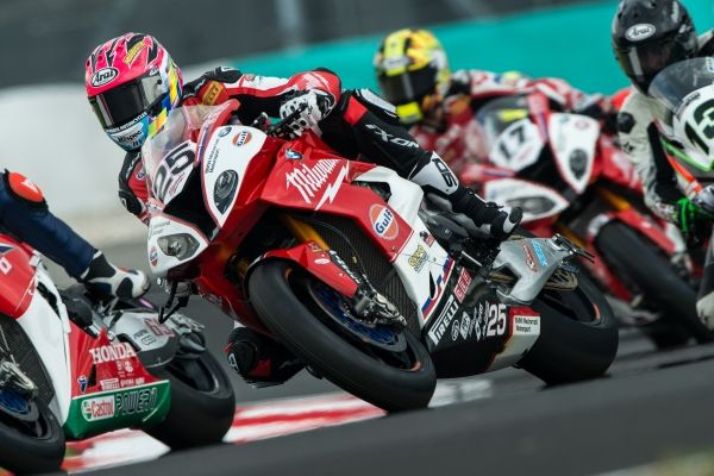 Racing in tropical heat: the MOTUL FIM Superbike World Championship (WorldSBK) held its sixth round of the 2016 season at Sepang International Circuit near Kuala Lumpur (MY). In race one on Saturday, young German Markus Reiterberger (Althea BMW Racing Team) was on course for his best ever result in the series, lying in fourth position in the final stages of the race.

However, a technical issue forced him to retire with only a few laps to go. His team-mate Jordi Torres (ES) then finished in fourth, equalling his best result of the season. The two Milwaukee BMW riders Joshua Brookes (AU) and Karel Abraham (CZ) crossed the line in 11th and 12th respectively.

Shortly before Sunday’s second race, torrential rain – as it is typical for the region – hit the circuit. When the lights went out the track was still wet. Reiterberger finished the rainy race in tenth. Brookes was 12th, followed by Torres in 13th. Abraham retired.

The North West 200 in Coleraine in Northern Ireland marked the first major event of the international Road Racing season. In the Superstock and Superbike classes, the BMW S 1000 RR was the bike to beat. In Saturday’s Superstock race, Ian Hutchinson (GB / Tyco BMW) took the win and set a new lap record. He was joined on the podium by Alastair Seeley (GB / Royal Airforce Regular & Reserves) in third.

In the Superbike race, the BMW racers claimed a one-two-three for the BMW S 1000 RR. Dunlop took the win, also setting a new lap record. Hutchinson was second, while Rutter was third on the podium. Lee Johnston (fifth), Seeley (eighth) and Didier Grams (DE / Heidger Motorsport.de) in ninth also finished in the top ten.

The North West 200 was overshadowed by a tragic accident in the SuperTwin race on Saturday afternoon. Young British Kawasaki rider Malachi Mitchell-Thomas lost his life in this accident. The thoughts of everyone in the BMW Motorrad Motorsport community are with Malachi’s family, friends and team. We would like to express our sincere condolences to them. 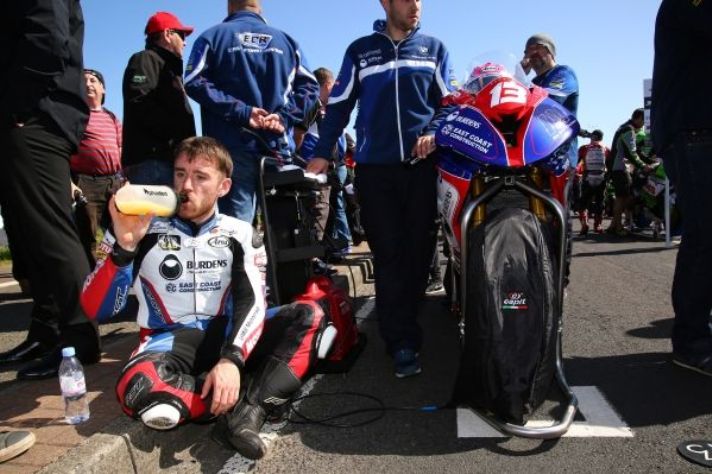 The second round of the 2016 International Road Racing Championship (IRRC) was held in Oss (NL). The BMW racers celebrated maximum success, dominating the weekend and claiming a double one-two-three for the BMW S 1000 RR.

On Sunday, Didier Grams (DE / G&G Motorsport) secured pole position shortly after he had arrived from Coleraine (GB), were he had competed in the North West 200. In the two races on Whit Monday, Vincent Lonbois (BE) continued his winning streak: the Herpigny Motors BMW Motorrad Belux rider won both races and also set the fastest race lap on both occasions.

His team-mate Sébastien Le Grelle (BE) was second on the podium in both races and Grams finished both heats in third.

The 2016 season in the Alpe Adria Road Racing Championship (AARR) kicked off at the Slovakia Ring near Bratislava (SK) last weekend. The BMW riders were successful in both the Superbike and the Superstock classes.

In the Superbike class (AARR SBK), Lukáš Pešek (CZ) celebrated a brace of wins on his IVR Racing BMW Motorrad CSEU BMW S 1000 RR and set the fastest race lap in both races. He was joined on the podium by Wolfgang Gammer (AT / heating factory), who finished third on both occasions.

The reigning Superstock class (AARR STK) champion, Michal Prášek (CZ / Rohac and Fejta motoracing team), started the new season with a win in race one. In the second heat, he was second on the podium. Marcin Walkowiak (PL / Team LRP Poland) ended both races in third on the podium.

The Italian Superbike Championship (CIV) held its season opener at Vallelunga (IT) last weekend. The first CIV podium of the year for the RR was claimed by Denni Schiavoni (IT / DMR Racing) who was third in the second race.

In the first heat, Schiavoni finished tenth. Raffaele De Rosa (IT / Althea BMW Racing Team) was fourth in race one but crashed in tricky and wet conditions in race two. Matteo Ferrari (IT / DMR Racing) finished in seventh and fifth respectively.

At the Malaysian round of the MOTUL FIM Superbike World Championship in Sepang (MY), the Malaysia Superbike Championship (MSC) kicked off its 2016 season. The curtain raiser saw a podium for the BMW S 1000 RR in the Superbike class (MSC SBK): Colin Butler (CA) finished second in the first of the two races.

In race two, Butler retired. Gavin MacDonald (GB) ended both races in the top six, crossing the line in sixth and fourth respectively.

In the Superstock class (MSC STK), four BMW S 1000 RR riders rode into the top ten. Linggam Rammoo (MY) and Nasarudin Mat Yusop (MY) each claimed one fourth and one seventh place. Abdul Aziz Al Ikram Yaakub (MY) was tenth in race one, while Ahmad Azri Azis (MY) crossed the line in tenth in race two.

The iconic Virginia International Raceway (US) hosted the third round of the 2016 MotoAmerica AMA/FIM North American Road Racing Series (AMA). BMW rider Jeremy Cook (US / Dead Presidents Racing) failed to finish race one but was 12th in the Superstock class (AMA STK) in race two.