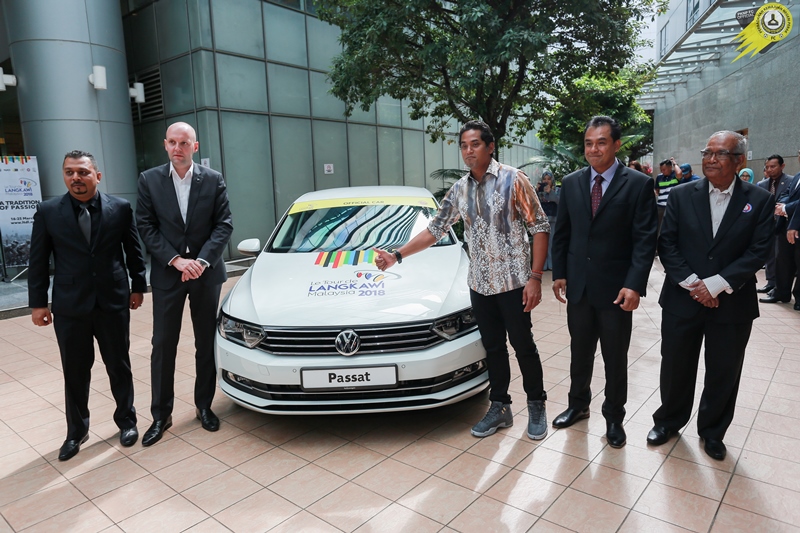 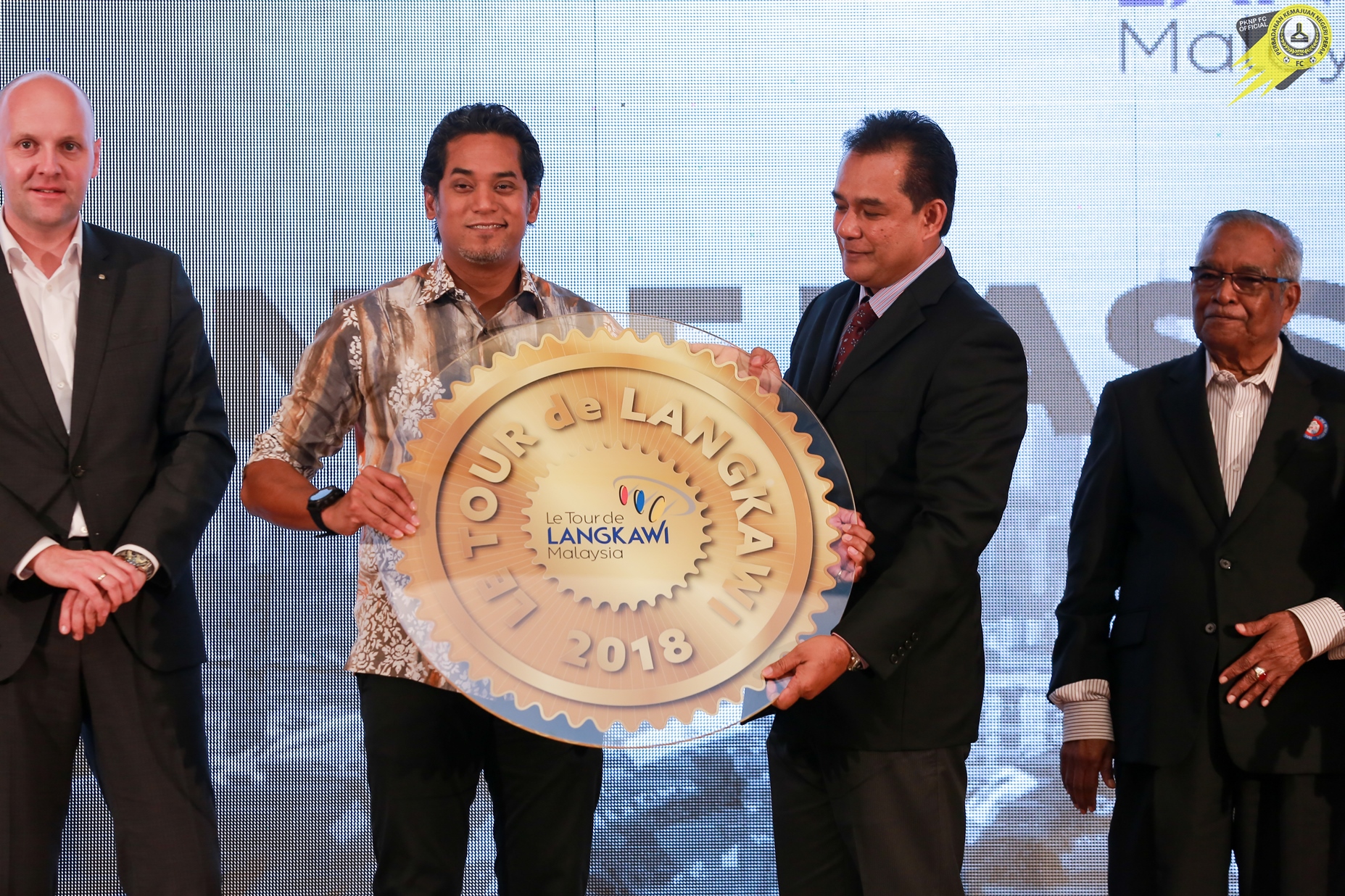 IT’s back to 10 stages as this year’s Le Tour de Langkawi, Asia’s premier stage race, returns with the grueling climb up to Cameron Highlands serving as the main highlight in the 2.HC (hors category) race scheduled to commence in mid March.

Starting off from Kangar, the 23rd edition of the race will be held over the period of 10 days from 16 to 25 March, with the customary Team Presentation ceremony scheduled in Langkawi Island two days earlier on March 14.

This year’s race, to be organised and managed by Ciclista Sports Sdn Bhd, was officially launched by Minister of Youth and Sport, YB Brig Gen Khairy Jamaluddin in a brief ceremony at Menara KBS in Putrajaya, today.

For the last three years, the race was shortened from 10 to 8 stages starting from 2015 but still remained as a Hors Class race.

As in the past, the Le Tour de Langkawi 2018 is expected to draw pro Tour, pro Continental, continental and national teams from Europe, America, various parts of Asia and Oceania.

Malaysia is expected to feature a strong challenge this time around with the participation of three continental and national teams in the Tour.

Le Tour de Langkawi 2018 Chief Executive Office,r M.Kumaresan said, the rationale behind the addition of another two stages in this year’s Tour is to ensure that the race lives up to its billing as among the hardest in Asia.

“We hope to make the 2018 edition even more competitive…riders will have to be well prepared and in best condition to complete the 1,500km race. “By reverting to a 10-stage race, we also hope that our three continental teams, as well as our national team stand a better chance to win some of the stages,” said the former national rider.

The 2018 route is designed to cover the both the west and east coast of Malaysia, starting off with a 177km-flat route from Kangar to the small town of Kuala Ketil in Kedah.

A long and winding 217km Stage 2 ride awaits the next day as riders pedal their way from Gerik town in Perak to Kota Bharu, a race which should end in a bunch sprint in front of Sultan Muhammad IV Stadium in Kota Bharu.

The third 166km-stage from Kota Bharu to Kuala Terengganu and the fourth stage from Dungun to Pekan (177km) will again favour the sprinters before climbers take over the following day for a revisit to Cameron Highlands for the race’s big climb.

Starting off from Raub in Pahang, the peloton will make their way up to Cameron Highlands for the third consecutive year via Batu Malim-Kg. Sempam Baru, Kg Cheroh, Kg Baru Malam, Lembah Bertam, Ringlet before ending the 140km climb in Tanah Rata.

A short 122km flat stage from Batu Gajah to Taiping awaits rider the next day, followed by a 157km ride from Tapah to Kapar in Klang.  A short 106km route from Putrajaya to Rembau (Stage 8) on 23 March takes place on March 23 before the penultimate and longest stage which starts in Port Dickson (218.9km) and ends in Batu Pahat.

The Tour ends with the traditional grand finish at Dataran Merdeka, Kuala Lumpur after a 134km ride from Senawang on March 25.