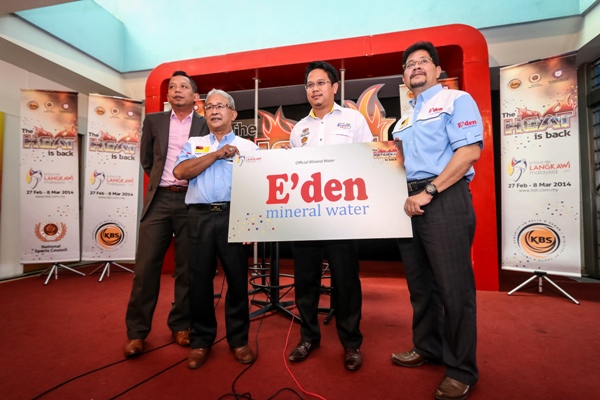 LE Tour de Langkawi 2014 today welcomed another member to its family of sponsors, Darulkhusus Venture Sdn Bhd who will contribute towards making the 19th edition of the race from February 27 to March 4 an overwhelming success.

Darulkhusus Venture is the producer of the E’den brand of mineral water, of which a whopping 96,000 bottles or 4,000 cartons, will be distributed to keep riders, officials and staff hydrated during the 10 stage race, expected to be run under extreme heat.

Chief operations officer of Darulkhusus Venture, Encik Badrulhisham Abd Rahman, who presented the sponsorship today said his company was very happy to have been accepted into the big LTdL family this year and that this was a big step towards introducing the mineral water brand to sports fans and enthusiasts, specifically those who follow cycling.

“The staff of Darulkhusus Venture and myself have long been following LTdL and today it is one of the biggest races in the world. But as a company which is relatively new, as we were only established in 2004, we have been waiting for an appropriate time to come forward and become a sponsor of an international event such as this,” said Encik Badrulhisham. 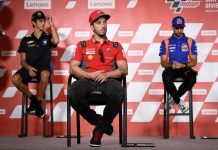