Home News Luongo and Juric on target for Australia 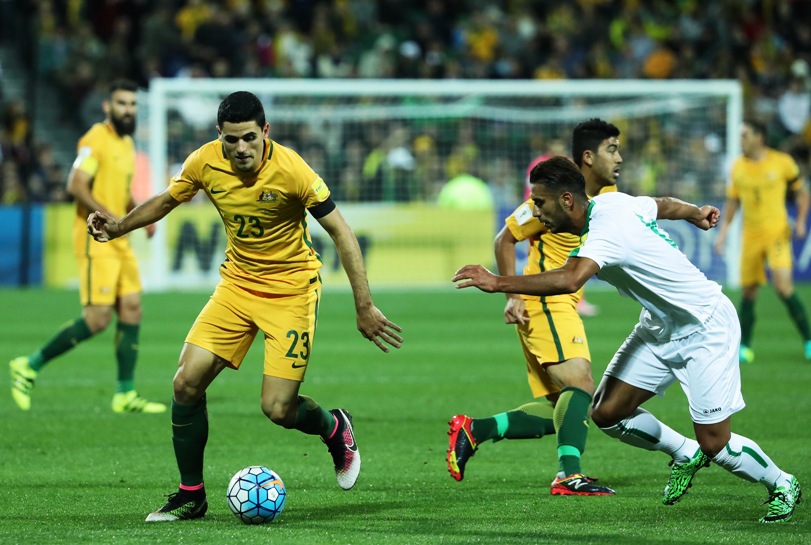 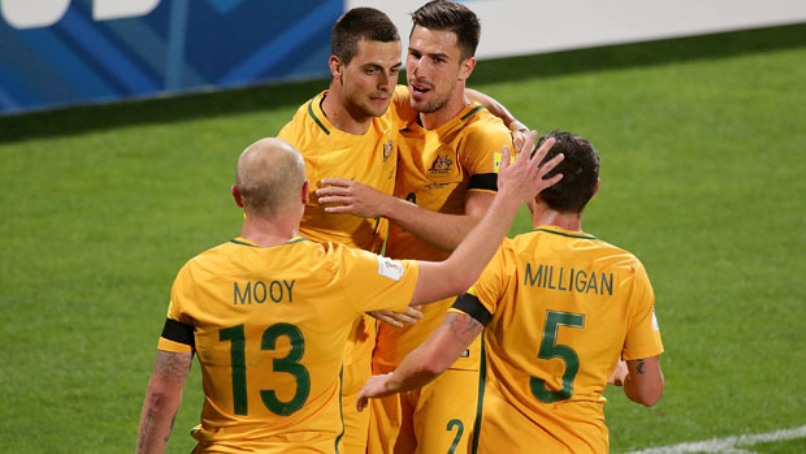 A goal each from Massimo Luongo and Tomi Juric gave Australia a well-deserved 2-0 win over Iraq in their opening game of the final round qualifiers of the 2018 World Cup tonight.

In the match that was played at the Rectangular Stadium in Perth, the visiting Iraqis defended well to hold off the incessant onslaught as Australia used a triumvirate frontline to pummel their opponents.

With the score tied at the end of an exhilarating first-half, Juric ran down the right for a low cross that was slammed home into goal by Luongo.

Juric then made the scoresheet when he poked in the corner to give Australia their second goal and the three points in the bag.

“They (Iraq) were doing a lot of running, trying to block gaps from us,” said Australian head coach Ange Postecoglou afterwards.

“But they are human beings, they are not robots. At some point they’re not going to make that run and we’re going to be able to punish them.

“We still had opportunities in the first half as well. A lot of what I do is wearing down opposition that sits back.”