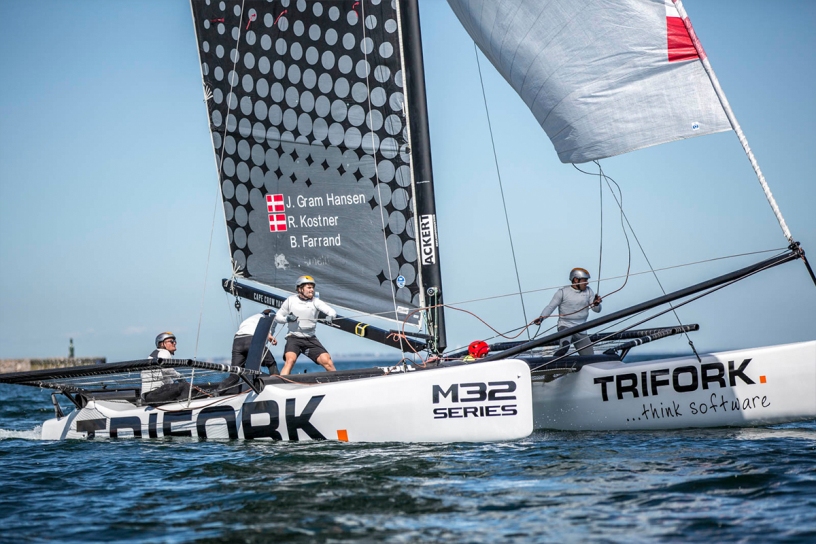 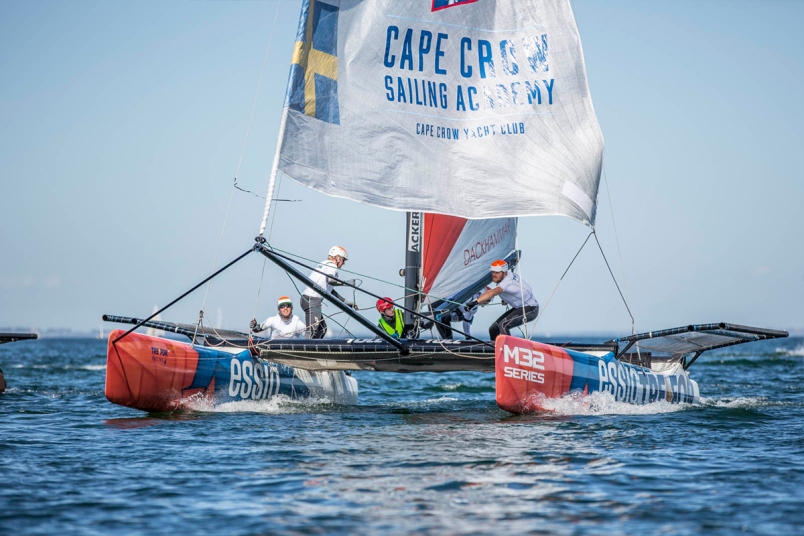 When the third leg of the M32 Scandinavian Series sets sail tomorrow in Aarhus, the second-largest city of Denmark – history will be written. For the first time the city has opened up the inner waters of it’s industrial harbor, allowing racing to take place just inches off the city center.

The three-day event will deliver high-performance fleet racing to the masses, unparalleled to what the city has seen before. The Battle of Aarhus will be a race worthy of its name. .

Five world-class teams are lining up to compete for the top spot over the three-day event, including contender for the overall first place of the Series, six-time Match Racing World Champion, Ian Williams on GAC Pindar.

Third runner-up, Nicklas Dackhammer on Essiq Racing Team will also be on the start line to continue the formidable sailing, the young Swede has delivered this season. It will be close sailing in the small harbor basin with races commencing daily at 2PM, local time.

Battle of the Danes

For the audiences all eyes are on local heroes, skipper Jes Gram Hansen and tactician Rasmus Køstner on Danish boat, Team Trifork. The last time the team competed in the M32-katamaran was at the first event of the Series in Copenhagen, where they claimed a second place. Now the ambition for the Danish team is to deliver a similar performance in their hometown of Aarhus.

“I look forward to racing here but we won’t have any local advantage – no one has ever raced on these waters before,” says Gram-Hansen, who has a long career behind him. Sure to challenge Gram Hansen for his share of local attention is younger Dane, Nicolai Sehested on Team TREFOR, who gave his older counterpart a fight for his money last time the two teams came eye-to-eye. Sehested has unlike Gram-Hansen been racing the World Match Racing Tour in the M32s since the two teams last competed – and that could prove an advantage for the young Dane, admits Gram Hansen: “Time and practice is everything in this boat. It’s all about the margins.”

One thing is for sure. With the shifty conditions awaiting the teams in the inner city waters, everything could happen over the coming days in Aarhus. Tomorrow’s weather forecast predicts a Northeasterly breeze of 10-15 knots, followed by two days of lighter, more shifty breeze. To accommodate fair racing in the enclosed harbor basin the course will likely be changed from race to race with a set finish line and varying starting legs.

Racing runs from Thursday 18th of August until Saturday 20th of August, with racing from 2PM – 5PM daily. For news and live commentary go to m32series.com 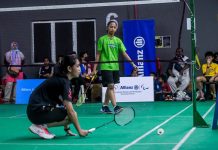