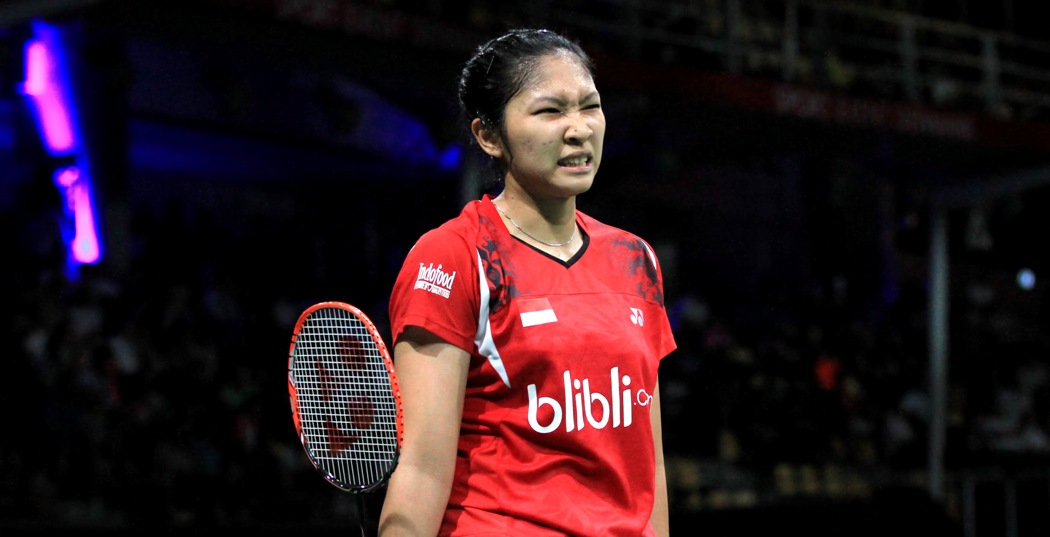 * Macau Open players fail to deliver for Indonesia and Singapore

Indonesia and Singapore fielded players who competed in last week’s Macau Open with hopes of giving them their first taste of Axiata Cup in the on-going 3rd edition of the USD1 million dollar team event at the Britama Sports Hall in Jakarta on Tuesday and also to strengthen  their teams against Europe and Asia respectively but it turned out to a ‘disaster” of sorts for the two teams.

The hosts fielded their third ranked Lindaweni Fanetri against Europe but the 24-year-old who returned to Jakarta on Monday, had to retire against Scotland’s Kirsty Gilmour. Lindaweni won the first set 21-18 but lost the second by the same margin – after coming down with cramps while leading 15-13. She retired immediately after the second set as the cramps in her left.

“I felt a cramp in my left calf but there was a sudden tightness of my calf muscle and it hurt me bad. I stayed on to compete the set but it became unbearable and was forced to retire,” said Lindaweni, who is playing in her second Axiata Cup.

“Hopefully, I will recover in time for the semi-finals. The doctor said I should be okay as there is no tear in my (calf) muscle although I feel a sharp pain when I step.”

Despite dropping a point, Indonesia, however, went on to beat the Europe side made up of players from Scotland, Russia and France and are on the top of the table with 21 points after six matches with Thailand second on 18 points. All-Star Asia are third with 16 points after their 4-0 win over Singapore while Malaysia who beat the Philippines also 4-0 earlier in the afternoon are in fourth place with 15 points.

Indonesia’s Dionysisu Hayom Rumbaka taught Brice Leverdez another badminton lesson with a 21-12, 24-22 win in the men’s singles while world No 2 Hendra Seriawan-Muhammad Ahsan defeated European champions Vladimir Ivanov-Ivan Soznov of Russia 20-22, 21-19, 21-14 in the men’s doubles to stretch their head to head count to 4-0.