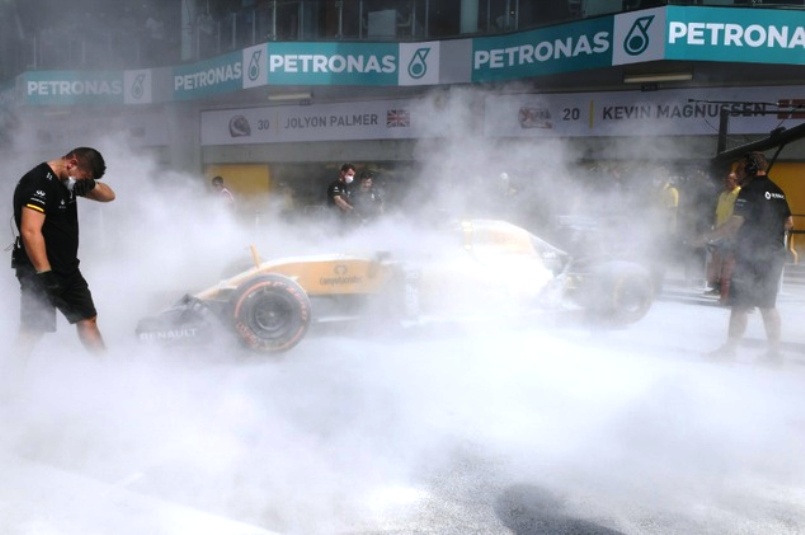 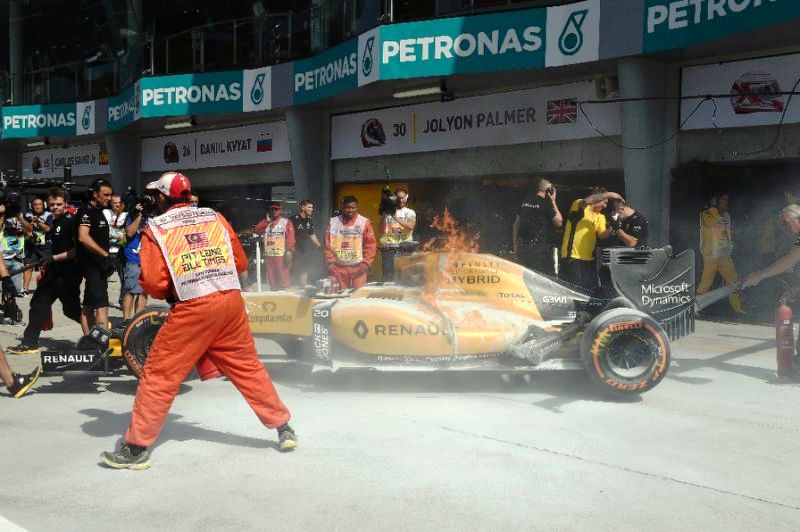 The first practice session for the Malaysian Grand Prix was halted in dramatic fashion after just 11 minutes on Friday when Kevin Magnussen’s Renault burst into flames in the pit lane.

Magnussen, who had completed just one lap, was forced to leap to safety when fire broke out in his engine outside the Renault garage.

Pit crew and fire marshals were quickly on the scene with extinguishers to quell the flames.

But with fuel appearing to be leaking across hot engine parts, the fire reignited several times before it was finally brought under control.

With foam from extinguishers and smoke sweeping across the pit lane, organisers had no choice other than to raise the red flags to halt the session.

Magnussen was unhurt, although one member of the Renault pit crew seemed to be suffering slightly from the effects of inhaling smoke.

The session got back under way after a 15-minute delay. – Agence France-Presse