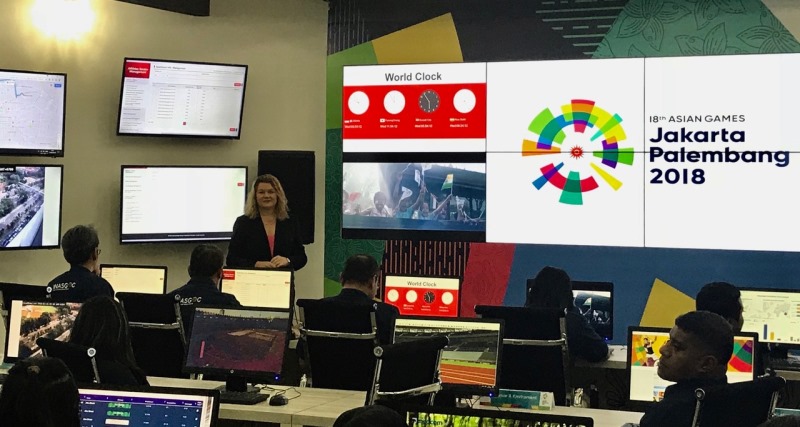 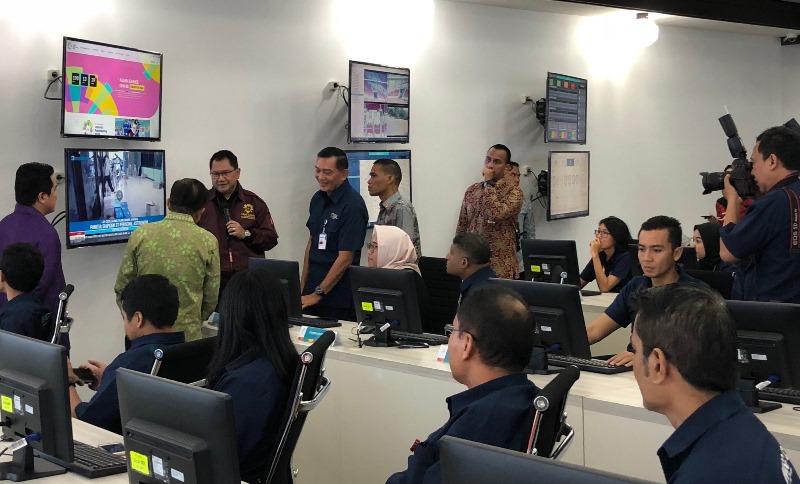 The Main Operation Centre (MOC) for the 18th Asian Games in Indonesia this summer is up and running ahead of a major test event in February.

The MOC opened on Wednesday and was visited by the Vice President of the Republic of Indonesia, HE Jusuf Kalla, along with the President of the Indonesian Asian Games Organising Committee (INASGOC), Mr Erick Thohir, and Mr Gatot S. Dewa Broto from the Ministry of Youth and Sport.

The MOC is exceptionally well set up with 24 screens of live feeds for traffic, airport arrivals and departures, CCTV at venues and at the new Athletes’ Village at Kemayoran in north Jakarta and other key locations of Asian Games operations and management.

The first major test for the new MOC will come in February, when a nine-sport invitational tournament will be held in Jakarta from February 8-25.

The nine sports are archery, athletics, basketball, boxing, football, pencak silat, taekwondo, volleyball and weightlifting, and 1,000 athletes and 500 officials from 31 National Olympic Committees will take part to give the tournament a true international multi-sport atmosphere in the build-up to the 18th Asian Games.

Five of the nine sports will be held at the newly refurbished Gelora Bung Karno sports complex in downtown Senayan, with athletics and football both at the GBK Main Stadium. Another three of the sports will be in halls at the Jakarta International Expo (JIExpo).

INASGOC conducted 39 test events from July to December 2017, but the upcoming invitational tournament with nine sports running concurrently will allow the organising committee to integrate all the IT and broadcasting operations, traffic flow and accreditation, as well as management of staff and volunteers.

The 18th Asian Games will run from August 18 to September 2, 2018, in Jakarta and Palembang, capital of South Sumatra province. There will be 40 sports and 462 events contested by 10,000 athletes from the Olympic Council of Asia’s 45 affiliated National Olympic Committees.

It will be the first time the OCA’s premier event has been co-hosted by two cities and the first time for Jakarta to organise the Asian Game since the fourth edition in 1962.