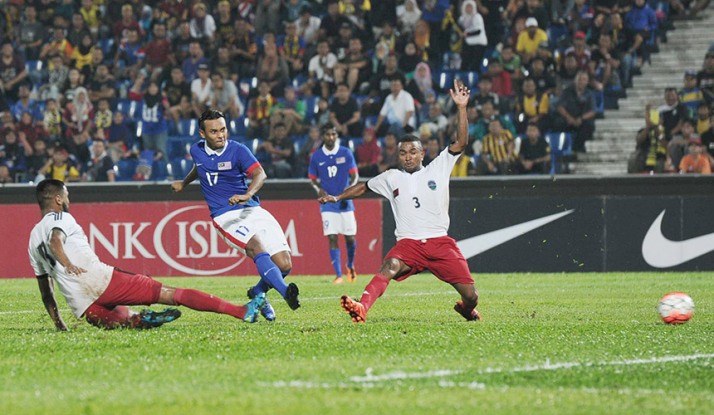 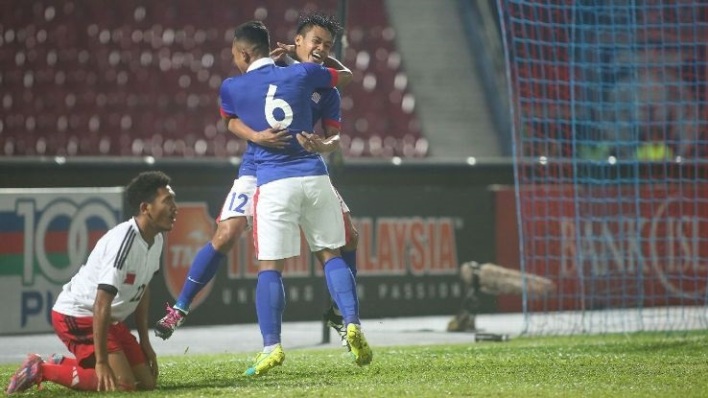 # Malaysia impress at ‘This is Larkin’

Malaysia’s goal drought ended at the Larkin Stadium with a 3-0 win over Timor Leste in the first-leg playoff to stay alive in the 2019 Asia Cup.

It happened at the home of the Southern Tigers – simply called ‘This is Larkin’ and the Larkin charm worked for the national team – and give Malaysia the much needed confidence after the last two international matches – against Macau and Myanmar ended in scoreless draw.

The Larkin charm saw Selangor striker Hazwan Bakri deliver a brace in a five minute spell that began in the 17th minute. The Labuan-born Hazwan added another on 21 minutes before super-sub Amri Yahya added the third in the 85th minute, just minutes after coming off the bench.

The return-leg will also be played at the same venue on June 6 and Thursday’s win is certainly a big boost for coach Datuk Ong Kim Swee and his team.

The heavy pitch saw Malaysia dominate the first half and looked like running riot against Timor Leste after the early goals but Malaysia stepped off the gas after Brendan Gan, Baddrol Bakhtiar, Amirulhadi Zainal, Christie Jayaseelan and S. Kunanlan kept the tempo going.

Amirulhadi, who is making a return to the national team after a four-year absence was provided with at least six scoring opportunities but he muffed all on the heavy pitch. It was certainly not his night.

“We failed to get a goal in our previous two matches but it did not mean we are not good. It was a matter of time before we scored and we showed it against Timor Leste,” said Kim Swee.

“The win is a big confidence booster and hopefully we can keep the momentum and play a much better game in the return-leg.”

It was rather surprising that the Larkin Stadium failed to draw the football crowd that is usually seen during JDT’s home matches.

There could be several factors to it. Apart from the school holidays the daily thunderstorms could be another reason.