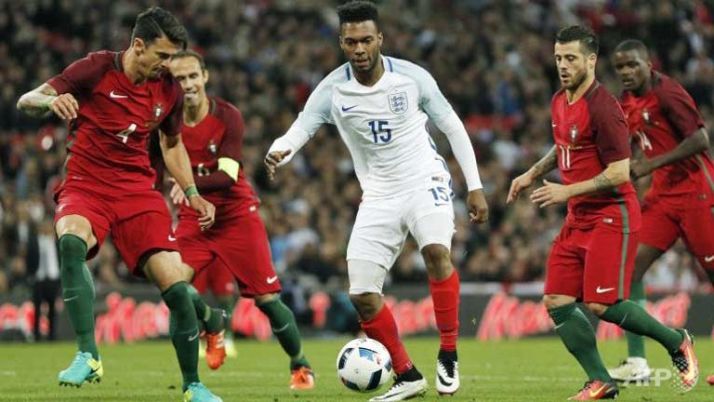 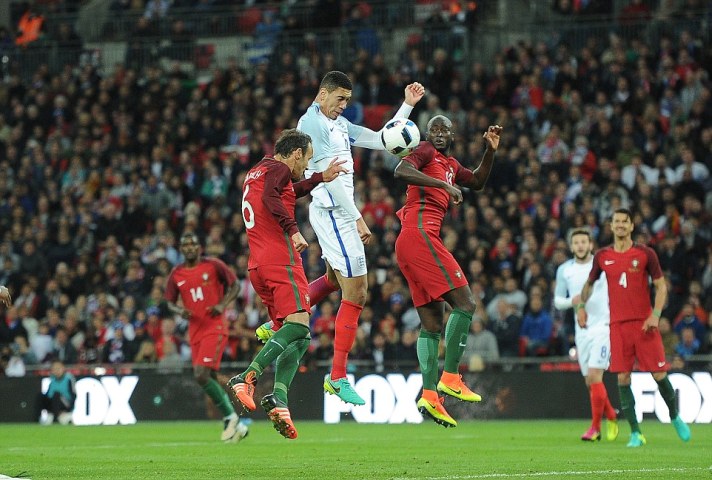 An 86th-minute header from centre-back Chris Smalling spared England’s blushes as they squeezed past 10-man Portugal 1-0 at Wembley on Thursday in their final Euro 2016 warm-up game.

But with his side’s Group B opener against Russia in Marseille just nine days away, it took Smalling’s first international goal to secure victory after the hosts had toiled badly despite playing against 10 men following the 35th-minute dismissal of Bruno Alves.

A bullish Hodgson told ITV: “I’m not prepared to accept that we didn’t play well. We looked good, we had composure throughout the game and it would have been better to play against 11.

“I’m not prepared to stand here and criticise some players. If I start being dissatisfied with three wins against Australia, Turkey and Portugal, I’m going to be a hard coach to satisfy.”

Nonetheless, despite having managed to prevail in all three of their pre-tournament friendlies, England will travel to France on Monday accompanied by more doubts than certainties.

There was little for Portugal’s supporters to cheer on a chilly night in west London as their team lost to England for the first time in six games, but coach Fernando Santos will have Ronaldo back in his ranks for their final warm-up match against Estonia in Lisbon on June 8.

“Today was a difficult match,” said Santos. “It was a friendly and we had 10 men. It’s always difficult with 10 men, especially against England and in this atmosphere.

“But we’re enjoying our preparation and we hope to get better in France.”

England’s fans have been clamouring for Wayne Rooney, Harry Kane and Jamie Vardy to be aligned together in attack, but although Hodgson selected the trio in the same team for the first time, Kane and Vardy took up wide positions, with Rooney in the centre.

The Tottenham Hotspur player crossed for Rooney to head into Rui Patricio’s hands and later slammed narrowly wide from 25 yards.

Portugal, with Nani wearing the captain’s armband and starting up front in Ronaldo’s absence, saw old-stager Ricardo Carvalho head over from a Joao Moutinho free-kick.

The momentum lurched in England’s favour 10 minutes before half-time when Fenerbahce centre-back Alves was shown a straight red card for a dangerous, head-high challenge on Kane near England’s right-hand touchline.

Fortunately, the Tottenham striker emerged unscathed and shortly after he worked Patricio with a drilled shot from Rooney’s pass.

It was a measure of the tedium in the second half that it took nearly 20 minutes for either team to muster a shot on target, with Eric Dier curling a long-ranger straight at Patricio as a Mexican wave rolled lazily around the ground.

Both managers made a raft of changes in the second half, but while the introduction of Jack Wilshere in place of James Milner added fluency to the hosts’ passing, England continued to labour in attack.

Portugal substitute Ricardo Quaresma gave England a scare by curling a shot just wide, but with four minutes remaining Raheem Sterling crossed from the left for Smalling to head in the winner. – Agence France-Presse