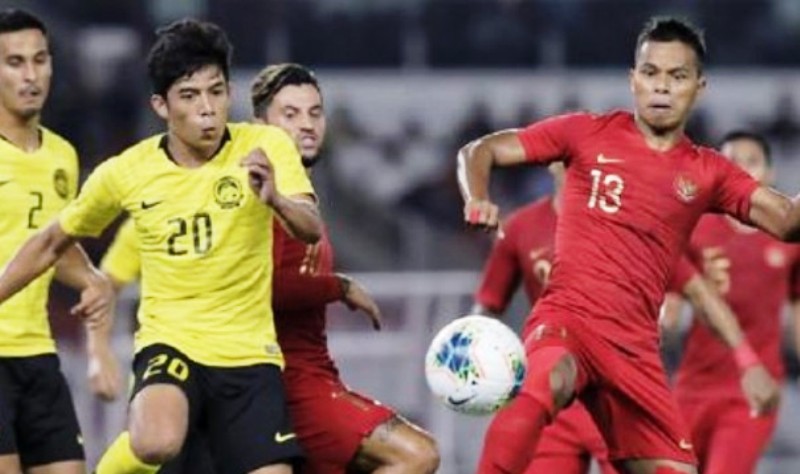 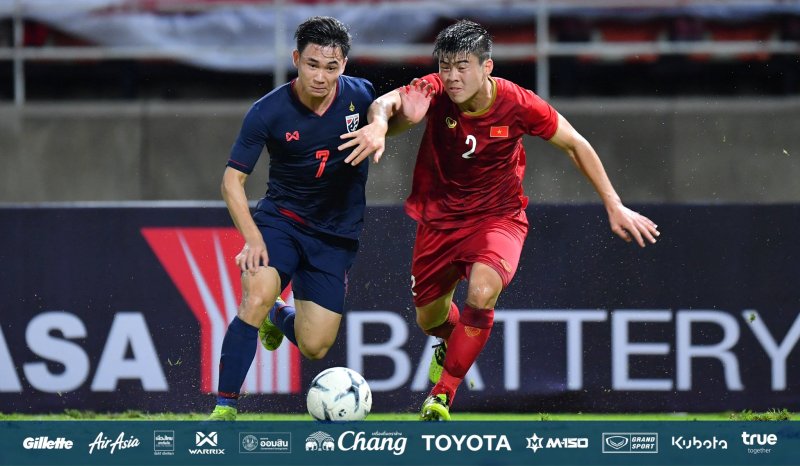 JAKARTA (5 Sept 2019) – Malaysia delivered a shocker on the opening night of the second round qualifiers for the FIFA World Cup 2022 when they came back twice to beat hosts Indonesia 3-2 at the cauldron of the Gelora Bung Karno Stadium in Senayan.

Alberto Goncalves or Beto had given the hosts the best of starts when he picked up a through ball to slot the ball home after just 12 minutes.

But Mohamadou Sumareh grabbed the equaliser for Malaysia with a sly flick off a tight angle on 37 minute before a quick counter-attack allowed Beto to fire in a stinger barely a minute later for the score to stand at 2-1 in favour of Indonesia.

Malaysia were more aggressive into the second half and striker Syafiq Ahmad then headed home the second equaliser on 65th minute as Sumareh then turned hero with the winning goal deep in injury time.

With the Thailand and Vietnam clash ending in a scoreless draw at the Thammasat Stadium in Rangsit, it has allowed the Malaysians to take top spot in Group G.

In the meantime, Singapore escaped with a 2-2 draw against Yemen in a Group D tie at the National Stadium.

Ikhsan Fandi had given the home team the lead after just 27 minute but a Yemen blitz through Abdulwasea Al Matari in the 37th minute and Mohsen Qarawi in the 45th minute allowed the visitors to take a 2-1 lead at the half.

However, a Faris Ramli’s goal six minutes after the restart allowed Singapore to pick up their first point in the group. 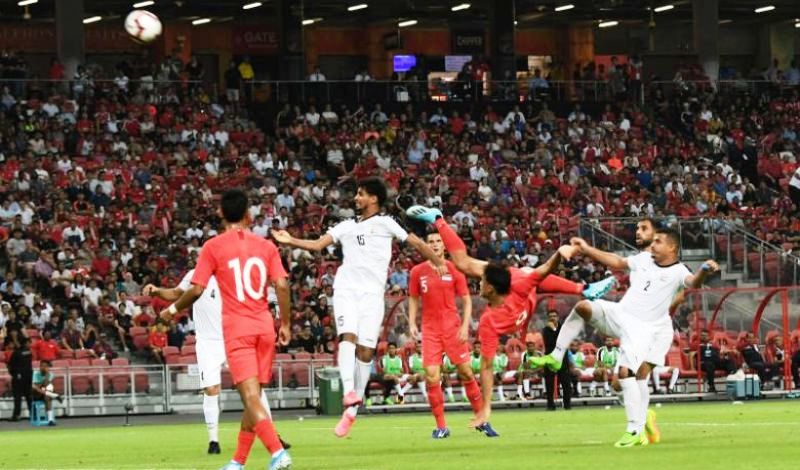 Over in Group C, Cambodia also picked up their first point of the qualifiers when they held Hong Kong to a 1-1 draw at the National Olympic Stadium in Phnom Penh.

The visiting side was the first to get on to the scoresheet through Tan Chun Lok in the 16th minute before Keo Sokpheng replied with the equaliser in the 33rd minute.

On the other hand, the Philippines conceded the biggest defeat on the night when they fell to a 5-2 loss to Syria in a Group A clash at the the Panaad Park and Stadium in Bacolod.

Javi Patiño had given the home team plenty to cheer after just seven minutes but they were not able to sustain the pressure as they allowed Syria to come back into the match soon after.

Omar Al-Soma’s header after 15 minutes levelled the score as Syria then took the lead at the half hour mark through Khaled Mobayed.

As the Philippines continued to struggle into the second half, the concession of a penalty just three minutes after the restart allowed Firas Al Katib to give Syria a 3-1 lead as Al-Soma then fired in a 56th minute effort to stretch their advantage.

Mike Ott pulled a goal back in the 84th minute to make it 4-2, but Syria would have the final say with Mahmoud Almawas’ strker just two minutes later for the final 5-2 scoreline.

In a Group F tie, Myanmar fell to a 1-0 loss to Mongolia in an away tie in Ulaanbaatar with Amara Dulguun scoring the only goal of the game in the 18th minute.

But the match was marred by a red card on Myanmar’s Maung Maung Lwin in the 65th minute.