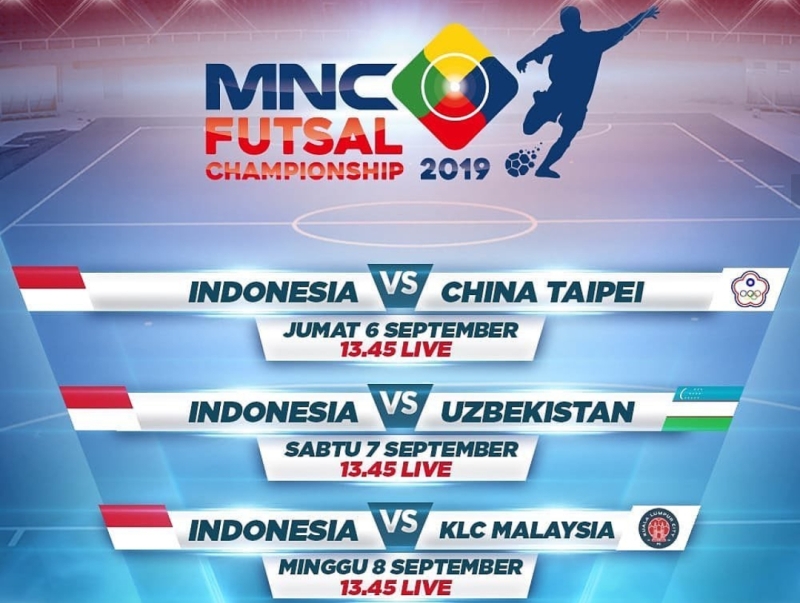 The MNC Futsal Championship 2019 will kick off later today in Jogjakarta with six teams taking part.

Other than hosts Indonesia for the matches to be played at the GOR UNY, the other participating teams are Uzbekistan, Chinese Taipei and KL City FC from Malaysia.

The opening match of the tournament will see KL City FC taking on Uzbekistan (at 1000hrs local time) while hosts Indonesia will play the second tie at 1400hrs against Chinese Taipei.

Indonesia are using this tournament to prepare themselves for the AFF Futsal Championship 2019 in Ho Chi Minh City, Vietnam. 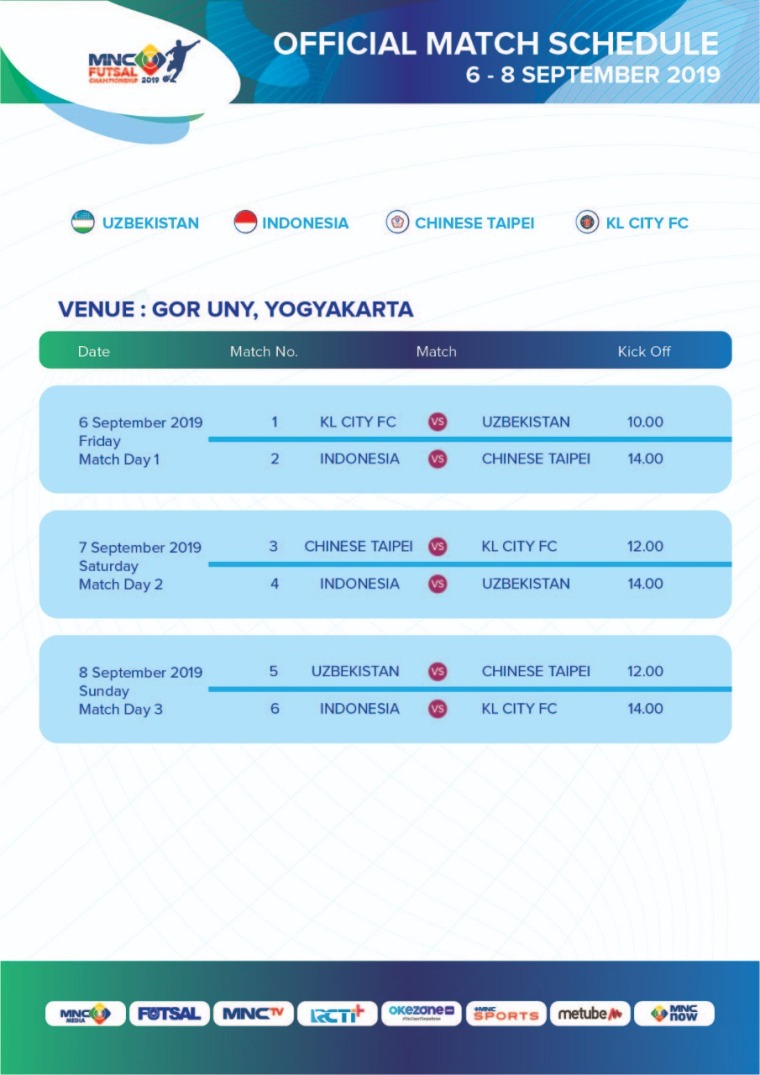