Home 2019 SG19: Malaysia settles with a ‘precious point’ against Myanmar 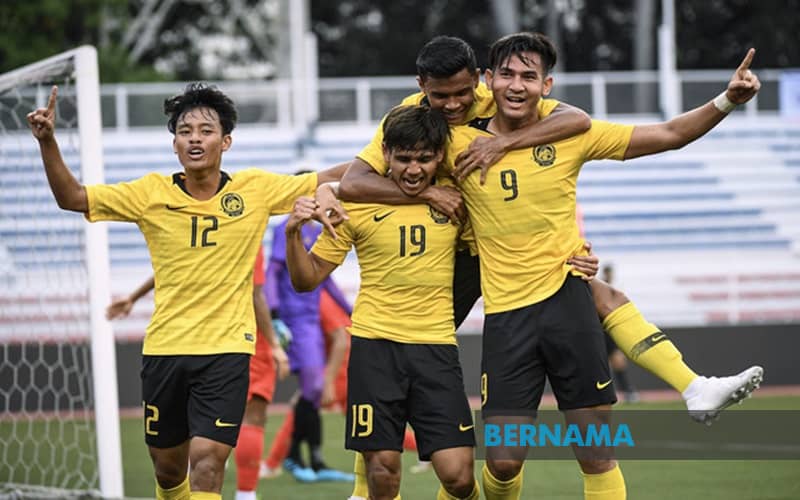 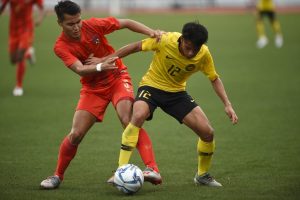 It was a close call for last edition’s runners-up Malaysia as they fought back for a 1-1 draw against Myanmar in their Group A match in the 30th SEA Games at the Rizal Memorial Stadium in Manila on Monday.

However, Malaysia then rocked the bar twice in the 37th (Hadi Fayyadh header) and 63rd (Adam Nor Azlin’s freekick) minutes and settled for the stalemate – which will certainly be a confidence booster for Friday’s match against the Philippines followed by Timor Leste (Dec 2) and Cambodia on Dec 4.
Coach Datuk Ong Kim Swee, although disappointed with the draw and his team’s overall performance, hopes it will be the start of better things to come in the remaining group matches. Group B is made up of defending champions Thailand, Indonesia, Vietnam, Laos, Singapore, and Brunei.
Vietnam kickstarted their campaign with a 6-0 whitewash of minnows in their opening Group B match on Monday.
Malaysia paid a heavy price for ball watching against Myanmar, now coached by Bulgarian coach Velizar Popov, who once coached Kelantan in the M-League.
Off a corner kick by skipper Hlaing Bo Bo, the Malaysian backline was caught rooted as Sow Mow Kyaw rose high at the near post to plant a header despite being guarded by goalkeeper Haziq Nadzli on 14 minutes.
Malaysia clearly had difficulty adapting to the artificial turf but as the match progressed found their rhythm although 17-year-old Luqman Hakim Shamsuddin and Umar Hakeem Sahar Rezuan looked lost playing at senior level.
It was 1-1 after 24 minutes when Malaysia took full advantage of a ‘slip up’ in Myanmar when goalkeeper Sann Sat Naing gave the ball to his defender Aung Naing Win whose back pass to another defender was intercepted by Akhyar Rashid.
Akhyar gained enough ground to cut back for Hadi Fayyadh and the Japan-based player’s header left Sat Naing rooted for the equalizer.
“Performance-wise we had a poor first half but we were better in the second half. The first game is never easy and to get ‘precious first point’ is a good start. We need to convert the chances we created. You need to score goals,” said Kim Swee of the match.