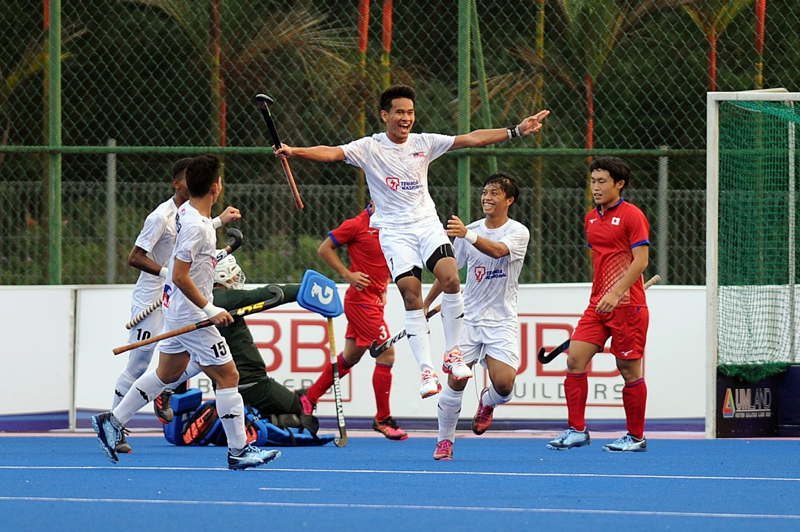 Amirul Azhar’s brace paved the way for Malaysia to register a come-from-behind 3-2 win over Japan in their final round-robin match in the 9th edition of the Sultan of Johor Cup Under-21 Invitational tournament in Johor Bahru on Friday.

With the win over the Japanese, the Malaysians are in line for a podium finish in the six-nation tournament at the Taman Daya Hockey Stadium on Saturday – the final day of the international meet after finishing fifth last year. Malaysia was the inaugural champion in 2011.

Amirul struck in the 42nd and 50th minutes off penalty corners. Muhamad Zainuddin had opened the scoring for Malaysia as early as the fifth minute.

Gritty Japan, came back strong to wipe out Malaysia’s lead with double strikes in a spate of four minutes. Sota Ukai and Ryuji Tamekuni scored in the eighth and 12 minutes before Amirul took over the scoring job and do the damage.

Fittingly Amirul walked away with the Man of the Match award. RIZAL ABDULLAH