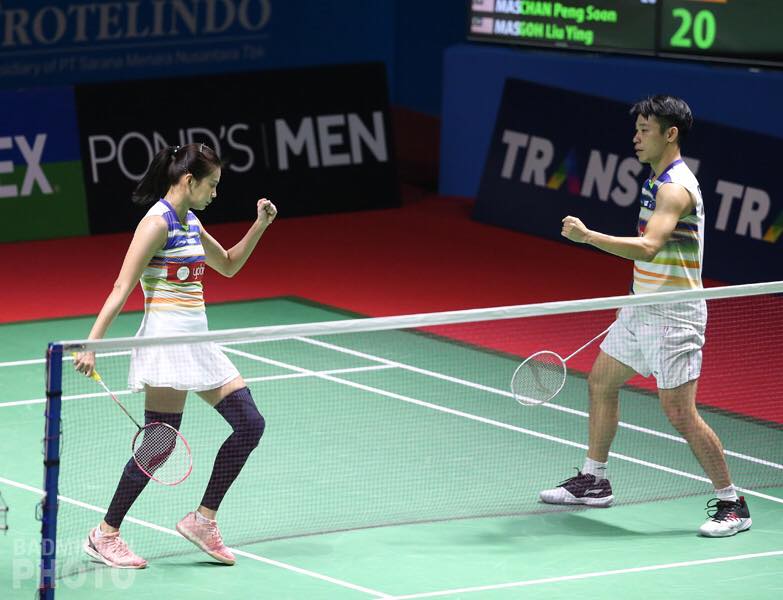 Fourth seeds Chan Peng Soon-Goh Liu Ying reached the mixed doubles quarter-finals in the Denmark Open in Odense after coming through a three-game 26-24, 13-21, 21-11 win over India’s Pranaav Jerry Chopra-N. Sikki Reddy in the second round on Thursday.

The Malaysian professionals saved the day for Malaysia and are the only Malaysians left in the USD775,000 World Tour event when the men’s doubles pair Aaron Chia-Soh Wooi Yik and women’s doubles Chow Mei Kuan-Lee Meng Yean fell in the second round.

All-England champions Mohammad Ahsan-Hendra Setiawan, the number two seeds from Indonesia maintained their supremacy over Aaron-Wooi Yik. In a repeat of the All-England final, the Indonesians dumped the Malaysians 22-20, 21-16 in only 27 minutes.

It has been a disastrous outing for the Malaysian shuttlers in Odense. Men’s singles hope Lee Zii Jia failed to get past China’s Olympic champion Chen Long who won his first-round match 21- 18, 15-21, 21-16.