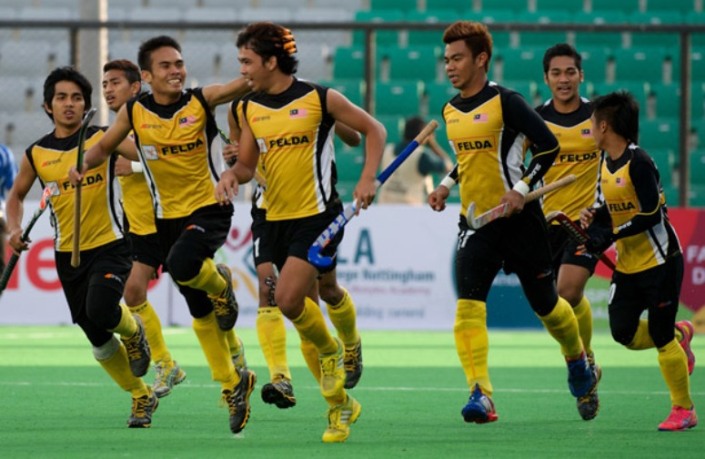 According to head coach Stephen Van Huizen, the match was evenly contested and highly competitive.

“We started off really well. Razie scored a goal in the second minute and we pretty much had the match under our control. We then missed a good opportunity to extend the lead through Haziq Samsul”. Malaysia even had one goal disallowed after Ramadhan Rosli’s attempt was ruled out for an infringement in the 4th Quarter.

Stephen believed that the team showed significant improvement specifically in the midfield area of play. “The midfield play was very good. We utilized the ball well. There was more movement and team play, with very few individual errors”, he added.

When asked if there was one area for improvement, he believes that the team should focus on building stronger understanding with each other. “We can improve further if our communication and organization is better. That would be our key focus for the next game”, said Stephen.

MHC Technical Director Terry Walsh, believes the result clearly indicates that the team is getting stronger, both physically and mentally.

“The team never went behind. We were always in the lead. This means the players are confident enough to take the opponents on. NZ is not an easy team, and they are in the midst of preparation for the Rio Olympics. So to beat a team ranked higher than us in an environment favourable to them, clearly states that the boys are now beginning to develop a sense of confidence about their ability”, Terry added.

“But then one swallow does not make a summer, and the goal of this tour is to provide sufficient exposure and opportunities for the team to come together and develop as a unit. Our goal will remain the same.”

Malaysia will play their next Test against New Zealand on the 9th of March 2016, 6PM at Tauranga.