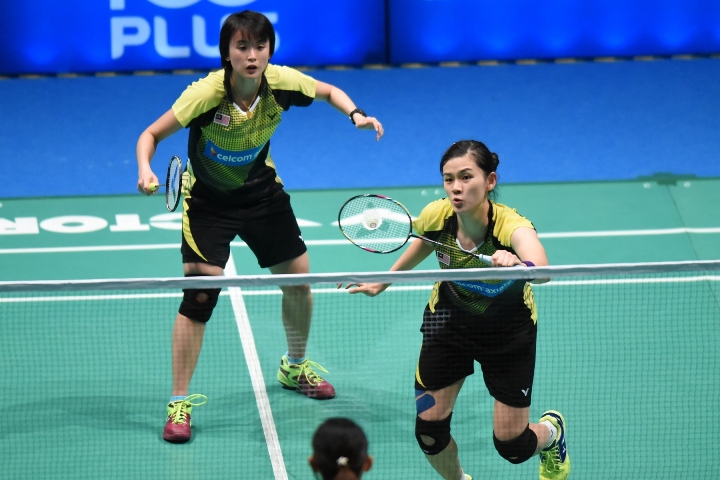 For Vivian Hoo-Khe Wei it is inspiring performance from the pair that won won the Sea Games gold in Myanmar in 2013 and the silver in the Singapore in 2015. They lost to teammates Amelia Alicia Anscelly-Soon Fie Cho in the final in Singapore.

“The pressure is on us after our poor run this year. Reaching the final is a big boost for us because this is the last tournament for us before the KL Games,” said Khe Wei.

The pair had been warned that their partnership will be broken up if they did not perform in the Sea Games. A spate of poor results saw them miss several Superseries tournaments, including the Australian Open after they failed to get past the first round in the Superseries Premier Indonesia Open.

However it was not an easy win for the top Malaysian pair in the semi-finals in Auckland. The top seeds battled for 81 minutes before they subdued Indonesia’s Greysia Polii-Apriyanti Rahayu 21-18, 13-21, 21-13.

The New Zealand Open is used as a preview of the Sea Games and thew win over the Indonesians is a big boost for the Malaysians.

The Malaysians packed off China’s He Jiting-Tan Qiang 21-19, 21-11 in 28 minutes while Hung-ling-Chi-lin were too strong for Indonesians Kenas Adi Haryanto-Moh Reza Pahlevi Isfahani 21-13, 21-15 to advance,

In the women’s singles top seed Ratchanok Intanon of Thailand, gave her World Championships a boost, to reach the final against Japan’s fourth seed Saena Kawakami of Japan.