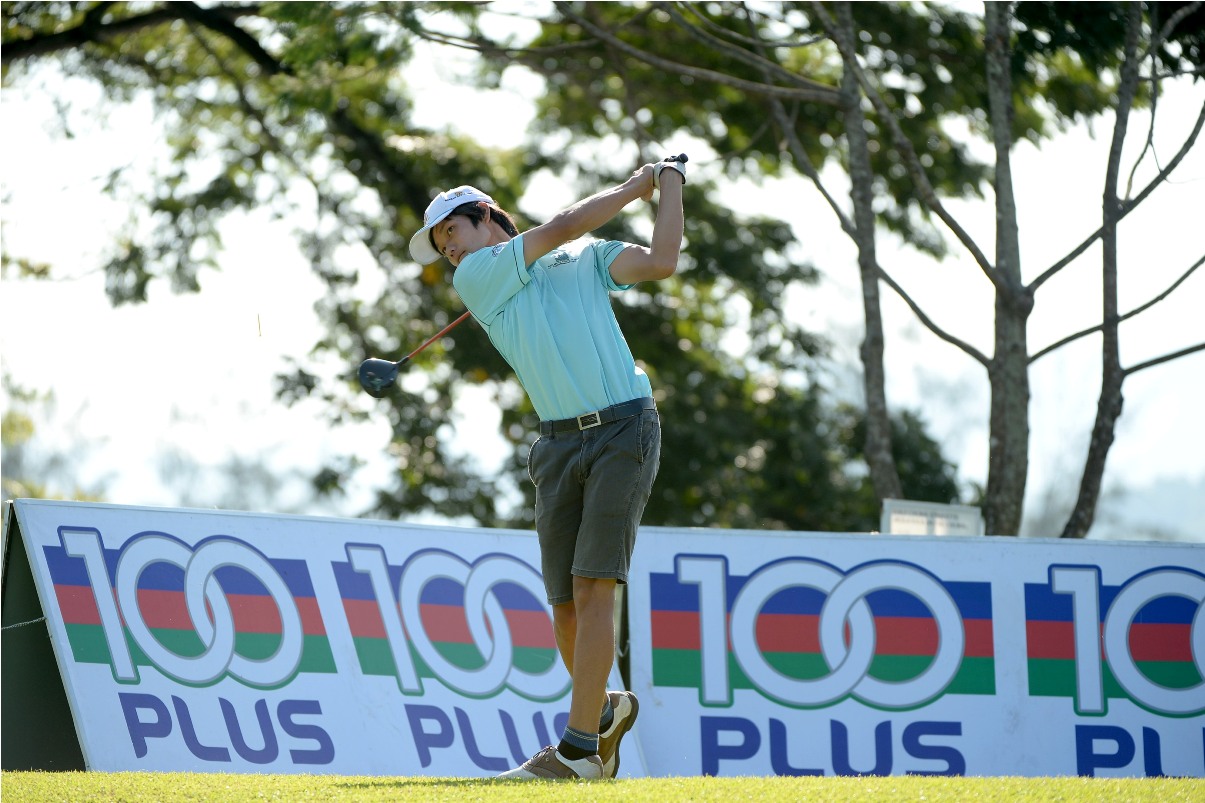 Malaysia’s Solomon Emilio Rosidin carded one-over 73 for the lowest score on the second day of the 100PLUS Malaysian Junior Open at the Sabah Golf and Country Club here today as overnight leader Park Sang-ho remained well ahead of the rest of the field.

Solomon, who had an opening day score of 78, performed well today to move into fifth position while Sang-ho shot a two-over 74 today to stay six strokes ahead of his closest rival, Eekarat Leksuwan from Thailand. Sang-ho, who turned in a blistering five-under 67 yesterday, topped the leaderboard with a two-day score of three-under 141.

With a six-stroke lead, Sang-ho, who has been living in Kota Kinabalu for the past eight years and considers the Sabah Golf and Country Club his home ground, is a strong contender to bag the title tomorrow.

Eekarat played over for the second day in a row when he fired a two-over 74 today to end the day with a total of 147 strokes.  Singapore’s Ryan Wong Wey Ren was a stroke adrift with 148 while Hong Kong’s Leon Philip D’Souza and Malaysia’s Daeng Abdul Rahman (Mas) were fourth on 150 strokes. Daeng shot similar scores of 75 over two days and is the highest ranked Malaysian player after two days.

Johor’s 14-year-old Daeng, who has caught the attention of many here, is hoping to improve in the final round tomorrow. “I had difficulty in reading the greens and pin placement. I hope to do better in the final round.although the course is very challenging.”

Running in fifth spot is Solomon whose opening day card of 78 and today’s low score of 73 gave him a two-day total of 151.

Solomon, who is a member of the national juniors, was more than pleased with his score in the second round. Even coach V. Gunalen was happy with Solomon’s performance today. “Solomon has a bright future in his golf career. However, this year he has cut down on his golf because he will sitting for his SMP (Sijil Pelajaran Malaysia) examination.

“He did not putt well yesterday but there was much improvement today. He has a won a couple of tournaments at home and abroad and represented Malaysia in the Asian Youth Olympics in Nanjing this year. He also won the TSM championships last year apart from winning the Faldo series in Sarawak last year.

“He should come back with a good score in the final round,” said Gunalen.

Meanwhile, defending champion, Amir Nazrin.was disappointed with his performance today which ended his hopes of retaining the title. He blew up today with a 10-over 82.