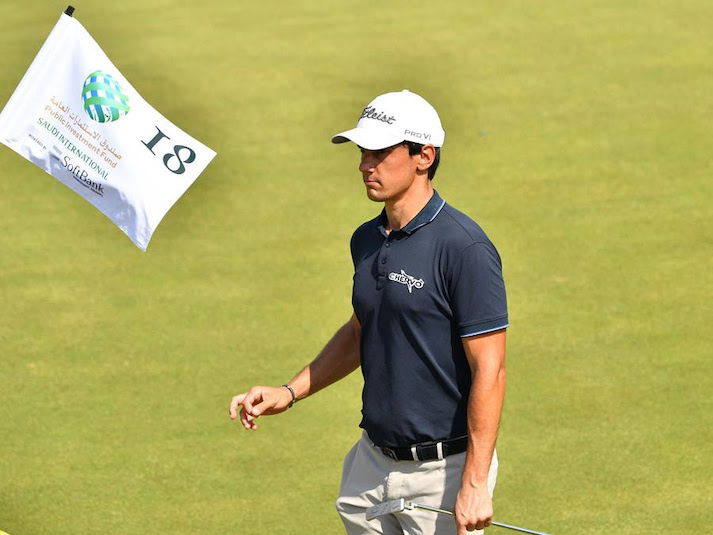 Matteo Manassero rekindled some of the magic from his glory days to take the first-round lead today at the PIF Saudi International powered by SoftBank Investment Advisers.

The Italian shot a sizzling eight-under-par bogey-free 62 at Royal Greens Golf & Country Club in what is the opening event of the Asian Tour’s 2022-23 season.

Manassero has struggled with his game over the past 10 years, following a brilliant start to his career as a teenager, but today’s performance in the star-studded US$5 million event suggests better days are ahead.

He toured the front nine in six-under-par 29 with six birdies before two birdies on the homeward stretch.

“It was one of those days in which everything was going my way,” said the Italian.

“I was playing really solid, giving myself a lot of birdie chances, a lot of really short ones, as well. So just got the round going and just felt comfortable. That’s the right word, I guess.”

The 28-year-old’s last big win came in 2013 at the BMW PGA Championship – which was his fourth success on the DP World Tour in the space of three years.

He also won the Singapore Open at Sentosa Golf Club in 2012, when the event was jointly sanctioned with the Asian Tour and the DP World Tour.

Joohyung Kim, paired with Johnson – the winner of this event in 2019 and 2021 – also made a fine start despite some nerves early on.

“I think I had some nerves in the first couple holes. You saw that roller coaster ride. But got into a good mindset. I felt calm after a couple holes, and obviously I know I was birdieing. Just stuck in there, and yeah, great round,” said the Korean.

The 19-year-old rising star secured the Merit list last month by winning the Tour’s penultimate event, The Singapore International, before tying for second in the Singapore Open.

“I hope the TV got my smiles because I was having the time of my life. It was awesome playing with those guys, and just a great experience,” he added.

“I told myself there’s a reason I’m playing with these guys, and I know I worked really hard to get to this point. I prepped really well this week, and I just told myself just be confident and don’t be afraid and just hit your shots, and I think that’s what I did.”

Phachara began his round on hole 10 and impressively made six birdies in a row from the 14th to move into contention.

He said: “I feel I am very close to everything coming together. Maybe I need to work more on my fitness and consistency, but everything feels good. It’s a good start and I am excited to start the season this way.”

The brilliant 22 year old won the Laguna Phuket Championship at the end of last year for his maiden win on the Asian Tour, before finishing the season fourth on the Merit list.

His countryman Sadom Kaewkanjana, winner of the Singapore Open, fired a 68 and is in a tie for a 32nd.