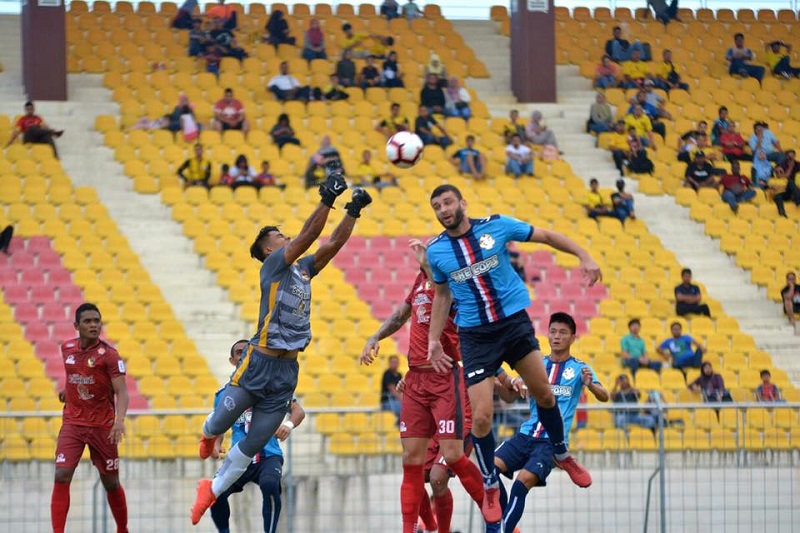 Mat Zan Mat Aris who has been tasked with taking his home state Negri Sembilan to the elite Super League would not have asked for a better start to the season – unbeaten after two matches.

Negri Sembilan notched their fourth point with a come-from-behind 1-1 draw against Police at the Selayang Stadium in one of the two Premier League matches that were played in the afternoon.

In their first match, Negri Sembilan defeated Sarawak 2-1 at home in Paroi.
The point off Police took Mat Zan’s team to second place in the 12-team league with four points – behind Terengganu II who are on top with six points.

In another afternoon match which played at the State Stadium in Kuching, Sarawak defeated Penang 2-0. The Crocs rode on a brace by their skipper, former international Bobby Gonzales who scored in the 64th and 80th minutes.

Negri Sembilan grabbed the lead on 43 minutes through their Japanese midfielder Shunsuke Nakatake. However, two minutes into added time in the first half Police earned a penalty and their Korean goalkeeper Lee Chang-geun made no mistake from the spot.

“It was tough playing our first match in the afternoon. The point off Police means we are unbeaten after two matches and this is a good start for the team,” said Mat Zan after the match.

“I am happy that the team is shaping up the way I want it. It is an encouraging start to our Premier League campaign. The young players promoted to the senior team from the President’s Cup team are settling well in the team.

“They have adapted well to my system of play and I have faith in them. They can only get better.” RIZAL ABDULLAH