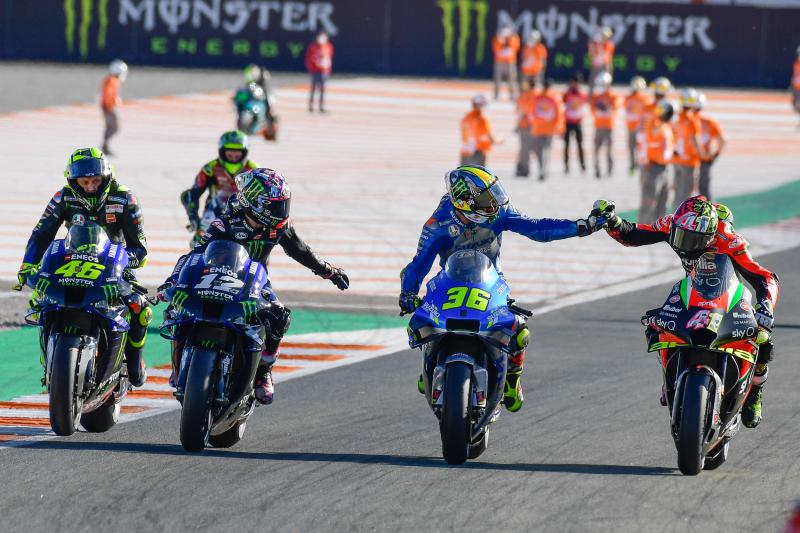 And in doing so Mir is the first rider to have won the premier class crown having previously competed in the Red Bull Rookies. 2013 was his first season in the MotoGP™ feeder series, a year that saw Mir finish ninth in the overall standings after one podium finish and three other top five results. The youngster then stepped up his game for the 2014 campaign. Three victories in Jerez, Brno and Misano alongside two other podiums at Silverstone and the Sachsenring saw Mir finish second in the standings behind winner Martin.

In addition to his Rookies Cup statistic, Mir is now the first rider to win both the Moto3™ and MotoGP™ World Championships. Maverick Viñales (Monster Energy Yamaha MotoGP), Alex Marquez (Repsol Honda Team) and Brad Binder (Red Bull KTM Factory Racing) are part of the current crop of premier class stars to have also won the Moto3™ title, they’ll be aiming to follow in the footsteps of Mir – as will the upcoming heroes of the future. Martin is the latest Moto3™ World Champion who will pitch his skills against the best riders on the best bikes in the world from 2021 onwards.

There is no doubt that the Red Bull MotoGP Rookies Cup was a phenomenal proving ground for Mir and many others. And it continues to be. Only a few riders will earn the chance to lift motorcycle racing’s most coveted trophy, but Mir will surely be the first of a few who will have done so coming from the Rookies Cup.

Johann Zarco (Esponsorama Racing), Miguel Oliveira (Red Bull KTM Tech3) and Binder are the current MotoGP™ riders who have also come through the Rookies Cup programme, two of those are already race winners in the premier class.

Mir is the leading light, but how many will follow his path in the coming years?