Home International Mirsky back on the campaign trail in Poland 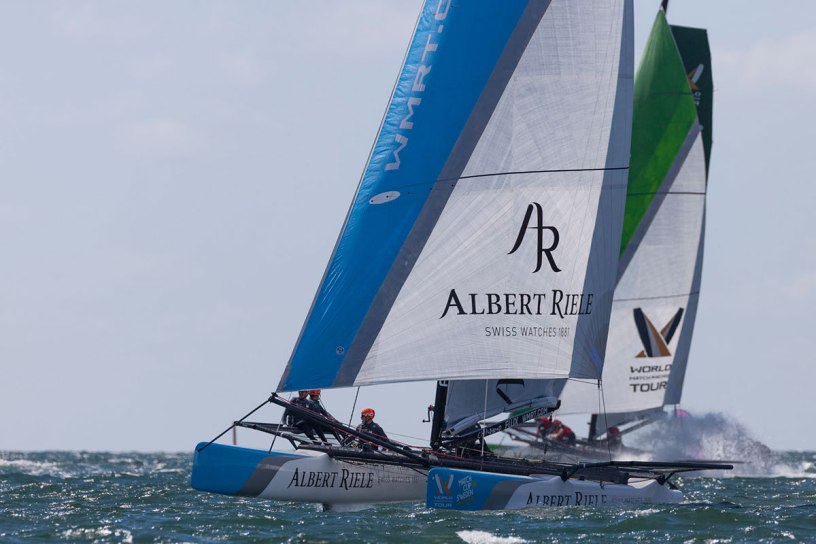 Torvar Mirsky is one of the stars set to race an M32 catamaran in Poland for the first time when he competes at the Energa Sopot Match Race at the end of this month. The former World No.1 match racer from Australia took a few years out of top-level competition but, after crewing for fellow Perth sailor Steve Thomas on some of the Tour events earlier this year, has chosen the World Tour event in Sopot to be skipper of his own crew.

“I took a few years out, to study and to get into competitive kitesurfing,” said Mirsky, who topped the ISAF world rankings back in 2011. “But doing some of the Tour events this season has given me a taste for match racing again. The M32s are a lot of fun, they require accurate, split-second decision-making. And I love the team element of working together with a crew, which I’ve missed over the past few years.”

Chris Rast’s experience in the M32 is limited to his participation in the Copenhagen Match Race earlier this season, but the reigning Melges 24 World Champion is back to see how he fares against the match racing specialists. Other former 49er Olympians like Iker Martinez have proven very successful at making the transition to M32 racing, so the Swiss/American sailor who represented the USA at the 2008 Olympics could prove a danger even to the more experienced skippers coming to Sopot. Among them will be another Swiss skipper, Eric Monnin, who has forged a strong reputation for light-airs skills from his experience of sailing on Lake Geneva.

Sopot tends to be hot at this time of year, and is capable of producing any kind of wind from pretty much any wind direction. This is the first time the M32s will have raced in Poland, and the crowds that promenade along Sopot Pier – at 511m, the longest wooden pier in Europe – will almost be able to reach out and touch the boats as they race just metres from the pier.

Others competing in the M32s will be Denmark’s Joachim Aschenbrenner, with possibly the favourite being either Sweden’s Nicklas Dackhammar or Australia’s Sam Gilmour. Both these two have proven particularly potent at sailing the ultra-lightweight catamaran in strong winds although Sopot is likely to demand good sailing skills through the wind range. As with the other Tour events this season, the competition format will comprise elements of fleet racing and match racing, requiring teams to adapt quickly to the different challenges of multi-boat starting on the reaching starts, as well as dueling one on one in the knock-out stages.

There will be a busy evening programme of social events at the regatta, concluding with the final day’s prizegiving at the Volvo Yachting Banquet, held at the Sheraton Hotel in Sopot.

The practice race takes place on 26 July, with the race programme taking place on 27-30 July. For more information, go to www.wmrt.com