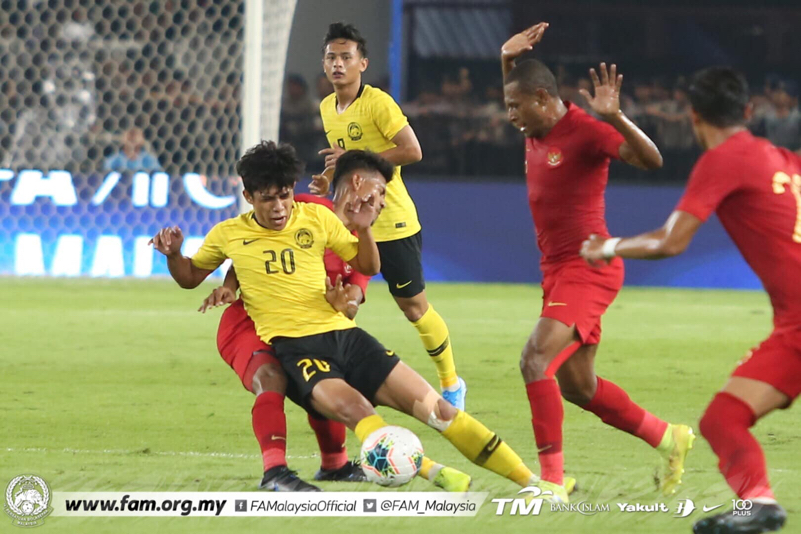 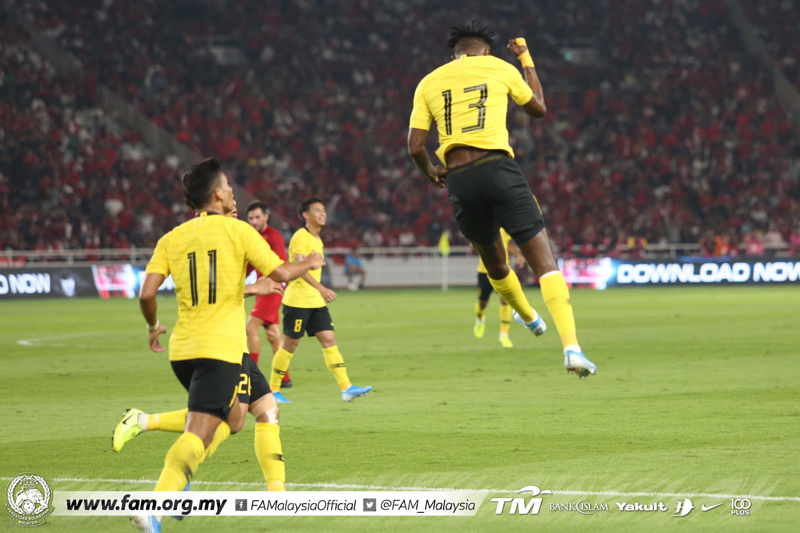 Naturalized Malaysian – Gambia-born Mohamadou Sumareh was the toast of Harimau Malaya as Malaysian snatched a 3-2 win over Indonesia in dramatic fashion at the Gelora Bung Karno Stadium in Jakarta for a positive start to their World Cup 2022/Asia Cup 2023 campaign in Group G on Thursday.

And the man who made it happen was Sumareh, who has just recovered from a groin injury and did not play in the friendly against Jordan last week. Sumareh netted the first equalizer and then snatched the winner in the 97th minute during the eight minutes of added time.

The match was stopped for nearly 10 minutes in the second half due to crowd trouble with Indonesian fans throwing flares on to the track while some made their way from the stands.

Sumareh made an immediate impact after replacing the ineffective Hadin Azman in the 36th minute. He netted the equalizer a minute later when he probably ran his fastest 100m to intercept a long ball from Nor Azam Azih and left his markers trailing.

Once inside the box, Sumareh used the outside of his right foot which saw the ball hit the left upright before spinning into the net. It was a brilliant effort and a brilliant goal that gave Malaysia the confidence they need very much needed.

Earlier, Indonesia skipper, Brazilian-born Alberto Goncalves put Garuda in the lead after only 12 minutes when he drilled the ball home through the legs of Farizal Marlias off a through ball from Saddil Ramdani, who plies his football trade with Pahang in the Malaysian League.

Two minutes after Sumareh breathed life with the equalizer Indonesia was back in the lead and it was Goncalves who got his name into the scoresheet again. This time he was put through by Andik Vermansyah and the Brazilian finished it off with a brilliant chip over out of position Farizal.

With Sumareh adding more bite in the team Malaysia drew level again. It came via a close-range header from a delightful ball from Safawi Rashid on 66 minutes.

The rest is history as Sumareh completed the Pahang connection – knocking the ball into the roof of the net from a Matthew Davies cross on the right. – BY RIZAL ABDULLAH