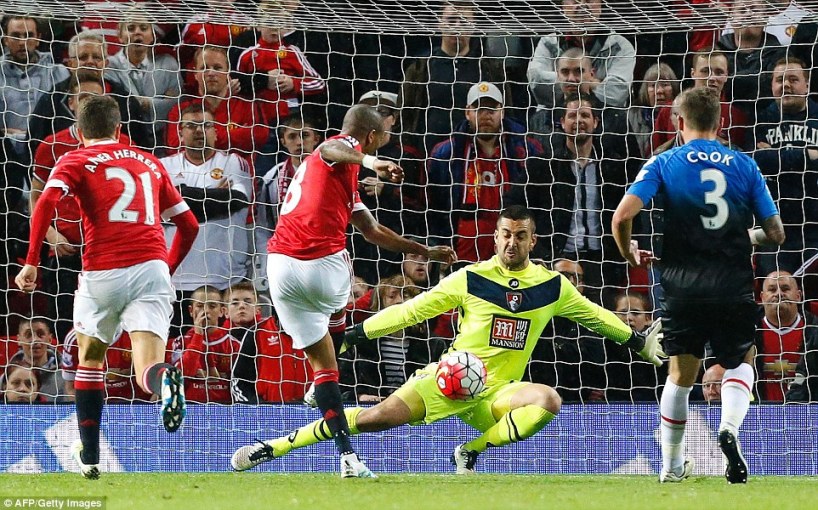 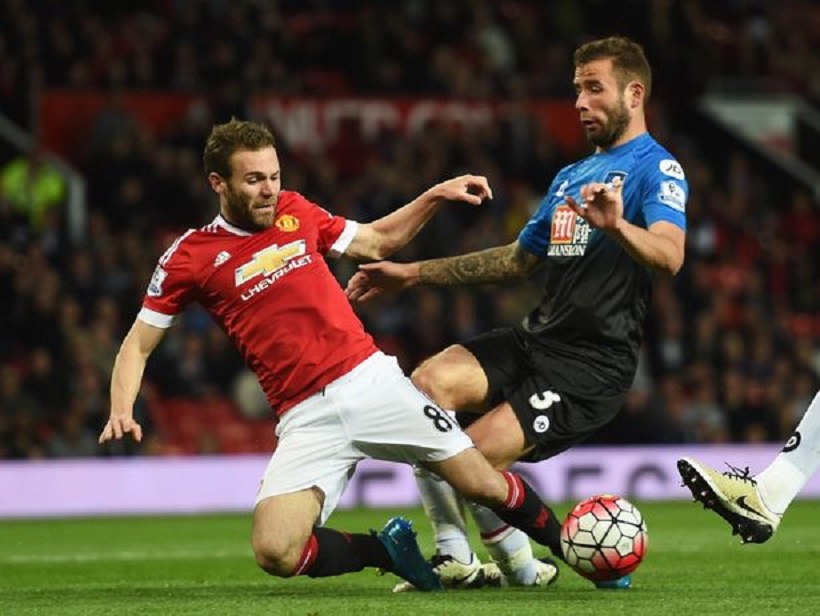 Manchester United made a flying start to the Jose Mourinho era as goals from Juan Mata, Wayne Rooney and Zlatan Ibrahimovic sealed a 3-1 win in their Premier League opener at Bournemouth on Sunday.

Mourinho is desperate to restore his tarnished reputation after being sacked by Chelsea last season and the United manager enjoyed an encouraging return to the touchline in his first league match since a December defeat at Leicester triggered his exit from Stamford Bridge.

In the absence of Paul Pogba, their world record signing, United eased to victory after Mata punished a horrible mistake by Bournemouth defender Simon Francis just before half-time and Rooney added the second after the interval.

That set the stage for the latest memorable moment in Ibrahimovic’s glittering career as the Swedish forward netted with a fine strike to mark his Premier League debut in the same goalscoring style he celebrated his maiden appearances in Serie A, La Liga, Ligue 1 and the Champions League.

After a lackadaisical first half, United moved smoothly through the gears once Mata opened the scoring and, although Adam Smith got one back for Bournemouth, Mourinho will hope to build on the momentum from this result as he eyes a title challenge.

Bournemouth were United’s opponents when they concluded a frustrating league campaign last season, but whereas the staid atmosphere at Old Trafford that day reflected the drab nature of Louis van Gaal’s reign, there was a whiff of revolution in the air on the genteel south coast as Mourinho’s reign got underway.

Ibrahimovic started as United’s central striker with Rooney behind him and the wide roles filled by Anthony Martial and Mata, who featured despite the Spaniard’s touchline spat with Mourinho when he was substituted having only just come on in last weekend’s Community Shield win over Leicester.

Mourinho’s men took 23 minutes to muster a shot and even then Martial’s effort from the left side of the penalty area flew well wide of Artur Boruc’s goal.

But United finally pieced together an incisive attack when Ander Herrera picked out Antonio Valencia and the right-back crossed to Mata, who set up Rooney for a low shot straight at Boruc.

Apart from a few nice moments from Bournemouth winger Jordon Ibe, making his debut after joining from Liverpool, this was soporific stuff in the sunshine.

Out of nowhere, United were gifted the breakthrough five minutes before half-time after a disastrous mistake by Francis.

Mata scampered after Herrera’s long pass and Francis responded with a panicked and under-hit backpass that the Spaniard seized on.

Boruc was able to save Mata’s first shot, yet United’s luck was in as the ball hit Francis, rebounding in Mata’s path for the winger to tap into the empty net.

Ibrahimovic had been anonymous in the first half, but he came to life after the interval, unfurling a typically extravagant volleyed backheel that sent Rooney clear for a shot saved by Boruc.

United were forcing the issue more now and Rooney deservedly doubled their lead with a close-range header after Valencia’s cross was miscued into his path by Martial.

Ibrahimovic, who arrived on a free transfer from Paris Saint Germain in the close-season, capped United’s period of dominance with the goal of the day in the 64th minute.

After scoring the winner in the Community Shield with a towering header, Ibrahimovic showed he can do damage on the ground as well as he lashed a 25-yard strike past Boruc, prompting a jubilant celebration from Mourinho on the touchline.

Smith reduced the deficit in the 69th minute when the right-back lashed home from inside the area, but it was too late to spoil Mourinho’s party. – Agence France-Presse