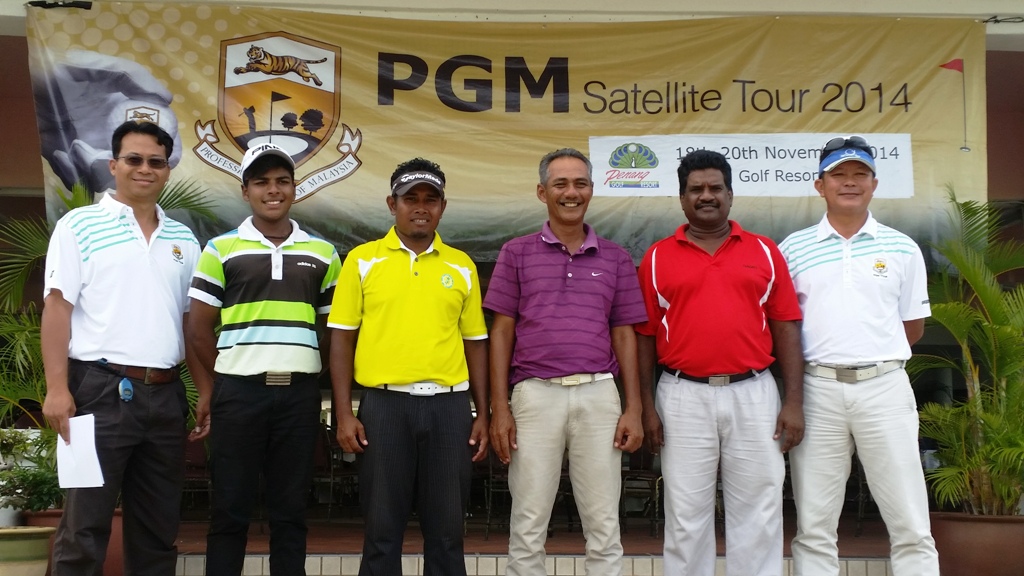 The wire-to-wire winner came into the third and final day of the 11th and last Satellite event with a healthy 12-stroke lead and he needed it as A. Arulnathan made a valiant charge with a  gutsy one-over 73, before eventually finishing second – nine strokes off the winner.

For the 34-year-old Nazarudin, a father of one, the win was the least he deserved. He shot a two-under 70 in the first round and signed for a tournament best four-under 68 in the second round.

Having turned pro just last year, this is a good confidence booster for the winner, who said he looks forward to trying to improve his game and continue to work hard.

Aaerishna Shahsthy, the top finisher from the amateur ranks, shot a 78 to end up in third place with a 228 total. For the 15-year-old amateur from Johor, it was the second straight 78, after starting with an impressive even-par 72.

Zailan Wan Chik had final round 74 and finished fourth on 231.

That rounded off the top-four who earned their playing cards on the PGM Tour, valid until 2016.