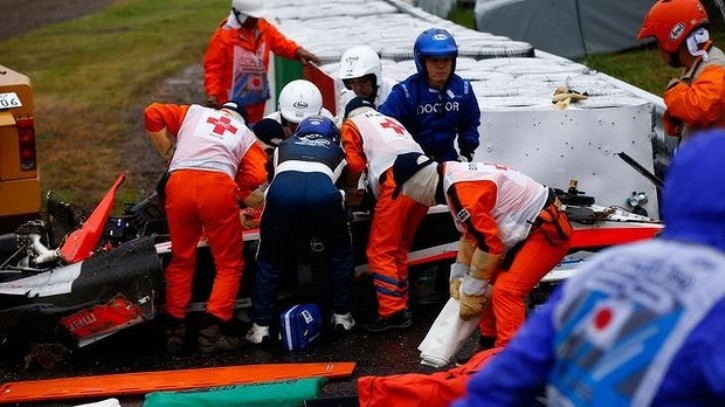 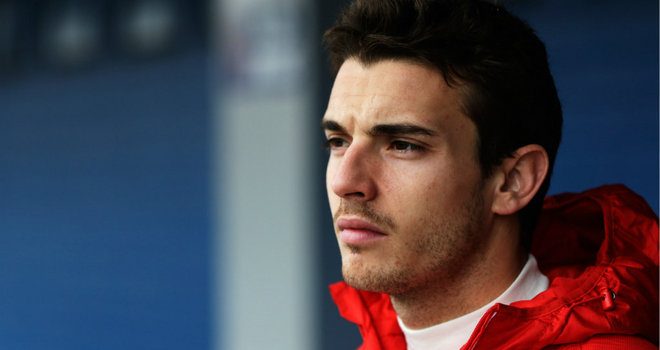 Jules Bianchi’s father was rushing to Japan Monday where the Formula One driver was in intensive care with a serious head injury, after one of the worst crashes the sport has seen in nearly two decades.

The French driver underwent emergency surgery on Sunday after slamming into a recovery vehicle on the Suzuka track near the end of a rain-sodden Japanese Grand Prix.

A small crowd of journalists had gathered Monday outside the Mie Prefectural General Medical Centre in Yokkaichi, the nearest hospital to the track.

The hospital was refusing to comment on the driver’s condition, citing patient privacy and directing enquiries to the FIA.

An AFP reporter at the scene said Marussia team principal John Booth and team general manager Graeme Lowdon had arrived at the facility.

Both men appeared to have slept little and deflected questions on the driver’s condition.

Venezuelan Formula One driver Pastor Maldonado was also seen at the hospital, where Felipe Massa had been spotted Sunday evening.

All three drivers are represented by agent Nicolas Todt, who was understood to be on his way to Yokkaichi from Paris.

Bianchi’s father was flying from France to be at his son’s bedside and was expected to arrive at the hospital Monday evening.

“Jules is seriously injured,” Philippe Bianchi told France 3 television on Sunday. “He is undergoing surgery for a head injury and we will need to wait 24 hours to know any more on his condition.”

An unconscious Bianchi had to be removed from the wreckage of his car after the horror smash, which happened as he ploughed into a recovery vehicle lifting Adrian Sutil’s prone Sauber away from danger after the German had skidded into a wall on lap 42.

The race was red-flagged and then declared over after 44 laps.

“The driver was removed from the car, taken to the circuit medical centre and then by ambulance to Mie General Hospital,” FIA press officer Matteo Bonciani said in a statement.

“The CT scan shows that he has suffered a severe head injury and he is currently undergoing surgery. Following this he will be moved to intensive care where he will be monitored.”

The FIA added: “A recovery vehicle was despatched in order to lift (Sutil’s) car and take it to a place of safety behind the guardrail. While this was being done the driver of car 17, Jules Bianchi, lost control of his car, travelled across the run-off area and hit the back of the tractor.”

Bianchi, a member of Ferrari’s young driver programme, is in his second season in Formula One.

He scored a memorable ninth place in Monaco this year, giving the back-of-the-grid Marussia team their first points since their debut in 2010.

Championship leader Lewis Hamilton won Sunday’s race, which had been threatened by a typhoon and began behind the safety car with drivers complaining over team radios that they were unable to see through the spray.

Formula One has largely avoided serious accidents since 1994, when Ayrton Senna and Roland Ratzenburger died at San Marino.

Massa, who was involved in a freak crash during qualifying for the 2009 Hungarian Grand Prix when he was hit in the helmet by a part that had come loose from another car, said after the race that the conditions had been bad.

“I was already screaming on the radio five laps before the safety car that there was too much water on the track, but they took a bit too long and it was dangerous. So we saw that there were some crashes at the end,” said Massa.

Reigning world champion Sebastian Vettel, who was third on Sunday behind the Mercedes duo of Hamilton and Rosberg, said results were irrelevant in the light of Bianchi’s crash. – Agence France-Presse