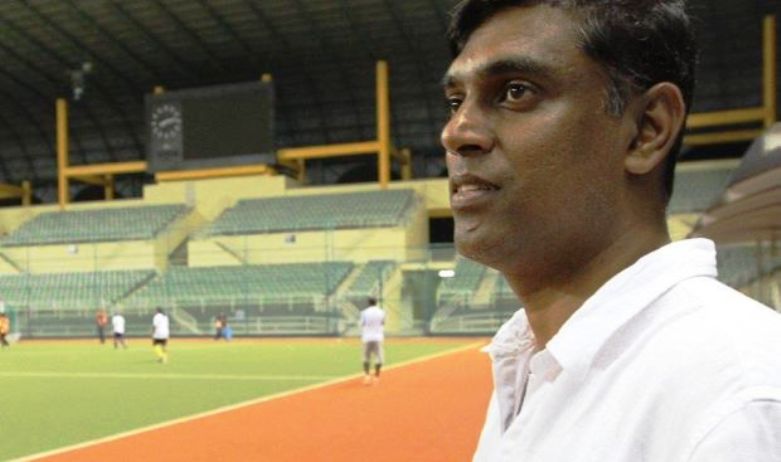 Malaysia coach A. Arulselvaraj did not mince his words when he voiced his disappointment with the performance of certain Malaysian players in the on-going 4th Sultan of Johor Cup Under-21 Invitational tournament at Johor Bahru’s Taman Daya Hockey Stadium.

Without naming them, Arulselvaraj was obviously hitting at senior players Shahril Saabah and Meor Azuan Hasan and Azril Misron who have not only failed to deliver but guide the young Project 2016 players.

Shahril came into this tournament with 25 caps to his credit while Azuan has 18. Skipper Haziq Samsul is the next with six international caps.

“The team gave a far better performance against New Zealand compared our first match against Australia. Our next match is against Great Britain, which is the team to beat. I expect my players to up their ante against Britain who have not conceded a goal after two matches.

“Britain has a good defence and hopefully we will be the first team to score against them,” added Arulselvaraj.

Malaysia lost 2-1 to Australia in their opening match after taking the lead. Against New Zealand it was the same scenario, Malaysia’s defensive lapse allowed the Kiwis to snatch the equaliser and share points.

“It is the performance of the players that matters me most instead of the results. I am pleased with the way the players have performed, showing improvement with each match.

“You must remember that except for the three seniors in the team, the rest are playing their first tournament of this magnitude. They have never played before such a crowd…it is a whole new experience for them. This is the first time they are being escorted by police outriders for a match.”

Malaysia were the inaugural champions in 2011, defeating Australia 3-2 for the title and finished runners-up to India, who beat them 3-0 in the final;last year.

While Malaysia will be looking for their first win in the tournament this year, an epic battle is on the cards when traditonal sub-continent rivals Pakistan clash in the “match of the day” which is expected to draw a bumper crowd.