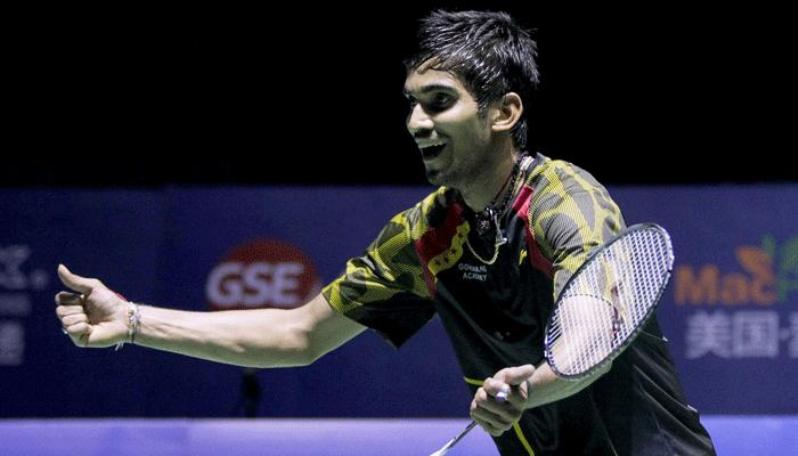 Overnight sensation Kidambi Srikanth will try to write more positive headlines forbadminton this week in Hong Kong after he shocked the great Lin Dan in the China Open final — just months after a meningitis scare.

The emergence of a new star in Sunday’s final could not come at a better time for the sport as it reels from world number one Lee Chong Wei’s positive drugs test.

The 21-year-old Indian said he was in dreamland after stunning Lin, the multiple world, Olympic and Asian Games champion, in straight games on home soil in Fuzhou.

And Srikanth’s victory was all the remarkable as it came just five months after he collapsed in a changing room and was rushed to intensive care with meningitis.

The quietly-spoken youngster from Andhra Pradesh found it hard to put Sunday’s win, which was against one of his sporting idols, into words.

“To beat Lin Dan in a final is a dream come true,” he said. “I just played my 100 percent because there was nothing to lose.”

The 16th-ranked Srikanth is unseeded at the Hong Kong Open, so sudden has been his success, and he faces a tough opening clash on Wednesday against world number eight Chou Tien-chen of Taiwan.

He won’t have to get past Lin again as the Chinese star pulled out on Monday after suffering a flare-up of a knee injury in Sunday’s final against Srikanth.

In July, Srikanth was discovered unconscious on the floor of the locker room at the famed Gopichand Badminton Academy in Hyderabad, where he has trained since 2008.

But this week Srikanth, who quickly recovered, will be the centre of attention in the absence of Lee, who is provisionally suspended, and the sidelined Lin.

Srikanth’s style, movement and approach have been likened to Lee by none other than the Malaysian great’s coach Tey Seu Bock, who first spotted the youngster at an Indian Badminton League event.

Lee was also impressed when pushed all the way by a spirited Srikanth at the Singapore Open in April this year.

“I have to admit that Srikanth played very well today and posed a strong challenge,” Lee said after edging it 21-19, 21-18.

“He is in his early 20s and is one the juniors coming through. He will be quite a handful for the top players in the future.” – Agence France-Presse