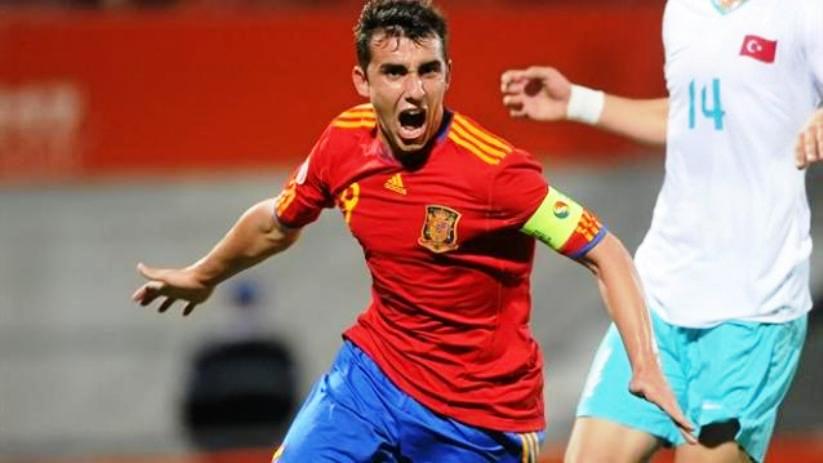 After their abject failure at the World Cup, Spain have a new look as they begin preparations for the defence of the European Championship with a friendly against France on Thursday.

Just over two months on from their group-stage elimination as World Cup holders in Brazil, coach Vicente del Bosque takes a squad that is a mixture of familiar faces and potential stars of the future for the match at the Stade de France, the venue for the Euro 2016 final.

Xavi Hernandez and Xabi Alonso, veterans of the side that won Euro 2008, the 2010 World Cup and Euro 2012, have retired from international football, following in the footsteps of David Villa.

Pepe Reina, Fernando Torres and Juan Mata were all omitted, while fitness problems of varying degrees have ruled out Gerard Pique, Andres Iniesta and Javi Martinez.

Of the new faces, five are uncapped and four are aged 23 or under, including Valencia striker Paco Alcacer (outside pix). Others, like 28-year-old Atletico Madrid midfielder Raul Garcia, have had to wait a little longer for their opportunity.

They all join 22-year-old Atletico midfielder Koke, who went to the World Cup but is now expected to take on extra responsibility.

“It’s a team for now with a view to two years down the line,” explained del Bosque after unveiling his squad, with the aim of Thursday’s match being to prepare for their opening Euro 2016 qualifying Group C fixture against Macedonia in Valencia on Monday.

“We have come up with a squad that is a consequence of our bad performance, (but) the World Cup has not left any effects nor do I think we need to change our way of acting in the future.”

Defender Sergio Ramos, another survivor from Euro 2008, called for La Roja to get back to basics.

“We are going to try to get back to what we were and forget about the success we have had because we can’t always live off that,” said the Real Madrid defender, a veteran of over 100 caps, as he arrived for the squad get-together this week. 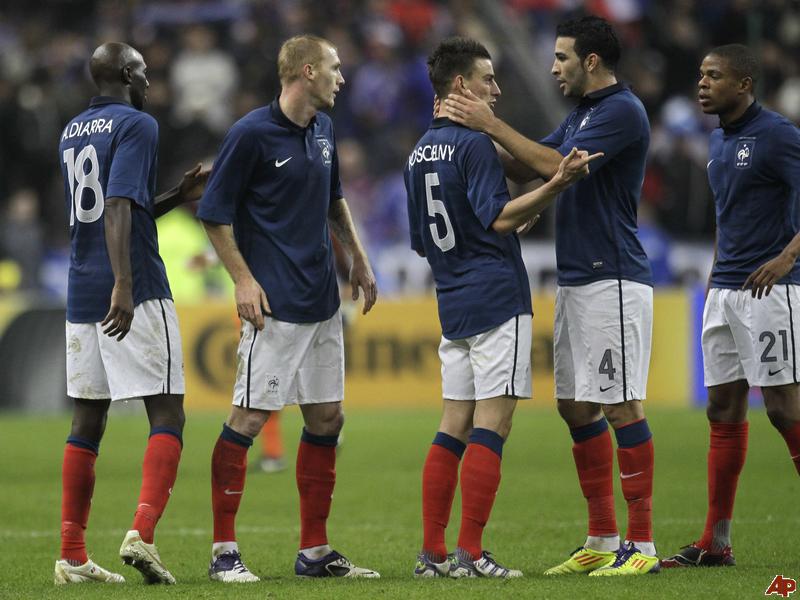 In contrast to Spain, France came out of the World Cup with their reputation greatly enhanced, a narrow quarter-final defeat to eventual winners Germany coming after some impressive performances in the group stage.

Coach Didier Deschamps is now embarking on a two-year run of friendlies before France hosts Euro 2016, where they will be expected to feature prominently with a squad that is a healthy mix of youth and experience.

Indeed, Deschamps only made three changes to his World Cup squad for the game and Sunday’s friendly against Serbia in Belgrade, with one the return of fit-again Marseille goalkeeper Steve Mandanda in place of the retired Mickael Landreau.

But Deschamps has admitted that his starting line-up against the reigning European champions may be the same as that which took to the field against Germany at the Maracana in Rio de Janeiro on July 4.

“We have two matches very close together but the team which starts on Thursday will be close to that which started against Germany,” said Deschamps, who added that his priority is to make sure his team are “as competitive as possible in two years.”

There will of course be no Franck Ribery, the Bayern Munich winger who missed the World Cup with a back injury and has now retired from international football to the surprise of many.

France lost 2-0 to Spain at the Euro 2012 quarter-finals and finished second behind La Roja in qualifying for the World Cup, drawing 1-1 in Madrid and then losing 1-0 at home in Paris in March last year.

“We are more respected than a few years ago,” he said. “We have shown that we are ready to fight, to give everything for the shirt. We have more confidence in ourselves. Other countries fear France more and more.