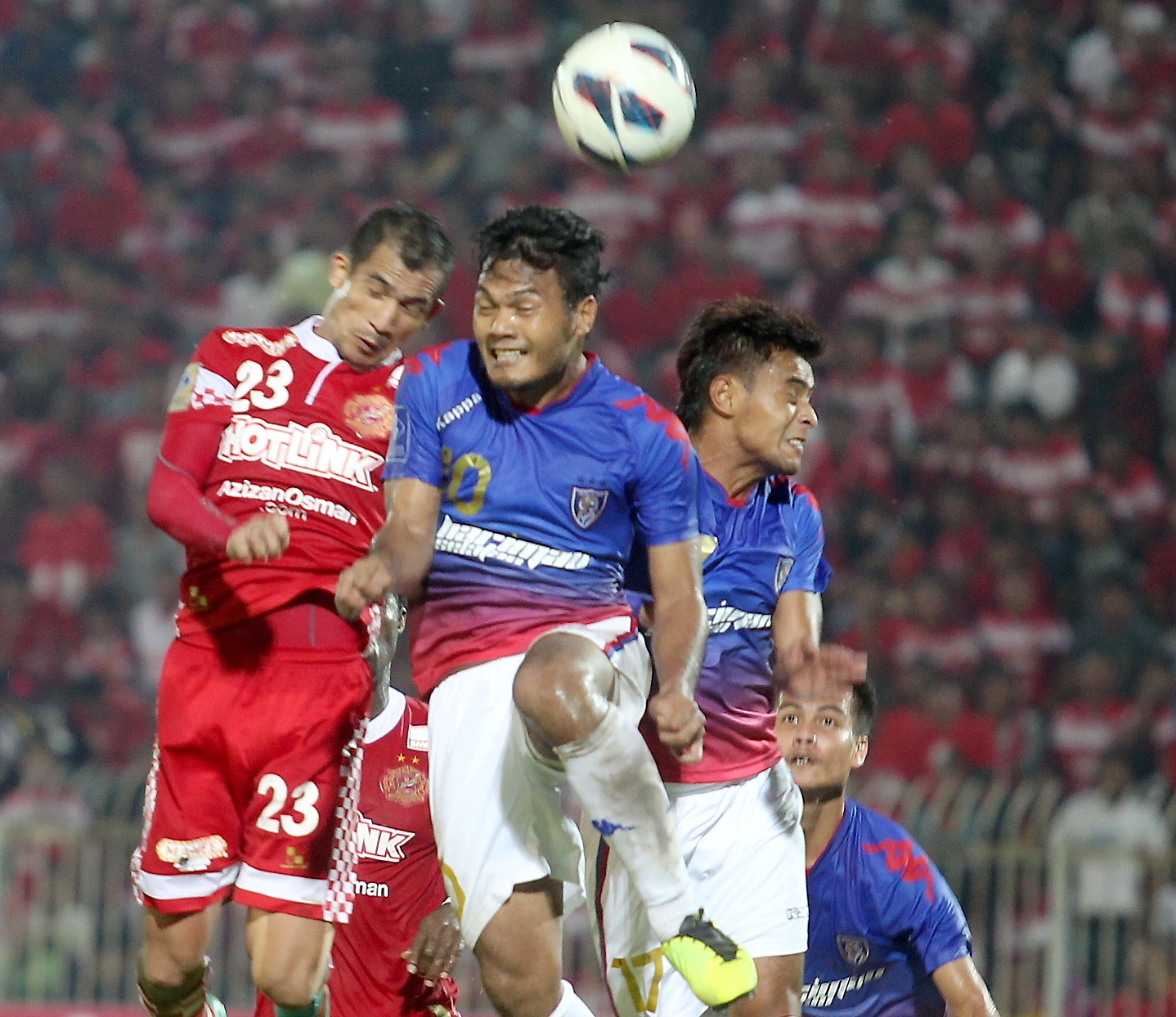 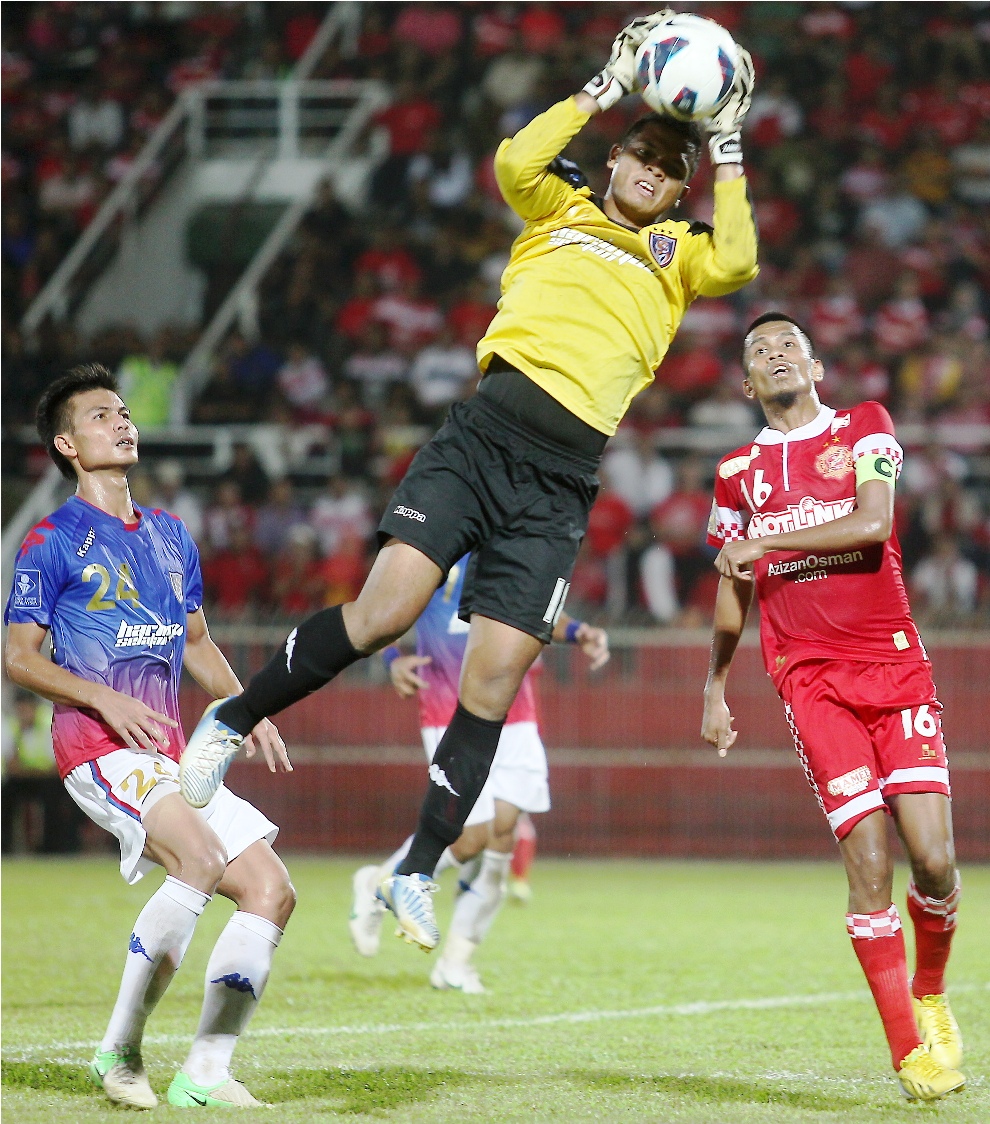 *Coach Boateng had to be restrained from trying to attack referee

*Fandi slams his players after 4-1 defeat to Felda United

On a night when four red cards were flashed during Tuesday night’s Malaysia Cup matches – one in Kota Bahru, two at the Pasir Gudang Stadium and one at the Selayang Stadium – Lions XII coach Fandi Ahmad slammed his players for their poor performance in the 3-1 defeat at the hands of Felda United in a Group A match.

There was high drama at the Sultan Mohd IV Stadium when Kelantan coach George Boateng rushed into in the field at the final whistle and charged at the referee for giving Kelantan player Nik Shahrul Azim the marching for a second bookable offence in the 88th minute.

At the Selayang Stadium Fandi was a dejected man with the manner the Lions lost the match and ended their Malaysia Cup campaign with only one win – 2-1 against Pahang in Kuantan last week.

“This is our last match and some of our fans came down to support us. We disappointed them and we disappointed ourselves,” said a dejected Fandi after the match which also saw his player Zulfahmi Ariffin sacked deep into injury time for a second yellow card.

“There is no character and discipline. It was a disappointing match. We only woke up in the second half.”

With the win Felda United, who will play in the Super League next season after earning promotion to the elite league with a second place finish in the Premier League this year, finished on top of the group with 13 points.

Zah Rahan opened scoring for Felda United before Faris Ramli scored for the Lions. But goals by Indra Putra Mahyuddin and Makeche Ndumba finalised the score at 3-1.

Defending Malaysia Cup champions Pahang ended up in second spot with 10 points after a 1-1 draw with Johor Darul Takzim II at the Pasir Gudang Stadium.

JDT II took the lead through Nicolas Delmonte off a 14th minute penalty before Zesh Rehman equalised for the Elephants on 72 minutes.

At the City Stadium, Penang came from behind to beat Armed Forces 2-1.