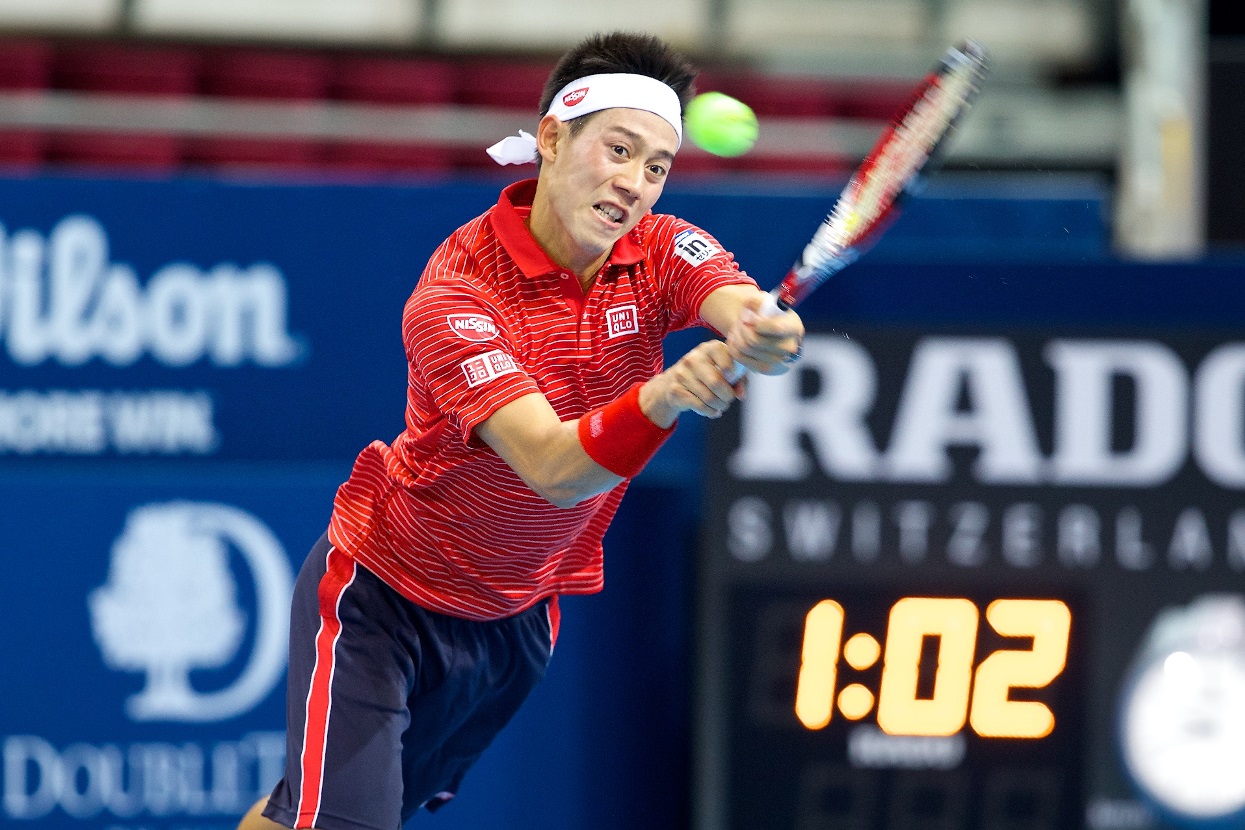 Kei Nishikori and Marin Cilic set-up a shock US Open final Saturday as Novak Djokovic and Roger Federer, with 24 Grand Slams between them, were dumped out in one sensational afternoon.

Japan’s Nishikori, the 10th seed, became the first Asian man to reach a Grand Slam final when he swept past seven-time major winner and world number one Djokovic 6-4, 1-6, 7-6 (7/4), 6-3 despite on-court temperatures of almost 40 degrees.

It will be the first major final that has not featured one of the big three of Djokovic, Federer or Rafael Nadal since the Australian Open final in 2005 when Marat Safin defeated Lleyton Hewitt.

The 27-year-old Djokovic was the 2011 champion in New York. He was playing in his eighth successive US Open semi-final and bidding for a sixth final, his 15th overall at the majors.

In contrast, 24-year-old Nishikori’s best effort had been a run to the quarter-finals of the 2012 Australian Open.

“I was a little bit tight especially as it was my first semi-final in a Grand Slam but it’s just an amazing feeling to beat the number one player,” said Nishikori.

“It was tough conditions, it was a little heavy and humid but I guess I love to play long matches.”

Djokovic, playing in his 17th semi-final of the last 18 Grand Slam events, admitted Nishikori was the better player.

“He played some great tennis. I congratulate him for the effort. He was the better player today,” said the Serb.

Despite playing back-to-back five-setters over eight and half hours to get to the semi-final, Nishikori wrapped up the first set in 39 minutes.

Djokovic, shrugged off his lethargy, breaking in the fourth and sixth games on his way to levelling the semi-final with a sixth ace securing the second set.

Nishikori, threatening to wilt in the heat, had to save four break points in an 11-minute third game of the third set which went to seven deuces.

He then conjured up a break for 5-3, but cracked when trying to serve out the set, his second double fault handing the break straight back to the Serb.

Nishikori went 4/0 and 5/2 in the tiebreak and claimed the set when Djokovic went limply wide with a weary forehand.

Nishikori then turned the screw, breaking for 1-0 in the fourth set and fending off three break points in the next for 2-0.

And that was almost that.

Down and nearly out, Djokovic was broken again in the ninth game when he sent a forehand long, a shot which rocketed Nishikori into the record books.

Cilic, who missed the 2013 US Open as he sat out a doping ban, overwhelmed 17-time Grand Slam champion Federer with 13 aces and 43 winners.

The second seeded Swiss, the champion between 2005 and 2008, was bidding at 33 to become the oldest winner of a Grand Slam title in more than 40 years and vying to reach a seventh final in New York.

Instead, he was out-played by the 25-year-old Cilic, ranked 16th in the world, whose only prior appearance in a major semi-final was at the 2010 Australian Open.

Federer had come from two sets to love down and saved two match points in his quarter-final win over Gael Monfils, but there would be no astounding escape this time.

“To be able to play like this, I never dreamed of,” said Cilic. “I think today was just the best performance ever in my career.”

Federer said he wasn’t affected by his five-set marathon against Monfils.

“I was feeling fine. I just think if I could have stayed longer with him in the first set, I felt like there was a proper match going on,” said the Swiss.

“But I think him playing with the lead he played with — no fear and just full-out confidence, which clearly everybody at this point sort of has in the semis of a slam.

“I think Marin played great. I maybe didn’t have my best day, but I think that was pretty much it in a nutshell.”